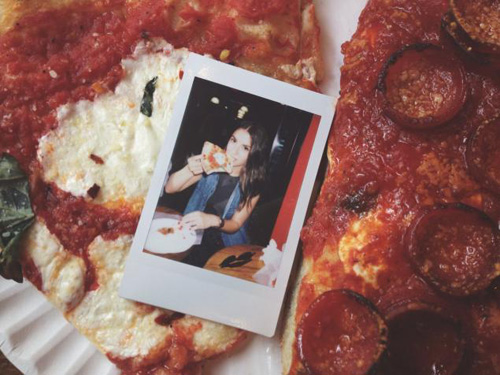 Pizza is for lovers and those most in love with America's favorite food are women in their 30s who exercise twice a week, according to a new study.

The study, conducted by the Center for Generational Kinetics, and reported in Nation's Restaurant News, defined a pizza lover as someone who both orders pizza from restaurants and buys frozen pizza from supermarkets at least once a month. Researchers queried 1,004 American adults in May, 2015 who fit that category. Findings were: 63% of “pizza lovers” are women; 59% are aged 35 or older; 68% exercise twice or more per week; and 78% of pizza lovers like to have soft drinks with their pizza, not beer. The study is associated with Smart Flour Foods, a gluten-free pizza crust supplier.

These results surprised the study's co-authors who expected to see pizza lovers more align with the stereotypical image of overweight men who drink beer and watch football. “It shows that how the population thinks about pizza in general is very different than I think our perception of those who eat pizza frequently," said Jason Dorsey, chief strategy officer for The Center for Generational Kinetics.

Read more about the love affair between fit women and pizza.