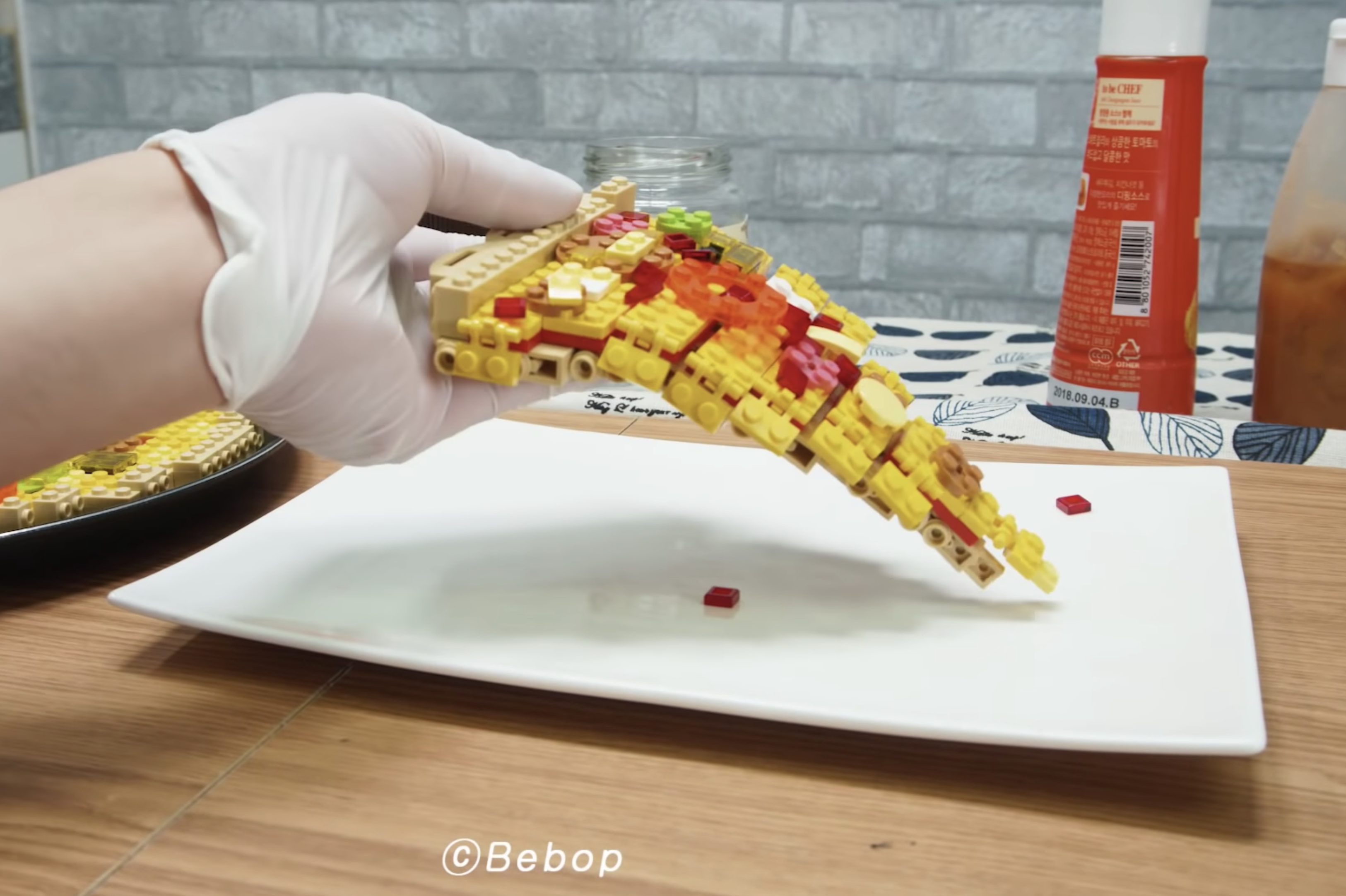 Bebop, a YouTube blogger, has been creating stop-motion videos for only four months yet these videos are on a Disney-level of impressive.

His most recent video features the Lego Pizza, fashioned out of countless special lego blocks. Bebop said he took 3,300 pictures to create the curiously delicious video.

An admirer joked that the video is when you’re rich and don’t know what to do with your money, to which Bebop said he was but a poor student.  We think he has a bright future in the movie industry!