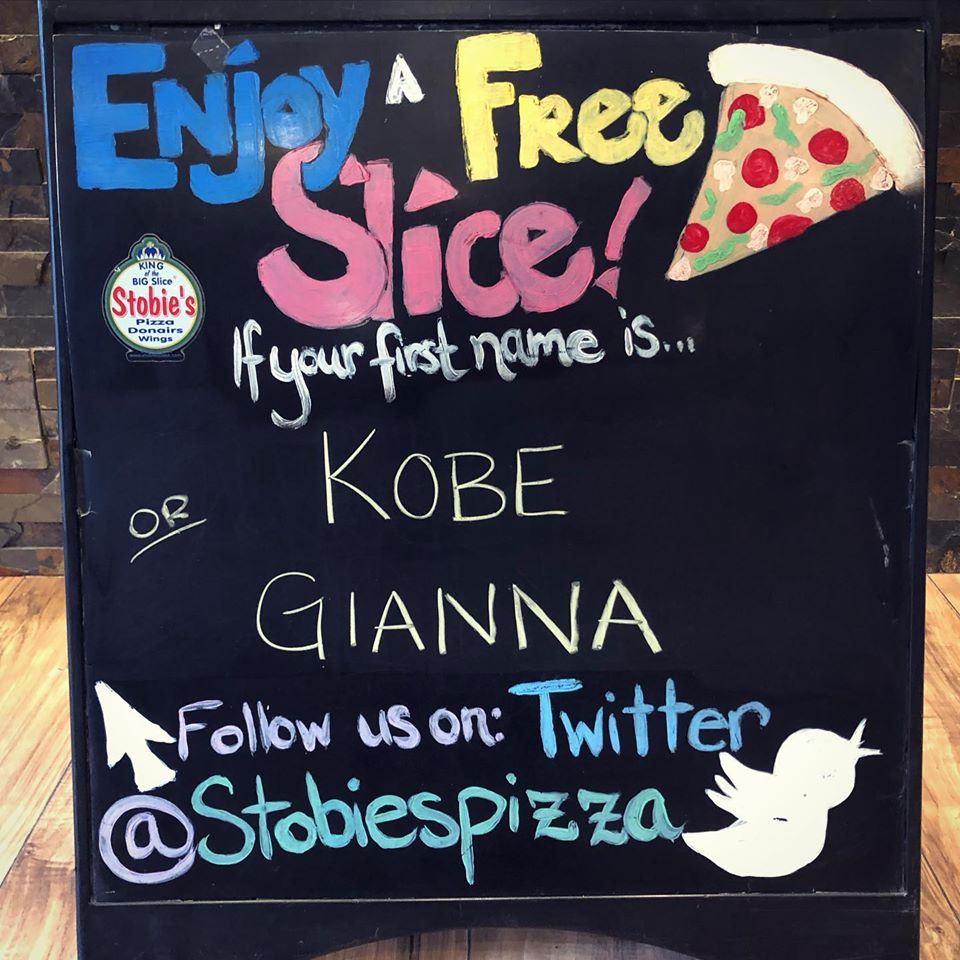 An attempt to honor the late NBA legend Kobe Bryant and his daughter, Gianna—victims of a tragic helicopter crash on Sunday, Jan. 26—with a free-slice special set off a social-media firestorm for Stobie’s Pizza in Canada. But support also poured in for a promotion that, according to the pizzeria, was intended as a “pure of heart” gesture.

Stobie’s Pizza in London, Ontario routinely writes “names of the day” on a chalkboard and offers a free slice to anyone with those names. With a boost from social media, it’s a popular and highly effective promotion designed to bring in traffic. But when the pizzeria placed the names Kobe and Gianna on the board the day after the crash, not everyone was pleased.

Stobie’s Pizza posts a photo of the “names of the day” board on Facebook every day, with relatively uncommon names like Grady and Mabel or Albano and Kasia. The posts get shared across the social media platform, and users often tag their friends whose names appear on the board.

All totaled, the Kobe and Gianna post had received 898 reactions, 155 comments and 84 shares as of Tuesday afternoon, Jan. 28. The vast majority of the comments were positive, praising the offer as an appropriate tribute, but not everyone was pleased. Some thought it was in poor taste, while others commented that the pizzeria should also post the names of the less famous individuals killed in the crash.

Which is exactly what Stobie’s Pizza had planned to do anyway, according to a later post. 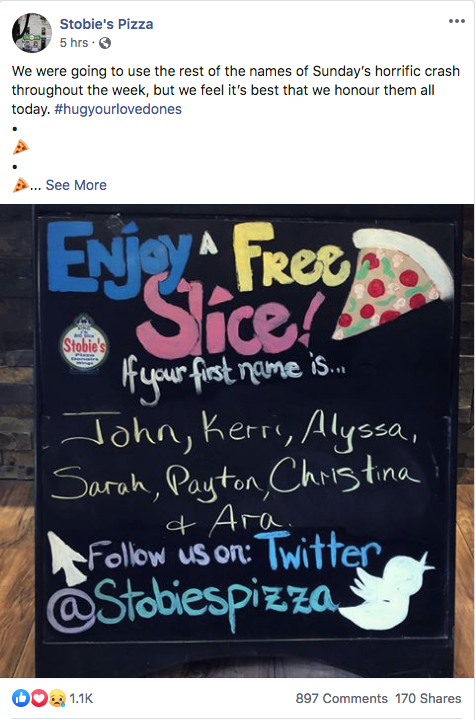 To smooth over the controversy, Stobie’s Pizza posted an apology on Facebook on Monday afternoon. “The names of the day is not just a marketing tool for us. Over the past 6 years of doing the names of the day we have used the board as our way of honouring and showing respect to mothers, fathers, veterans, members of our community, as well as those who’ve passed away, celebrity or not. Our intent was pure of heart and meant only to honour them. We sincerely apologize to anyone offended. Please know from the bottom of our hearts that we are truly sorry that this has upset so many of you, it was not our intention.”

The kerfuffle caught the attention of CTV News, which posted a story about it on Jan. 28, providing additional exposure for Stobie’s Pizza. 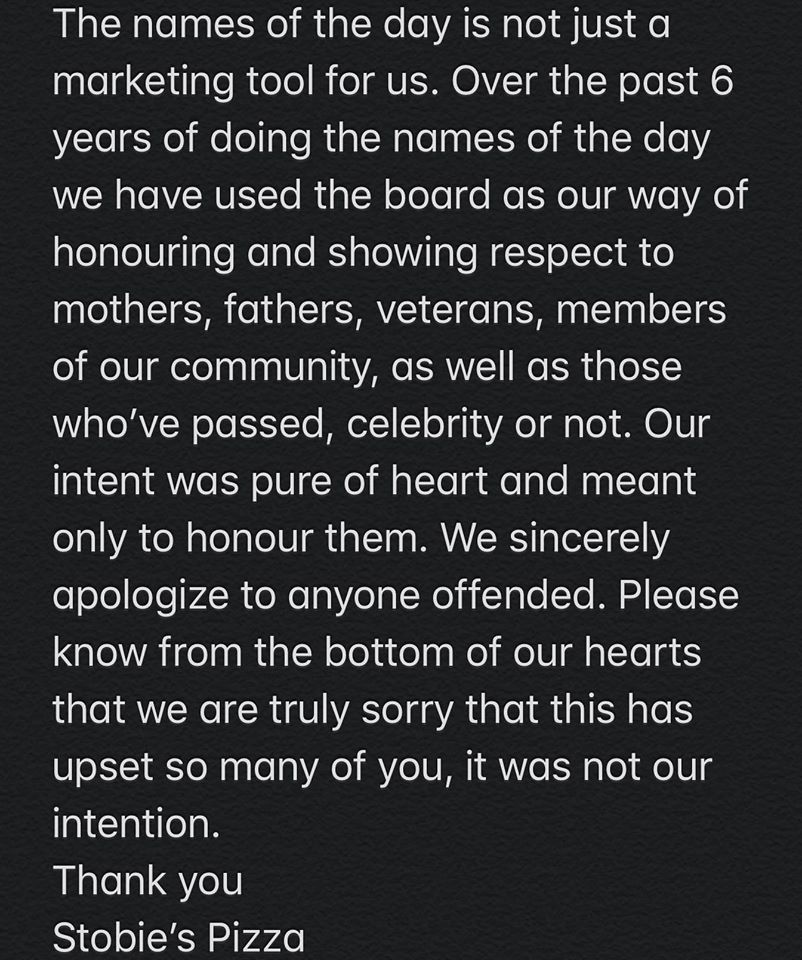