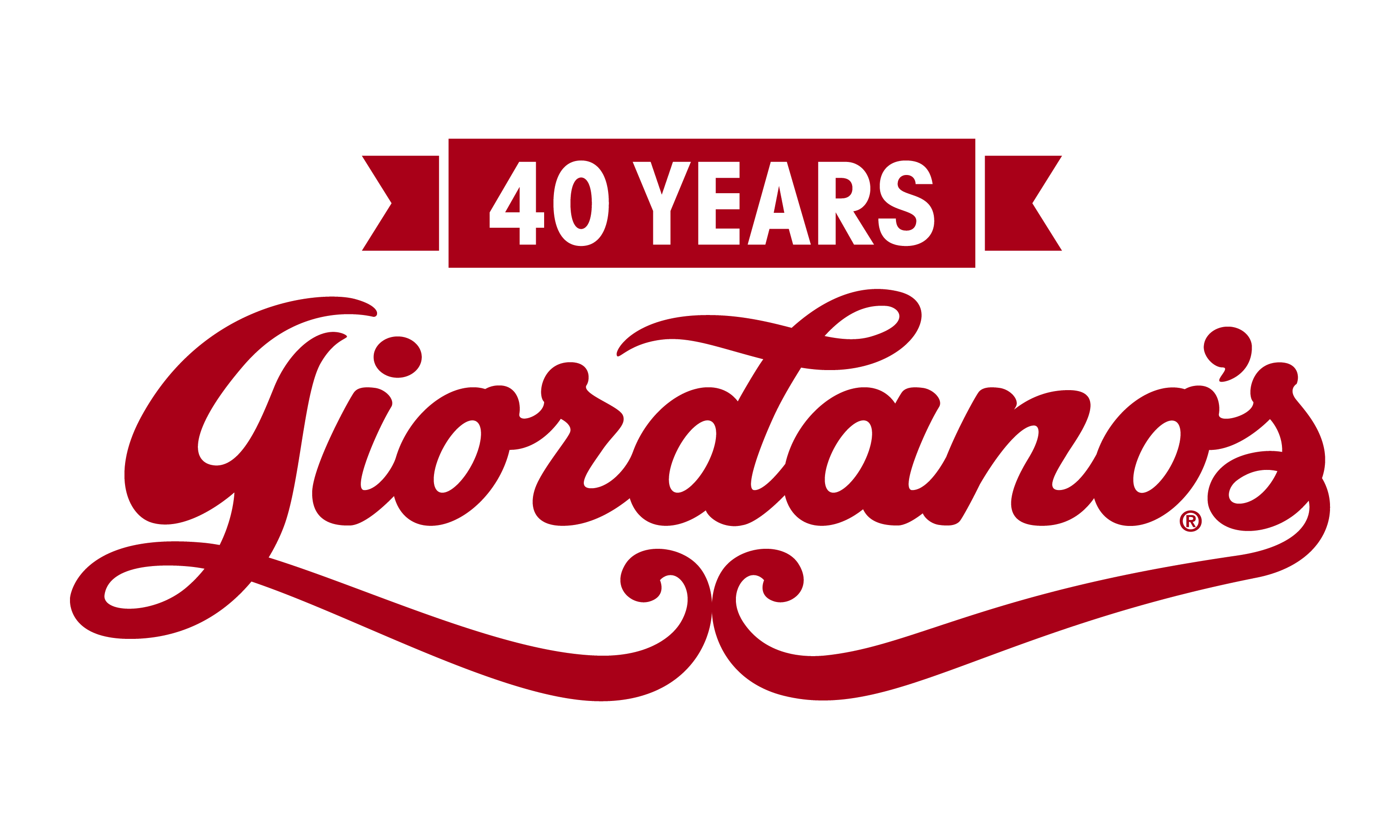 Giordano’s Famous Stuffed Pizza, Chicago’s number-one deep-dish pizza maker since 1974, has officially turned the big 4-0. To celebrate its major milestone, Giordano’s will spend 40 days celebrating and reflecting on its 40 years at the top of Chicago’s rich pizza tradition with pizza giveaways, fun social media posts and new menu items, and will also look ahead to the company’s next 40 years.

“Giordano’s has deep roots in Chicago, going back to 1974, as the leader in establishing Chicago as the epicenter of deep-dish stuffed pizza,” said Yorgo Koutsogiorgas, President and CEO of Giordano’s. “This is why, 40 years later, we are so honored to have earned a place in the hearts of our fans and at the heart of Chicago cuisine. Turning 40 presents a perfect occasion for us to celebrate with our fans and connect even more people with our amazing pizza.”

The company’s birthday celebration – 40 Days of Giordano’s – will take place on social media from Oct. 15 to Nov. 23. Each day for 40 days, Giordano’s will tell a different chapter of its story on Facebook and Twitter, from its quality ingredients and the “stuffed” nature of its pie, to its national reach and key partnerships. Throughout the month, Giordano’s will ask its fans to weigh in on pizza trivia (such as, “How many pounds of cheese does Giordano’s use each year?”) and reward five winners with pizza for a year. Other fans engaging in 40 Days of Giordano’s will receive gift cards and merchandise.

Giordano’s would never dream of touching its stuffed pizza, a recipe for which it is internationally known. But the company has also established a reputation for satisfying customers with on-trend menu items that add excitement to the Giordano’s dining experience. In honor of its pursuit to keep its fans coming back for more, Giordano’s is launching new menu items in celebration of its 40th birthday, including:

Giordano’s has experienced substantial growth over the past 40 years. This growth has been accelerated most recently with openings of new restaurants in Chicago’s South Loop area, in Glenview, Ill., and (coming soon) Bloomingdale, Ill. Giordano’s is currently developing a number of restaurants in the Midwest and other key markets in the U.S., which will substantially increase its market share in a pizza category that Giordano’s already dominates.

In conjunction with this incredible forward momentum, Giordano’s has forged important partnerships with Chicago Bulls star Derrick Rose and the Chicago Cubs, the latter of which includes exclusive rights to serve Giordano’s pizza at Wrigley Field.

Based in Chicago, Giordano’s Famous Stuffed Pizza has been serving its world-famous pizza since 1974, when founders and immigrant brothers Efren and Joseph Boglio introduced their mother’s stuffed pizza recipe to Chicago. Becoming one of the originators of what is now internationally known as Chicago-style stuffed pizza, Giordano’s has 43 locations throughout the Chicagoland area, three restaurants in Florida and is also available for shipping anywhere in the continental United States by visiting www.giordanos.com. Giordano’s was recently named 2014’s “Best Pizza in Chicago” by Chicago Magazine readers. In late 2011, Giordano’s was acquired by Victory Park Capital, an asset management firm focused on middle-market debt and equity investments with headquarters in Chicago.