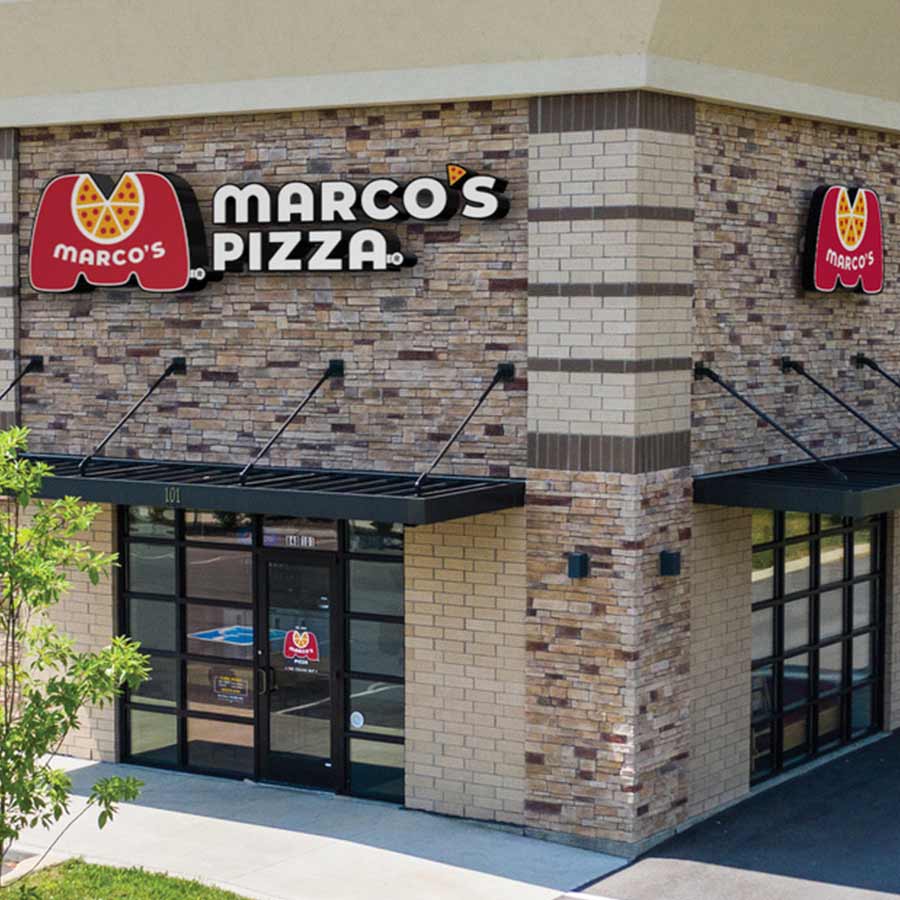 Related: Why you need to hire a restaurant whisperer

Stephanie Moseley took the long route to her current position as a high-powered—and award-winning—multi-unit franchisee for Marco’s Pizza, one of the nation’s fastest-growing pizza brands.

Moseley formerly served as an intelligence analyst for the U.S. Air Force specializing in advanced reconnaissance aircraft. From there, she moved into pharmaceutical and biotech sales before becoming a Marco’s franchisee. Now she’s looking to add to her three Marco’s locations and ultimately open 10 stores in all. And she has also received the prestigious Franchisee of the Year award from the International Franchise Association (IFA), so it’s safe to say she’s very, very good at her job.

The prestigious IFA award honors a select group of franchisees who have demonstrated excellence within the franchise community. Moseley was the only Marco’s brand franchisee to be recognized among this year’s winners. Sponsored by IFA partner Paychex, the Franchisee of the Year award recognizes leading franchisees who exemplify at least one of IFA’s “Open for Opportunity” core pillars: Community; Workforce; Diversity, Equity and Inclusion; and Veterans.

“I’m honored and humbled to receive the IFA’s award and owe everyone who has been there to support me a tremendous amount of gratitude for their hard work, dedication, excellence and commitment to the business,” Moseley said. “This is such a huge achievement for me as it validates that my efforts have not gone unnoticed. My Marco’s franchising experience presents such a unique opportunity to grow a business portfolio and give back to your community in ways that truly matter.”

“Marco’s has been a great blessing in my life and has been a vessel for God to use me to bless others,” Moseley added. “With three stores open, one opening next month, two more in development to open by the end of 2022, and another four to open from there, this is a remarkable journey and I continue to look forward to an even brighter future with Marco’s Pizza!”

From the beginning, Moseley planned to become a multi-unit empire builder for the Marco’s brand. She credits her Air Force background for her ability to remain steadfast and focused on growth and opportunity, even in the face of uncertainty.

Moseley spent seven years as a USAF intelligence analyst with top-secret clearance, running a division that oversaw the highest- and fastest-flying reconnaissance aircraft ever built. In this role, she said she learned how to apply critical and analytical thinking in decision-making.

After rising to the rank of captain in the Air Force, Moseley transitioned into pharmaceutical and biotech sales and then into entrepreneurship with Marco’s Pizza, achieving growth and long-term success even amid the ongoing pandemic.

“As a veteran myself, this is a proud moment—having the opportunity to nominate Stephanie for her tremendous success with Marco’s and to see her win on the big stage among some of the top performers in all of franchising,” said Tony Libardi, co-CEO and president of Marco’s Pizza. “Her passion and commitment to Marco’s is simply unparalleled. From being the first to volunteer and pilot new initiatives, to taking on additional leadership roles, to embracing our people-first approach to business, Stephanie has proven herself as a standout performer with a track record of excellence which has set the foundation for continued growth and opportunity. With Stephanie and others, Marco’s continues its long history of providing specific franchise purchase incentives to support both veterans and first responders.”

Moseley operates three Marco’s stores in Newport News, Suffolk and Yorktown, Virginia. She’s well on her way to owning a desired 10 locations and growing her pizza empire. Her next location will open in April in downtown Newport News and will offer a lunch and dinner option on the Newport News Shipbuilding campus, which is the largest industrial employer in Virginia and sole designer, builder and refueler of U.S. Navy aircraft carriers and one of two providers of U.S. Navy submarines.

Marco’s is experiencing explosive growth and record-breaking double-digit same-store-sales increases year-over-year, and it continues to pilot new programs—investing millions of dollars into technology and innovation—to sustain its performance. The company is on track to reach $1 billion in annual systemwide sales in 2022.

Marco’s has set a development goal of opening 1,500 units by 2023 as it sets sights on becoming the No. 4 brand in pizza. According to FRANdata, a leading research and advisory firm that analyzes the franchise market, Marco’s 2021 FUND Score is in the top 1% of all evaluated franchise systems and is among the top three scores for all QSR brands. The Top 50% of Marco’s franchised stores generated $1,059,574 AUV for 2020, the company said.