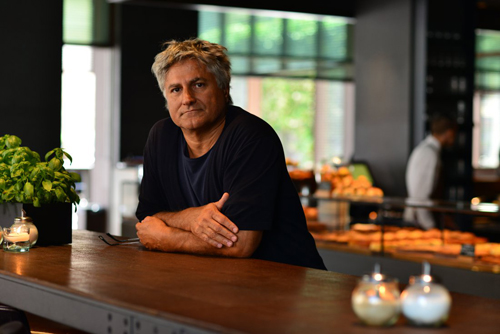 “I’ll take a slice of Margherita with that Caramel Frappuccino.” That’s the unlikely request you may soon be hearing at Starbucks Roastery locations and in new food-focused Reserve coffeehouses where pizza will be featured on the menu.

In addition to offering pizza at Starbucks-branded sites, the java powerhouse will debut stand-alone versions of the Italian artisan bakery Princi. The cafes will open in late 2017 and early 2018 in Seattle, New York and Chicago, according to Fortune.com.

Starbucks invested earlier this year in the boutique bakery, which currently operates five European locations, including Milan and London. The plan is to offer Princi’s signature baked items, like focaccia and authentic Italian oven-baked pizza, in upgraded Starbucks stores where expanding food sales is seen as the key to the company’s continued growth. Although Starbucks has made previous forays into expanded food services, 74% of its revenue continues to percolate from coffee sales.

At the Roastery and Reserve locations, dedicated bakers will create artisan pizza, and other baked goods, in the ovens while Starbucks baristas concentrate on coffee. A specialty brew has even been created to pair with your favorite slice. A Roastery is open in Seattle with sights set on 20-30 more worldwide, including New York and Shanghai locations. Starbucks says it will build up to 1,000 stores with a Reserve coffee bar experience by the end of 2017. Twelve exist today, located in New York, Chicago, Atlanta, Baltimore and Boston.