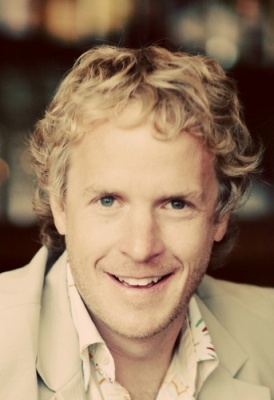 The owner of a pizzeria in St. Louis is getting national recognition for doing what he felt was right: boosting his employees’ starting wages to $10.10 an hour.

Pi Pizzeria, a small chain with five stores and a mobile unit in the St. Louis area, plus a sixth store in Washington, D.C., recently announced that it would provide the pay raise to all of its employees, even while politicians and business leaders around the country continue to debate raising the national minimum wage. (The National Restaurant Association has opposes raising the minimum wage, saying it will lead to job losses in the industry.) After Pi Pizzeria’s announcement, a tweet by St. Louis Mayor Francis Slay caught the attention of the White House, and President Obama used the pizzeria as an example when speaking about the minimum wage in his weekly radio address Saturday.

Chris Sommers, co-owner of Pi Pizzeria, spoke with PMQ via email about the pay increase.

PMQ: What went into the decision to raise Pi Pizzeria’s minimum wage to $10.10 for all employees?

Sommers: We have wanted to do this for a long time. We began researching it in the fall and concluded that we can pay for this through (savings) associated with turnover and improved morale. None of our employees was making just the Missouri minimum wage of $7.50—we already paid more than that. But those at the bottom of the pay scale, whether at our restaurants or anywhere in the country, are just scraping by. It's our hope that this incremental increase will help those people do more than just get by.

PMQ: How did this news get to President Obama?

Sommers: The White House saw a tweet by Mayor Slay of St. Louis that mentioned it. They then let the president know; he originally mentioned it in an interview with Mike Bush of (NBC affiliate) KSDK, then again in his weekly address on Saturday morning.

PMQ: How did it feel to be praised as a good example for the country by the president?

Sommers: We are incredibly honored. The timing of this move was just coincidental, as far as the president promoting this. We began our research in November 2013, but it took a few months so that we could analyze the ability to pay for this in peak and low seasons.

PMQ: What is the impact of the raise for the customer? Will they see rising prices on the menu?

Sommers: No, we are not raising prices to pay for this. We don't have to.

PMQ: How many employees do you have? Will all of them receive the raise?
Sommers: We have approximately 375 employees. All non-tipped employees will get the raise.

PMQ: If you’re not raising menu prices, how will you handle the increase?

Sommers: We will handle this increase through reduced turnover.

PMQ: I am guessing the reaction has been positive from your employees, but what about customers?

Sommers: The response has been overwhelmingly positive. We have received so many notes from guests indicating their appreciation of this move. Guests in the restaurants are pulling aside managers and mentioning their support to our teams. In fact, we just received this email from a guest in St. Louis a few minutes ago:

“Bravo to you on raising your employees' wages. This is the right thing to do, and we will patronize your restaurants. We've been hesitant to go out to eat anywhere because we felt uncomfortable with the low pay of restaurant workers. Now we have places to go where we can feel better about it!”

PMQ: Are you seeing any negative reaction, perhaps from other business owners?

Sommers: None yet. In fact, several have contacted us wanting to learn more about our analysis on how we will pay for it, so they can hopefully do the same in their own restaurants.