Spoiled Leadership: How to Deal With Bad Apples in Your Pizza Restaurant Operation - PMQ Pizza Magazine 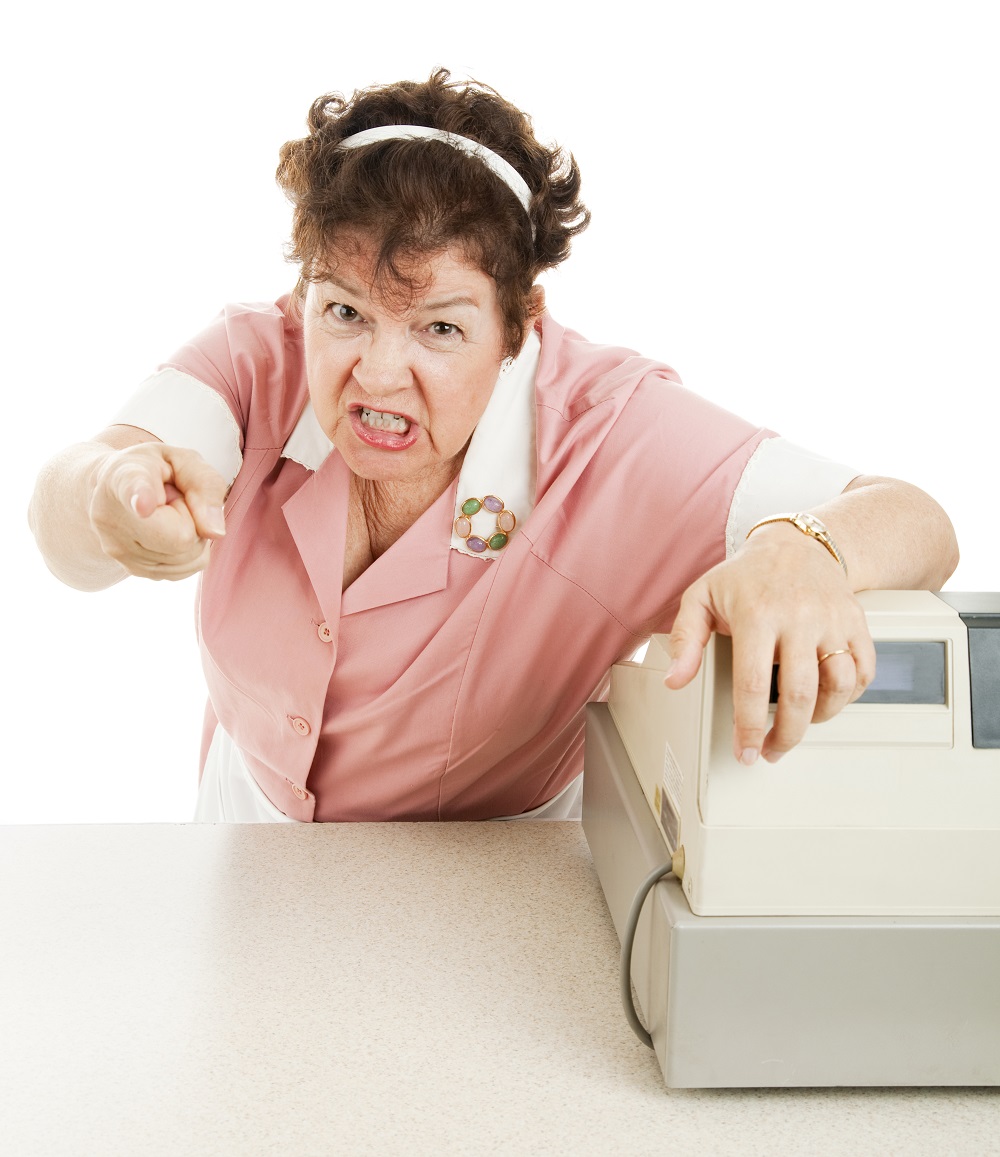 One bad apple can spoil a pizzeria's entire culture, yet many owners or managers are reluctant to toss it out.

Studies have shown that disruptive employees can harm staff morale and lead to an overall breakdown of your operations team. When forced to deal with a bad-apple type, other employees are less willing to address problems as they arise, become less communicative and don't function as well as a team.

And none of that, obviously, is a great recipe for high performance and productivity. Managers should make dealing with these bad actors a top priority, but it's hardly an easy (or enjoyable) task. These unpleasant employees can be just as draining for a manager as for anyone else. And because they require more effort to handle than other employees, managers often spend an inordinate amount of time dealing with or listening to their complaints – or complaints about them from other employees.

In a 2007 article in PMQ, the late Joanne G. Sujansky, founder of KEYGroup, shared some great tips on common problems with bad apples and how to deal with them once and for all. Her advice was strong and still holds up today, so we're sharing it again below:

Problem #1: Some company cultures let managers pass bad apples off on someone else. Rather than try to bring their bad apple's behavior to an end, many managers choose to simply move the employee somewhere else in the company. By the time they get to you, they've been with the company for so long that it seems impossible to fire them. You're tempted to follow the lead of your predecessors and simply shuffle your bad apples along to the next team, ­but all that does is move around the misery.

Solution: Well, quite simply, don't do it. Instead, you'll want to create a culture that doesn't allow managerial staff to pawn their problems off on someone else. "At KEYGroup, we call this kind of company a Vibrant Entrepreneurial Organization (VEO)," Sujansky said. "A VEO has the kind of corporate culture in which that elusive sense of ownership can flourish. It's like this: When managers feel that they 'own' their work and their company, they won't allow a bad apple to spoil either one."

Problem #2: Managers expect team members to deal with the bad apple, but they usually can't­ or won't. Your employees likely have a great deal of difficulty giving feedback to their peers. They'll almost always push the problem back to managers rather than confront the employee directly.

Solution: Research suggests that "confrontation by team members can occasionally be successful," Sujansky said. "The problem comes when team members don't feel like they have enough power in the situation. Here's another instance when developing a VEO will solve the problem. First, the sense of ownership instilled in employees who work in VEOs makes them want to find a solution to the problem themselves. In these kinds of workplaces, clear and open communication is key." Try implementing team-building exercises as a way of making your employees feel more involved and committed to solving problems. 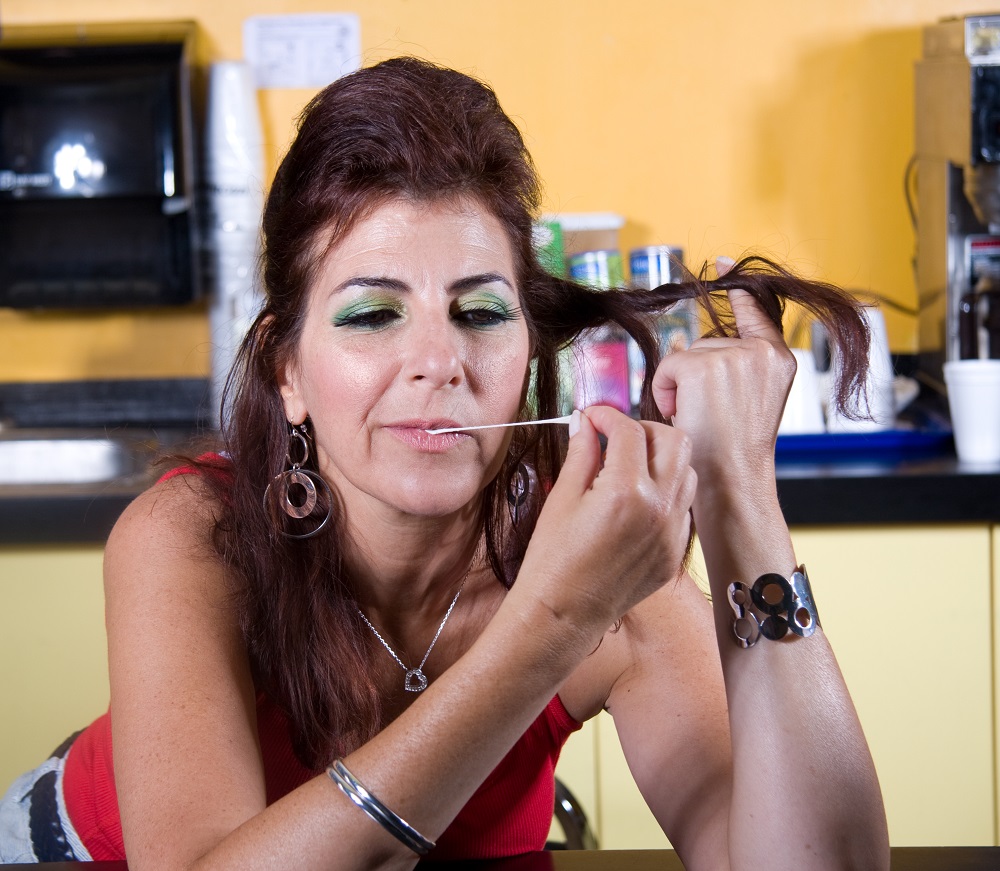 Problem #3: Bad apples can be master manipulators. After all, they've stayed around this long for a reason. When you confront them, bad apples aren't afraid to pull out all of the stops to redirect your attention from poor behavior to their more positive traits, or as is often the case, to some other employee.

Solution: "Regardless of what your bad apple is telling you in order to distract you, stay focused on addressing the issues at hand," Sujansky advised. "Simply say, 'That's not what we're here to discuss,' and bring him back to the subject of his destructive attitude. Rest assured that if you ignore it, you'll have that same employee in your office the next month and the month after that as you attempt to solve the same problem again and again."

Problem #4: Bad apples aren't always poor performers. Some can be great producers for the company. If your bad apple's problem is simply a negative attitude or a tendency to bully other employees, the problems he creates ­may not prevent leaders from viewing him as an asset. Maybe he's a great, efficient line cook, or maybe he's talented in some other hard-to-find skill. His "good" qualities may make you reluctant to confront him, much less get rid of him altogether.

Solution: "It's important that you provide balanced feedback to all of your direct reports, including your bad apples," Sujansky said. "Acknowledge the positive contributions your bad apple is making, but don't be afraid to confront the behaviors that negatively affect others. Besides, after the confrontation, the bad apple may realize that his annoying behaviors will limit his progress and promotability in the organization. Or at the very least, he may realize that his behavior will prevent him from getting support from others when his success is on the line. Ultimately, you must decide whether or not the bad apple's negative behaviors outweigh his [productivity] or his singular skill. Keeping these positives a part of the organization may not be as critical as increasing the productivity of the whole team."

Problem #5: Rather than model and recognize the behavior they want, expect, and demand, managers focus too much attention on poor behavior. One reason this happens is because the positive behavior that does occur in the office can't cancel out the negative. There's just something in human nature that allows the bad to outweigh the good. If you don't give employees a lot of positive to focus on, their attention will naturally gravitate to the negative.

Solution: "While you shouldn't ignore the negative behavior in the office, you should deliberately place much more emphasis on showcasing the positive," said Sujansky. "Reward employees who go out of their way to help their teammates. Create a peer review system. And be open and responsive to employee feedback. If you create employees who value teamwork and understand how their behavior affects their coworkers, you may actually modify the bad apple's destructive tendencies."

Problem #6: Some managers are afraid to fire bad apples for fear of legal retribution. Bad apples, by definition, are troublemakers. And it stands to reason that people who cause problems working inside a company are likely to also cause problems on their way out the door. If you're like many managers, you may fear that if you fire your bad apple­ or even confront or discipline her, ­she'll threaten to file suit for discrimination or harassment or any other reason she thinks will work.

Solution: "Legal retribution shouldn't be a worry for you if you follow the sound human resource practices required of a leader," Sujansky noted. "Great leaders should coach, provide balanced feedback, help the employee develop a plan for correction, discuss what you document, and document what you discuss. After each meeting with her, cite the problem, the action taken to correct or eliminate it, the dates, the result that occurred, and any comments that will help you to recall the sessions. And be sure to create fact-based, objective documentation that includes all levels of performance and behavior, both positive and negative."

Problem #7: Firing employees, no matter how bad their behavior or poor their performance, is never easy. If bad apples refuse to change their behavior, the time will come when you must let them go. Unfortunately, firing people is such an unpleasant experience that most managers will put it off for as long as possible. And many have never been trained in how to appropriately fire employees.

Solution: "Even in a VEO, there may come a time when an employee just isn't working out," Sujansky admitted. "It's important that managers know exactly how to approach these situations. Make sure you discuss your situation and intended actions with your human resource professional or legal counsel. They will help you plan and conduct the exit meeting with the bad apple. Here are the important points that should be made in the exit meeting: a reminder of previous discussions and warnings that have been previously communicated to the bad apple; a brief explanation of why the separation is taking place; and the follow-up activities necessary to complete the exit strategy. This final meeting shouldn't be a surprise to the bad apple. It should be the implementation of the next step that has been communicated in a previous meeting. Let him know his being fired is the consequence for the lack of turnaround in his performance."