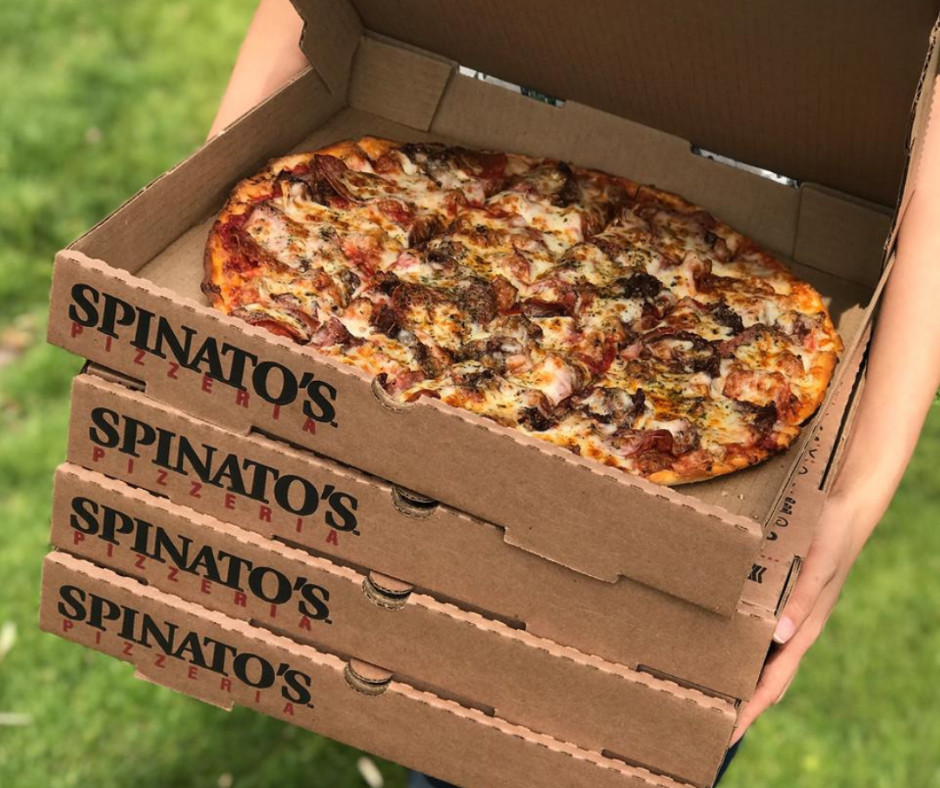 When the Phoenix Suns and Phoenix Mercury pro basketball teams went looking for a new “official pizza,” they didn’t have to venture further than their own back yard. Spinato’s Pizzeria & Family Kitchen, a family-owned company since 1974, got the nod and has big plans for next year.

In the partnership, Spinato’s will promote Suns and Mercury games to customers at all of its six locations. The pizza chain’s logo will be featured in the Footprint Center, which hosts the teams’ home games, and their Chicago-style pies will be offered at a new concession stand. Also featured will be Four Peaks Brewery’s Sunbru, the official beer of the Phoenix Suns.

Spinato’s will also create a new signature pizza for the games. “In September, we plan to come up with the recipe in-house and collaborate with the two mascots for a name that’s universal for both teams,” Erin Schultz, Spinato’s marketing director, told AZ Central. “The mascots will build the pizza, taste it and make comments or any changes.”

“We will be rolling out fresh dough before every single event,” Spinato’s co-owner Ken Spinato said in a press release. “We promised ourselves that we would not commit to this partnership unless we could meet the teams at half-court.”

Ken and Elaine Spinato opened their first pizza shop in Scottsdale after moving from Chicago to Phoenix in 1974. Their daughter, Nicole, was a baby at the time, and her brother, Anthony, was born a year later. Today, the two siblings help manage the six Spinato’s Pizzeria stores.

Spinato’s is so focused on creating a family-friendly atmosphere that the company’s management avoids words like “customer” when training new team members. “We believe that the best restaurants make their locations feel like home, and we call that ‘the Spinato’s experience.’ From the moment you walk in, we want you to feel like part of a big family,” Ken Spinato said.

Anthony Spinato said he could barely contain his excitement about bringing Spinato’s pizza to Footprint Center. “We’ve been big fans for decades, and we’re looking forward to celebrating with our patrons and fans for another stellar season.”

Meanwhile, Spinato’s launched a new “Cork and Board” special in August. The Tuesday night special features a small one-topping pizza and a bottle of house wine for $25. The pizzeria also offers Wine Wednesdays at all locations, where customers can enjoy half-price bottles all night long.