Space Oddity: How to Make a Pizza in Zero Gravity (with Video) - PMQ Pizza Magazine 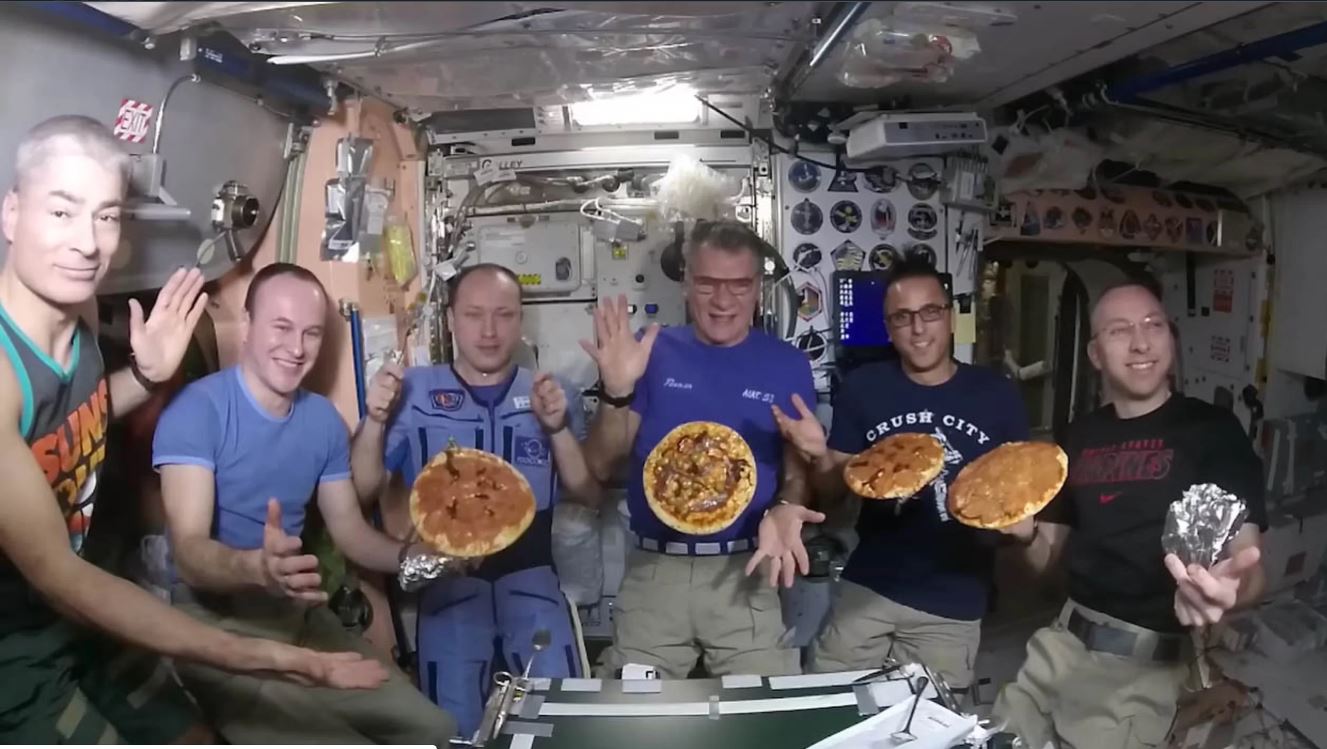 If you think running a pizzeria kitchen is hard, try making a pie from scratch in zero gravity.

Astronauts on the International Space Station (ISS) learned that outer space is no place for pizzaioli, but they still managed to throw a pizza party, with some help from NASA.

It all began when Italian astronaut Paolo Nespoli mentioned to “ground control” that he was craving a slice or two. According to CNET.com, the space agency’s Kirk Shireman, who heads up the ISS program, sent up all the fixin’s in a resupply ship, including the sauce, spreadable Gouda cheese wedges, olives and pepperoni, along with packaged Boboli crusts.

As the video (below) from Tech Insider shows, assembling the pies was almost as hard as, well, rocket science, thanks to the zero-gravity environment in which the crusts and ingredients could easily float away.  On the other hand, nothing could spill on the floor, making clean-up a breeze.