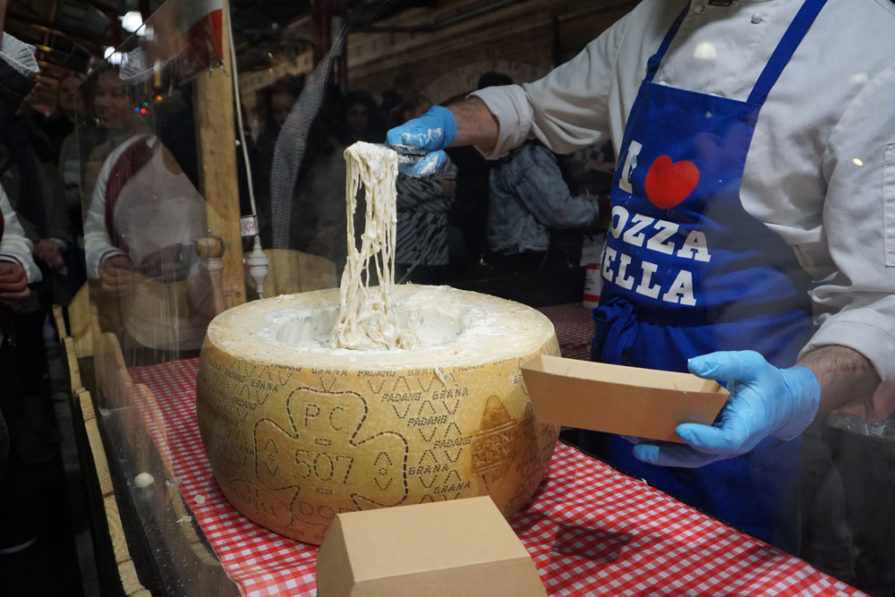 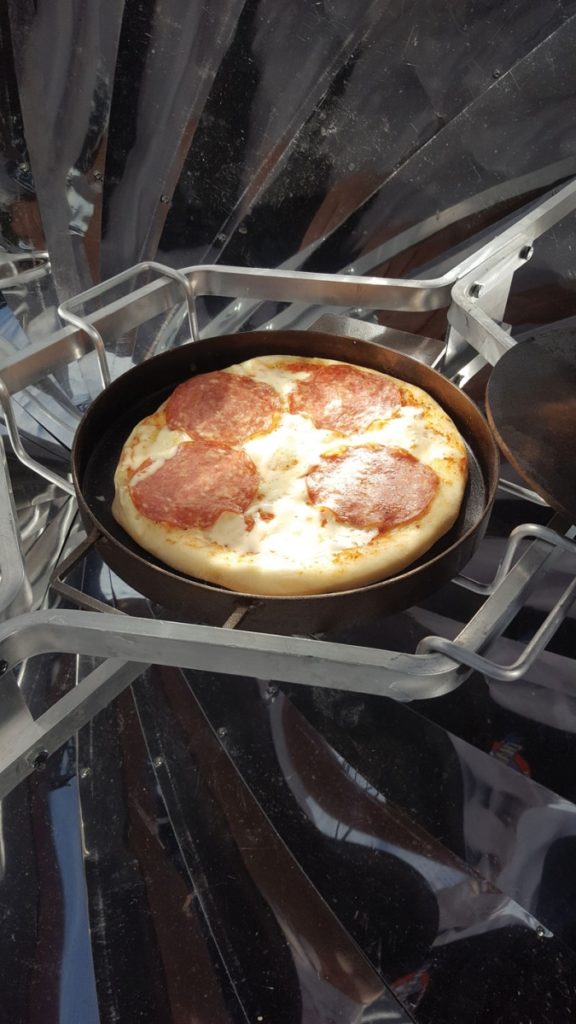 PMQ’s Scandinavian correspondent and pizza world champion Mike Arvblom discusses how he discovered a pizza oven that bakes solely on the power of the sun: “The first time I saw a solar-powered pizza oven, I was at a Swedish outdoor food festival. I was teaching 40 to 60 kids per day to make pizza with fresh ingredients on a grill. The class was free, and each child got a diploma, signed by me, stating that they were a pizza chef. They were so happy to bake and receive a diploma! I found a lot of talented kids that baked pizzas very well for the first time.

“During my break, I walked through the festival, and this oven that looked like a NASA satellite caught my eye. Right away, I was thinking, ‘I’ve got to bake pizza in that!’ So I went up to Sara Hjalmarsson, who was standing by the oven, and asked if I could make a pizza in that solar dish. Since I already had all the ingredients, I was able to test it on the spot. Everyone was very impressed how we baked with the sun’s all-natural power.” Sara Hjalmarsson, a supplier of solar ovens, says it is just the beginning for the market. Hjalmarsson is looking into higher capacity pizza ovens, which would be suitable in restaurants. She is already working with a Michelin star chef to bring more power of the sun to the commercial kitchen. Hjalmarsson currently imports solar ovens to Sweden from Germany, France and the United States. Her website is skaffasolkok.nu. 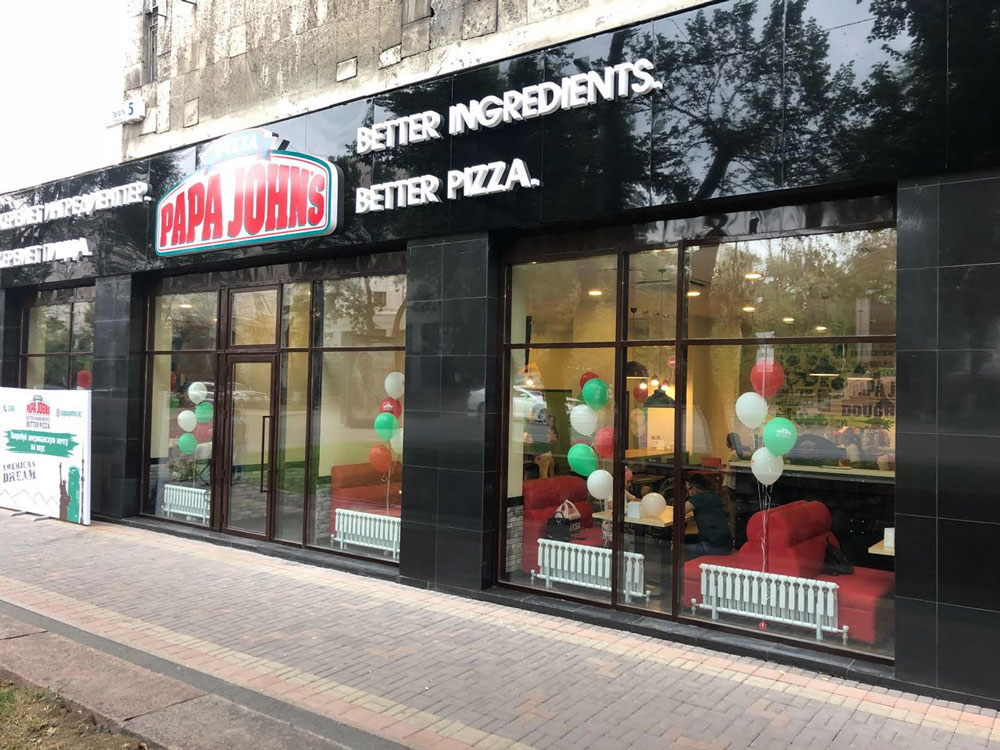 This summer, the Papa John’s largest international franchisee, PJ Western, has opened its first store in Almaty, Kazakhstan. Almaty is Kazakhstan’s biggest city, and the store opening is just one of 16 planned for the Kazakh market. PJ Western currently operates 181 Papa John’s in Russia, Belarus, Kyrgyzstan and Poland, and will continue to expand in Eastern Europe and into Central Asia. 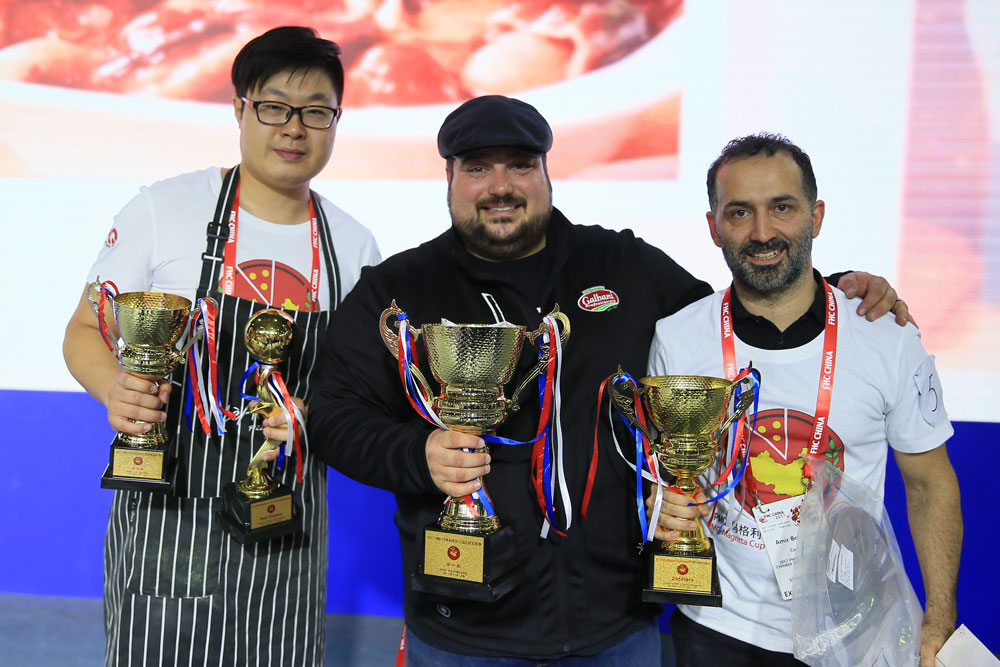 The Chinese Pizza Championship continues to grow, with more international presence each year. Last year, competitors from seven countries came to participate in culinary and acrobatic competitions, including U.S. Pizza Team member Michael LaMarca. Last year marked its first pizza industry forum, where experts from around the world came to discuss the current state of the industry and where it is headed. 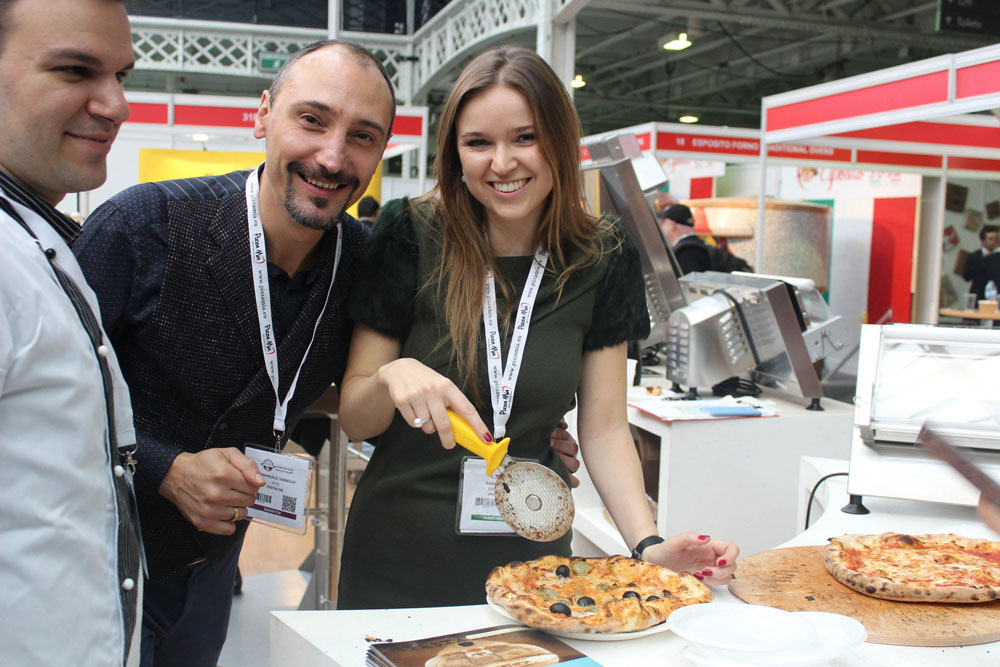 More than 100 companies exhibiting 600-plus brands will be present at this three-day exhibition in London. The event is organized by IPR Events London in association with PAPA—the Pizza, Pasta and Italian Food Association. In addition to the European Pizza Championship, part of a series of pizza competitions from Pizza Senza Frontiere, 36 U.K. chefs will compete for the Pizza and Pasta Chef of the year award. PMQ Pizza Magazine will be present at the event. Visit pizzapastashow.com. 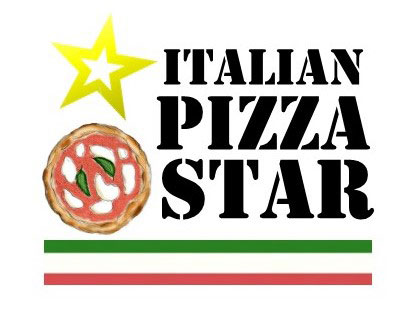 The Italian Pizza Star Competition starts online, where competitors mail in photos of their best looking pizza. Finalists are invited to Florence to recreate their star pizza, vying for the prize of 500 euros. Categories include Classica, Gourmet, Alternative Dough and Regional Pizza. Find out more by visiting the event organizer website, pizzamaster.it.