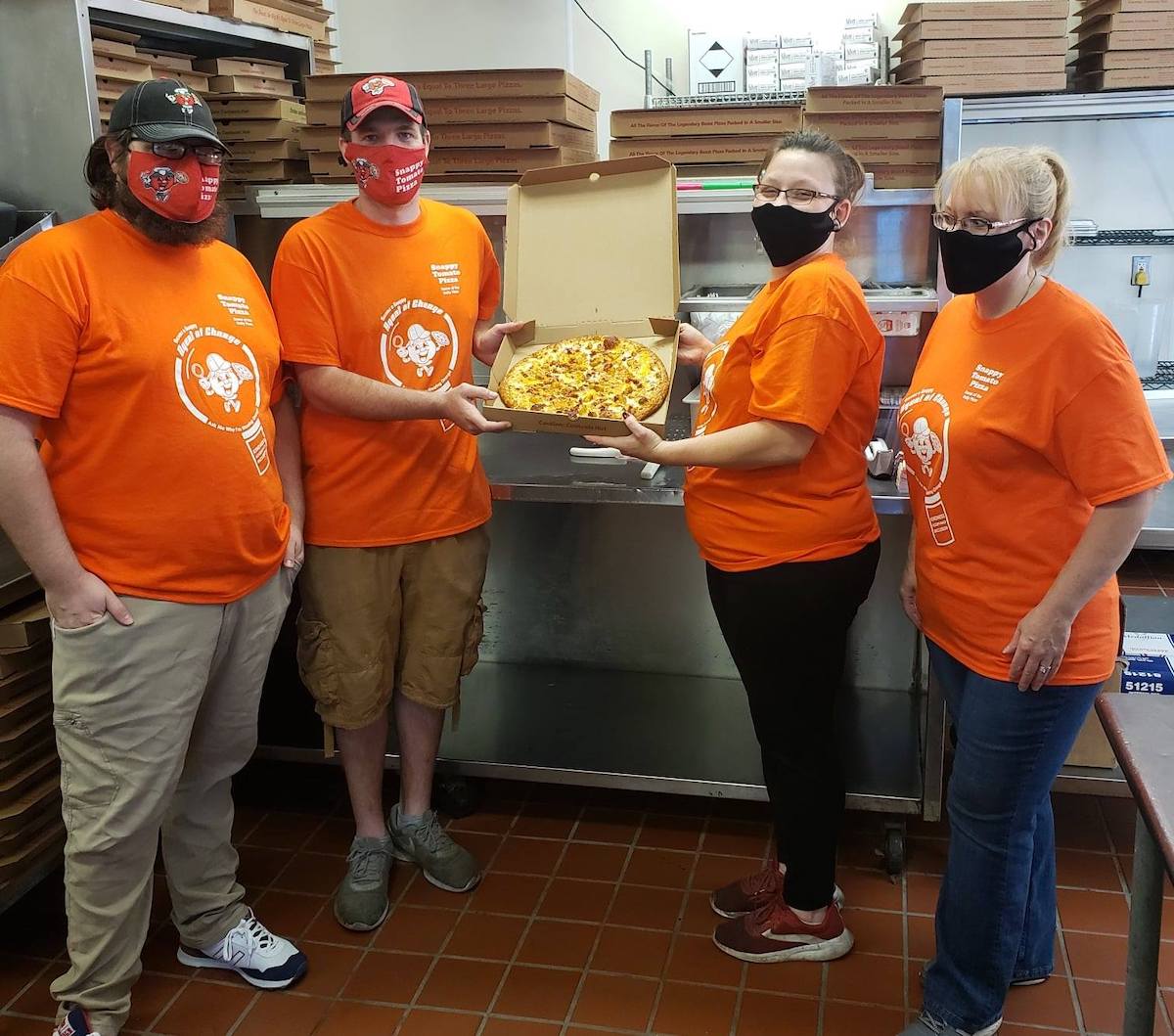 Tim Gayhart has been a Snappy Tomato Pizza franchisee since 1991. Now he’s taking a huge step up: Starting this month, he will officially own the entire Kentucky-based chain.

Gayhart already owns five franchise locations and is area developer of 13 stores. “I am excited to begin this new chapter in my career, having started 30 years ago with a loan of $20,000 for my first Snappy franchise to now owning the company,” Gayhart said. “It is truly a blessing to be in this position.”

“The opportunity to do more of what I love to do is the reason I wanted to take a bigger slice of the (pizza) pie,” he added.

Gayhart is a Cincinnati native now living in Union, Kentucky.  He will purchase the Snappy Tomato Pizza Company from its current owner, The Deters Company, for an undisclosed amount.

After opening his first Snappy Tomato franchise, he went on to serve as an area developer in 2001, making him the right choice for corporate ownership, the company said. In the transition, Gayhart will take ownership of the Burlington, Kentucky location, Snappy Tomato’s flagship store. That one, along with Gayhart’s Kentucky locations in Villa Hills, Richwood and Dry Ridge and his sites in Lawrenceburg and Rising Sun, Indiana, will all become corporate establishments.

Gayhart will provide overall support, guidance and resources for all 44 current Snappy Tomato locations across Ohio, Kentucky, Indiana, Tennessee and New Mexico.  He will also be the franchisor of the first new franchise of his tenure, now under contract to open in LaGrange, Kentucky, later this fall.

“Having worked with Tim more than 30 years, I instantly knew that the very moment he expressed interest in buying the company, it was a great fit,” said Jeremy Deters, president of The Deters Company. “Tim knows the pizza business and this company inside and out. I’m excited to see where he takes Snappy, because with Tim’s passion and commitment, the sky’s the limit.”

The Snappy Tomato Pizza corporate headquarters will remain in Burlington alongside its flagship store location. The corporate staff, including more than 900 current employees, management and 31 franchisees throughout the country, will remain intact during the ownership transition.

Gayhart said he also hopes to grow Snappy Tomato’s store count by 10 units over the next three years.