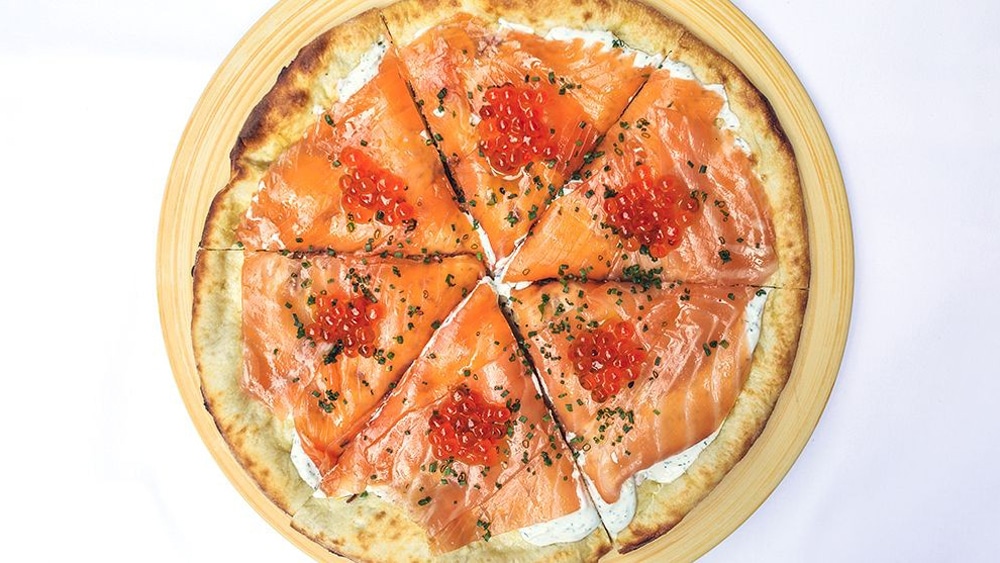 Wolfgang Puck, owner of the legendary Spago in Beverly Hills, California, was initially horrified when he learned years ago that late-night TV king Johnny Carson was ordering his pizzas in bulk and freezing them. It turned out to be a smart idea, as Puck once explained to Bon Appetit.

When he first learned how Carson was treating his precious pies, Puck said, “I was upset, really. I was like, ‘I make fresh pizza, and you put them in the freezer?’ But then I tried it out, and it actually tasted really good.”

Puck ended up launching his own line of frozen pizza available in grocery stores around the country. Now he’s taking the concept one step further, shipping two-pack kits of his famous smoked salmon pizza nationwide through Goldbelly.

If ordering pizza by mail isn’t your thing, here’s the recipe as originally published in Food & Wine:

Directions:
Place a pizza stone in oven preheated to 500° and warm for 30 minutes. Meanwhile, knead ½ tsp. of the chives into your dough ball. Roll each ball into an 8-inch crust. Brush with 1 Tbsp. of olive oil, leaving a 1-inch rim unbrushed. Bake on hot pizza stone for 8-10 minutes or until golden brown.

Remove the crust from the oven and spread crème fraiche evenly. Add slices of smoked salmon, following by a tablespoon of caviar in the center. Garnish with chives and serve immediately.