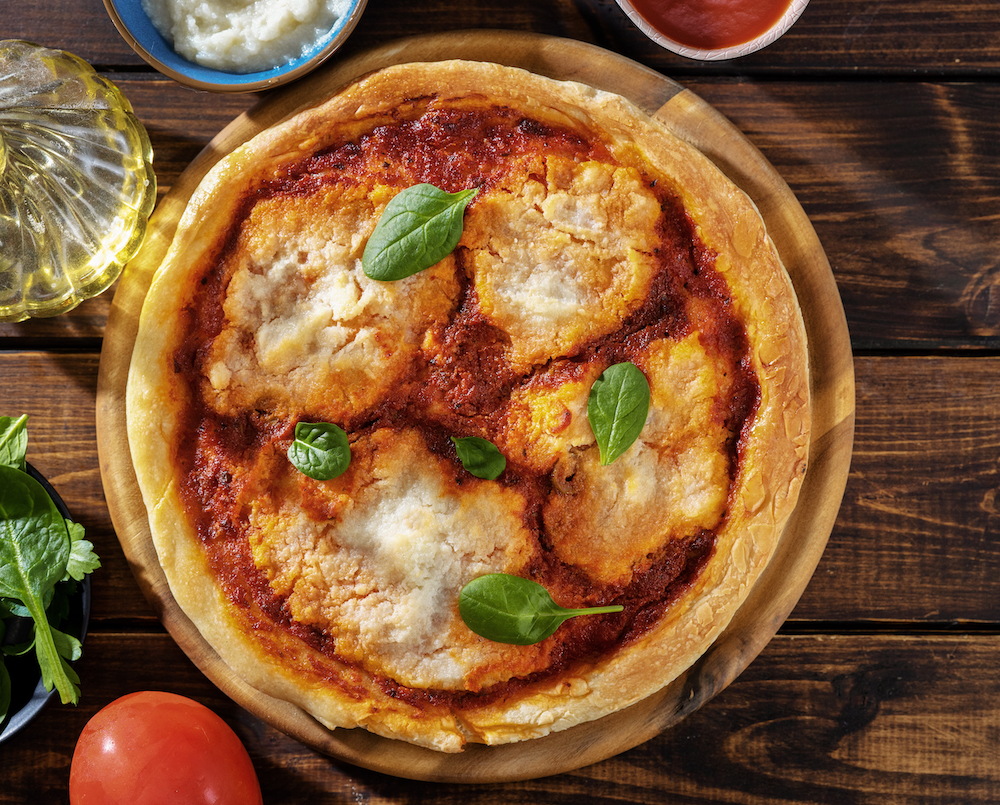 So it’s National Pizza Day, and you’re asking yourself: What’s the trendiest pie I could order from my hometown pizza shop?

How about a slice topped with vegan cheese—or no cheese at all?

According to the new Slice of the Union report conducted by Slice, demand for dairy-free pizza is on the rise, and pineapple as a topping is getting more respect, too, no matter what those snooty pizza purists say.

The survey’s data is based on orders placed in 2021 at 18,000 pizza shops served by Slice, an online ordering platform that caters to a network of independent pizzerias across the country.

Some things never change, though. Pepperoni remained Americans’ favorite topping, appearing on 37% of the pizzas ordered through Slice. Mushrooms came in second at 10.26%, followed by extra cheese (9.85%), sausage (9.1%), and onions (6.3%). Despite the overall increase in Hawaiian-style orders, pineapple still remained the least popular topping at 1%.

From a state-to-state perspective, Utah pizzerias in the Slice network reported the most orders for pizzas topped with pineapples. Wait, Utah? Yeah, don’t ask us why.

Nevada leads the country in the most expensive pizzeria orders, while Alabama had the least expensive ones.

Meanwhile, West Virginia shops reported the most special requests for ranch dressing as a side, while Arizona topped the other 49 states for most orders of chicken wings. And New Jersey pizzerias logged the most orders for gourmet ingredients—picky, picky!

Oh, and Alaska’s favorite pizza is deep-dish. But, hey, life is hard on the frozen tundra, so they deserve it.

Check out this map for the most popular pizzas in each state: 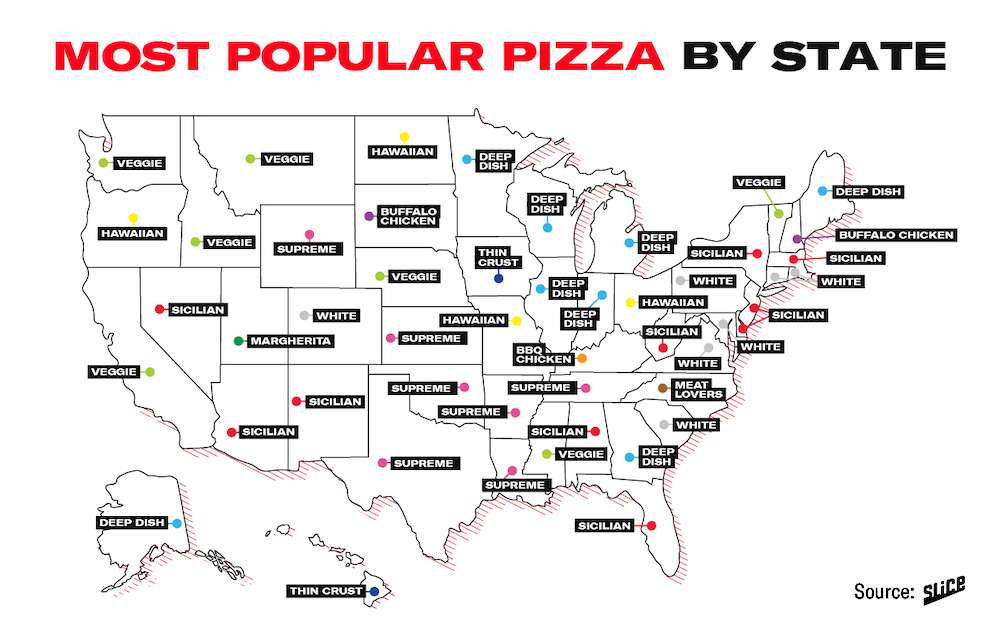