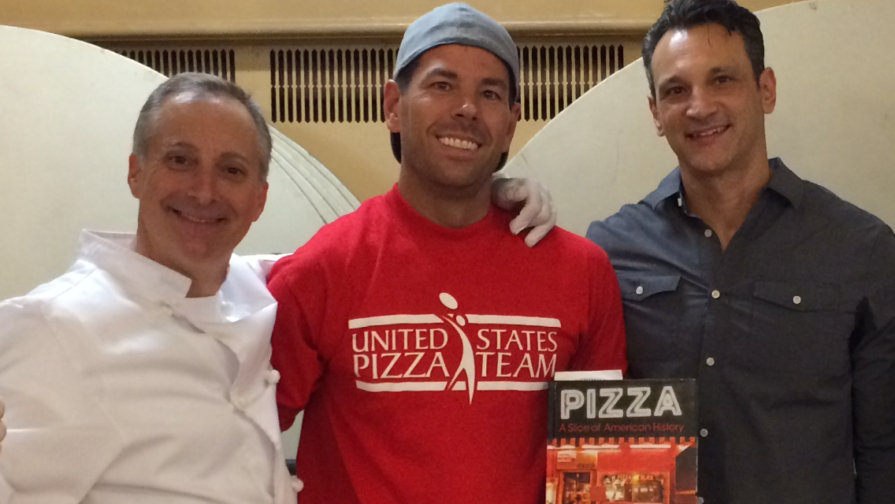 Pizza places from all over New York City and surrounding areas came together for a fantastic night of fun and eating to raise money for the New York City Food Bank.

The yearly event is called Slice Out Hunger and was founded by Scott Wiener of Scott’s Pizza Tours to incorporate his love of pizza with a fun way to provide meals for the New York Food Bank. This year’s event held at St. Saint Anthony’s on Houston Street was attended by a who’s who of New York Pizza from the world renowned Goodfella's Brick Oven Pizza of Staten Island to new comers such as Pizzetteria Brunetti, Table 87 and even Tony Boloney's from Jersey. These notables were on hand along with about 50 other top New York Pizzerias to make this fund raiser a fantastic dough raising event.

Lines formed early and went for blocks around the event hall in SOHO. The pizza lovers were responsible for donating enough to provide 150,000 meals to those in need. "I have never seen so many happy New Yorkers in one place" said Marc Cosentino of the New York Brick Oven Co. who prepared hundreds of slices in one of his revolving deck brick ovens.