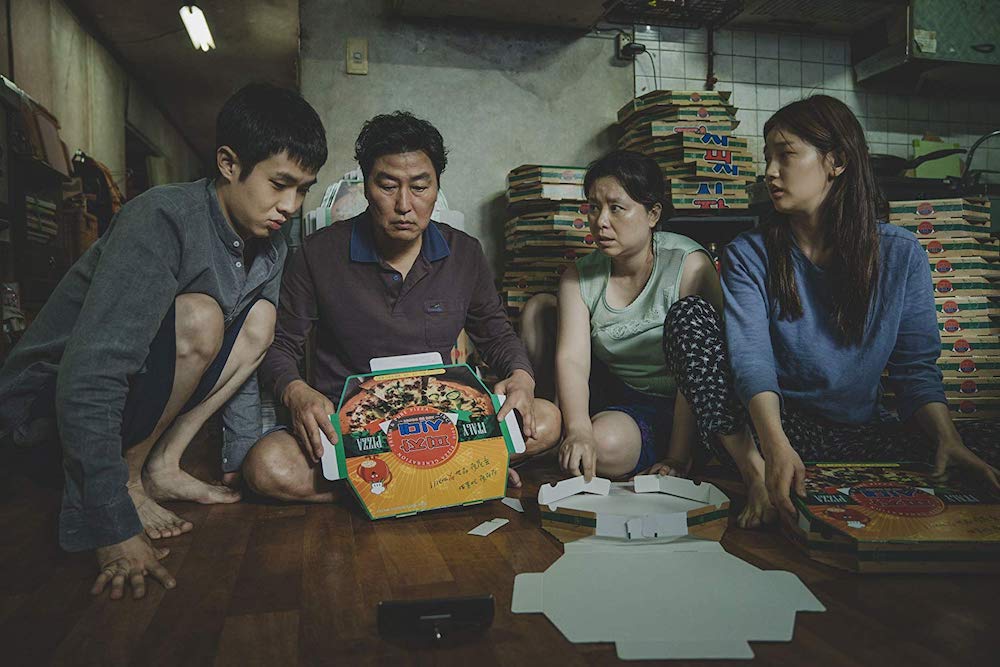 What’s the secret to doubling your pizzeria’s sales almost overnight? For Sky Pizza in Seoul, South Korea, it came down to one thing: getting featured in an Oscar-winning film.

Related: Get ready, world, for the Korean waffle pizza!

While many film buffs wonder if Ho’s win will change the American film industry and lead to more critical recognition for non-English movies, one thing is certain: It has changed Sky Pizza.

“Sales have more than doubled,” Eom Hangil, the pizzeria’s owner, told ABC News. “My pizzeria has not been so popular, you know.”

Parasite tells the story of two families—one super-rich and the other quite poor—and how their lives intersect as members of the poorer family, the Kims, scheme their way into the wealthy Park family’s household, all while pretending to be unrelated.

The Kims work folding boxes in a pizzeria, called Pizza Age on-screen, and are also shown eating at the restaurant. Sky Pizza was used as the setting for the fictional Pizza Age. Thrilled at Parasite’s underdog victory at the Academy Awards, hordes of fans have been flocking to Sky Pizza to experience it for themselves ever since.

In turn, Sky Pizza has received a free PR bonanza, with media outlets around the world showing up to interview its new customers. The Daily Mail describes Sky Pizza as “a nondescript 10-seat restaurant and takeaway,” while UPI notes the restaurant’s neighborhood is “best known for its enormous wholesale fish market.”

Related: This Korean pizza goes up in flames before you eat it

“I came to eat pizza and also feel the atmosphere of the movie, but the place is so popular, they are out of dough,” one tourist told ABC News while visiting Sky Pizza. Another new customer told the network, “This is a world historic event [for our nation], and I wanted to check out this place to commemorate director Bong Joon Ho winning the Oscar.”

“I’m so happy,” Eom told UPI. “I’m always grateful for director Bong. Things were difficult at times because this is not a prominent location, and we aren’t a branded franchise.”

The increased attention took Eom by surprise—but in a pleasant way. “It’s all so sudden,” she told UPI. “We’re finding it a bit hard to manage, but we’re happy to accept the visitors.”