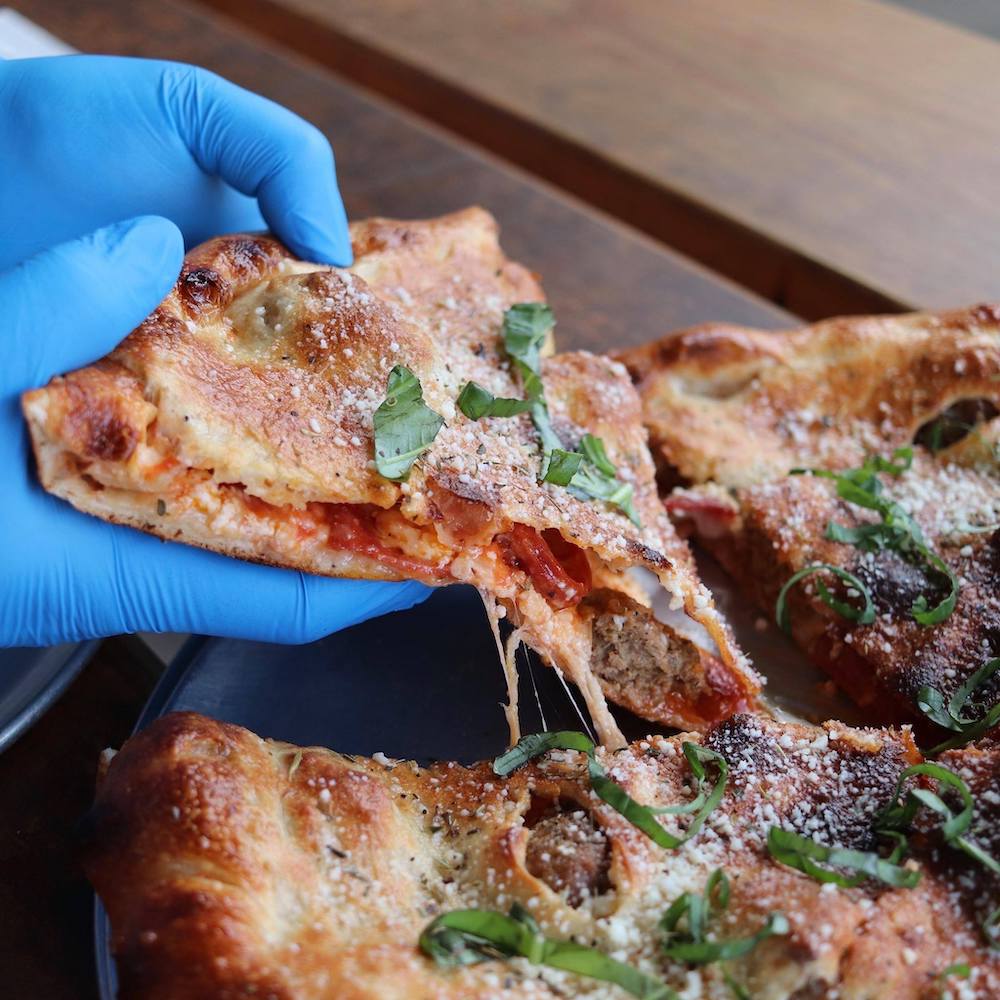 The Meat Up, a signature pie at Sidewall Pizza Company, features pepperoni, meatballs, ricotta, mozzarella and a drizzle of honey, and the top crust is finished with a butter onion garlic sauce, pecorino, Italian herbs and basil.

Lack of staffing has forced Sidewall Pizza Company to close its dine-in service at all seven of its stores in South Carolina and offer carryout only, according to a Facebook post.

In the post, owners Andy O’Mara and Loren Frant said the change is “for the time being” and will allow them to “continue to focus on our goals of being awesome for [customers], our team and our community.” They added that the company is “investing in additional technology and infrastructure” to optimize the carryout experience.

“This brief transition to takeout service also allows us to properly staff each restaurant in the midst of unprecedented staff shortages,” the owners said in the Facebook post. “We want to do an awesome job for every guest every time. And temporarily changing to takeout-only service is the only way that we can do this right now.”

O’Mara and Frant opened their first Sidewall restaurant in January 2015 without any prior restaurant experience, according to the Greenville News. A serial entrepreneur, O’Mara previously owned Merrimack Canoe Company and has also owned a computer parts brokerage firm, among other businesses. Frant, meanwhile, previously worked for the National Institutes of Health’s National Library of Medicine.

O’Mara and Frant also launched Kids Bowl Free, a national program that collected free-bowling coupons from alleys around the world to give children a healthy activity during the summer while also boosting business for bowling alleys during slow months.

Along with their restaurants, the couple launched Sidewall Community Fund, which takes a percentage from every Sidewall sale and donates the money to local causes and individuals in need. “It’s an intentional part of the mission,” Frant told the Greenville News. “We always said if we’re going to do a restaurant, let’s at least do something good besides serving good food. I can’t imagine not doing that.”