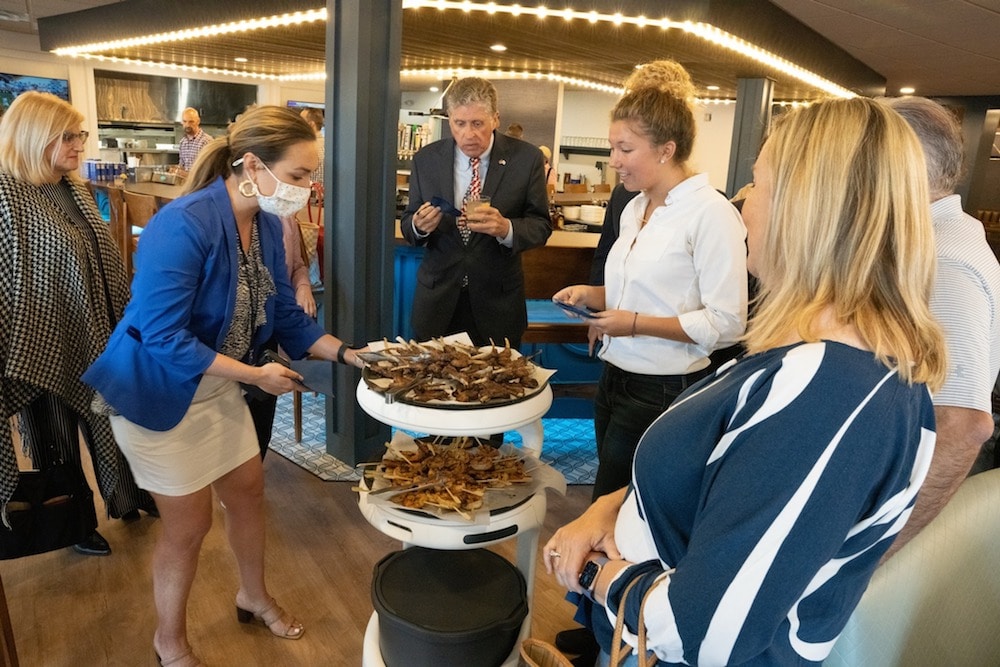 
A new server at Angelo’s Palace Pizza in Cumberland, Rhode Island, has been getting a lot of attention—and not because of her pretty face or sparkling personality. Servi has neither. Technically, she isn’t even a she.

Servi is a pizza robot from Bear Robotics. And Angelo’s co-owner Bill Kitsilis told WJAR-TV that Servi’s main job is to free up more time for human servers to better take care of their guests.

Like many pizza shops nationwide, Angelo’s Palace Pizza struggled a bit during the pandemic and has had to cut back on its lunch hours. Finding and hiring workers has also been a challenge. According to WLNE-TV, Servi costs the restaurant $1,000 per month. She can run food non-stop with a simple charge-up and has three compartments for carrying food around to the individual tables.

“I’m always looking for things to make service better, make things easier, so I brought in this Servi robot to help run food to the tables,” Bill Kitsilis told WJAR-TV. “I feel like if my servers are able to spend more face-to-face time with the guests instead of running back and forth in the restaurant, [it] just makes the job easier.” 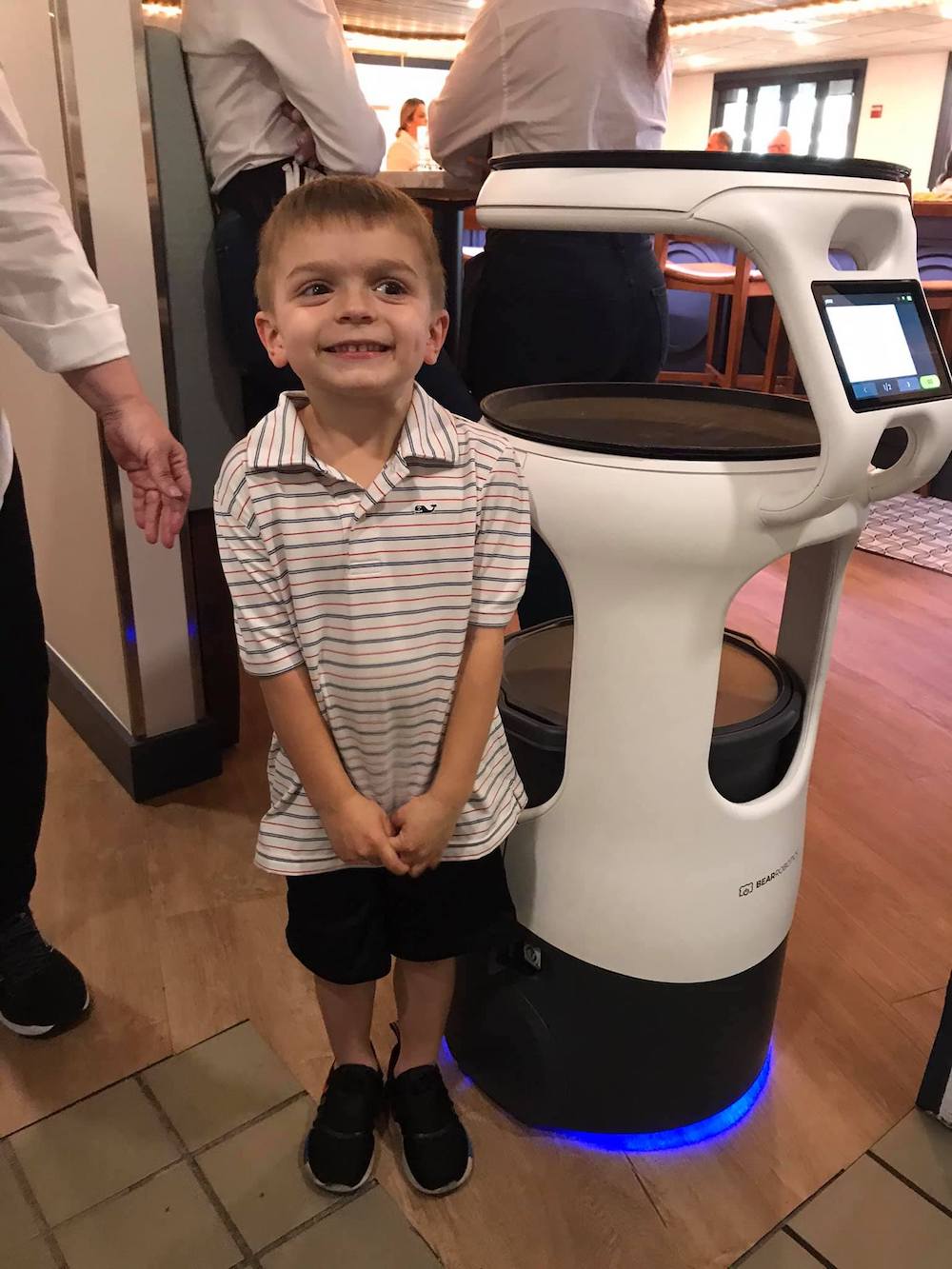 The robot has been programmed to know the restaurant’s layout and every table number and to greet customers at their table. She waits for the food and, once the table number has been punched into her system, glides merrily over to that table with the pies and other menu items.

Servi has quickly become a customer favorite, especially with kids, and has been featured prominently in photos and videos on Angelo’s social media accounts.

“She’s a wait-staff assistant, so she doesn’t replace anyone—because no one is replaceable,” Alexandria Kitsilis, Angelo’s other co-owner, told WLNE-TV. “She’s more to help out if we’re busy getting the food and can’t get to a table. We can put the food right on there, and she delivers it quickly.” 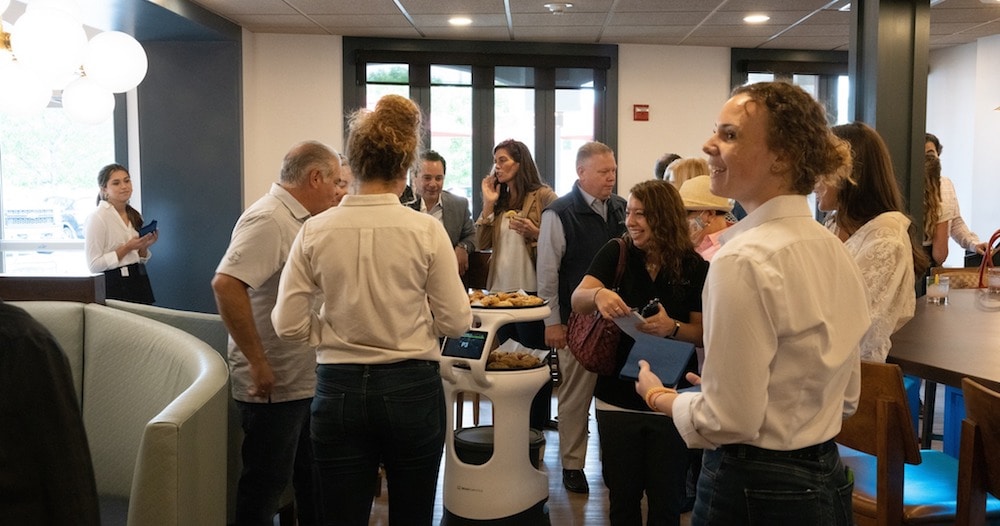 “She knows the space,” Alexandria added. “She senses people, she waits, she backs up. It’s pretty cool.”

Servi isn’t just a big hit with customers, although she certainly knows how to draw a crowd. The pizza robot has also set off a media buzz, earning coverage from TV stations throughout the region and nationwide. She can speak to customers (in a pre-recorded female voice) and even wish them a happy birthday.