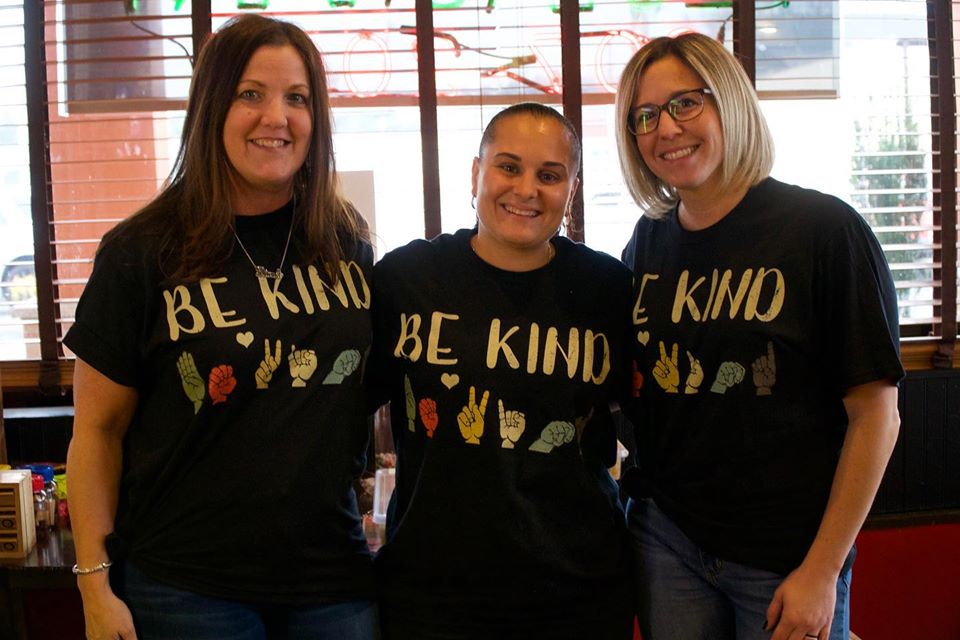 The staff at Giusseppe's Pizza and Fine Italian Cuisine offer sensory-friendly dining days on the second Thursday of each month.

Children with special needs in Old Bridge, New Jersey, now have a pizza place to call their own: Giusseppe’s Pizza and Fine Italian Cuisine, which offers a sensory-friendly dining experience on the second Thursday of each month.

Giusseppe’s has partnered with Old Bridge’s Special Education Parent Teacher Association (SEPTA) to make eating out for pizza as inclusive as possible. The pizzeria dims its lights and lowers the volume on the music and ringing phones to create a more relaxed and comforting environment for anyone with special needs and differing abilities. 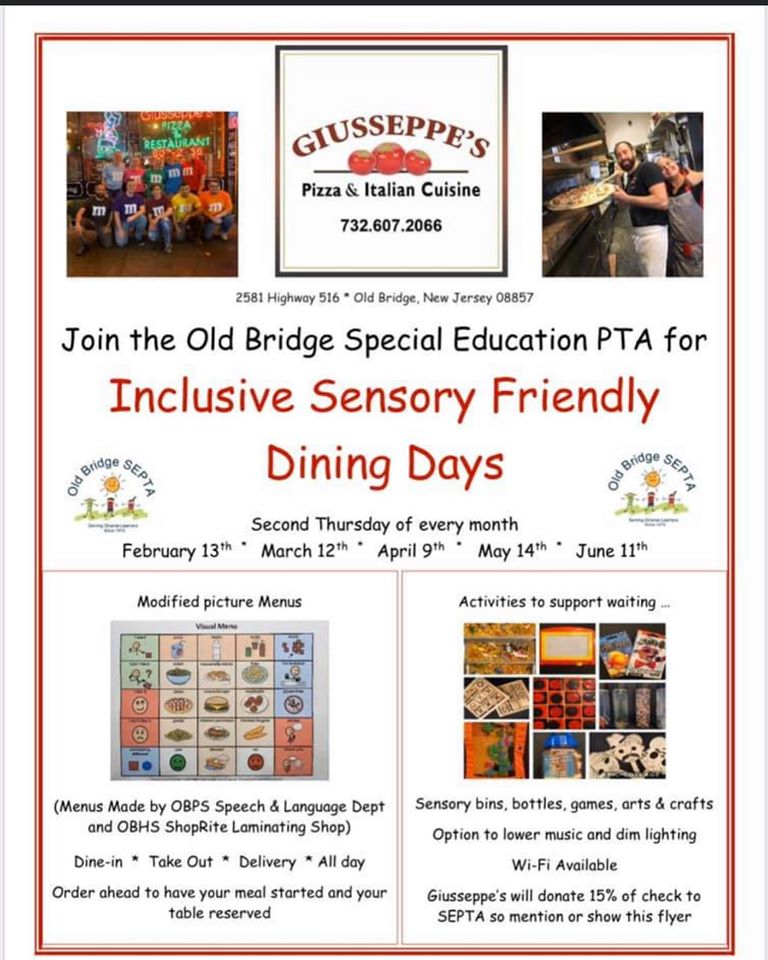 Fifteen percent of each sensory-friendly dining day’s proceeds will be donated to SEPTA when customers mention or bring in a flyer the organization created for the events.

Giusseppe’s manager, Emily Norvilas, grew up with a learning disability and benefited from an Individualized Education Program as a child. “This is my way of giving back,” Norvilas told MyCentralJersey.com. “If I can have a family come out to dinner and not have anybody judge them—it’s huge.”

The idea for the sensory-friendly dining day came after Norvilas sat down to talk with Michael and Kim Ventarola of SEPTA as they were eating lunch at Giusseppe’s. The Ventarolas have a four-year-old son with special needs and have experienced first-hand the challenges of eating out. “It’s hard,” Michael told MyCentralJersey.com. “Giusseppe’s is a huge supporter of the different abilities in our district. We asked if [Norvilas] wanted to partner with us and right away she said, ‘Absolutely.’”

Norvilas told a local radio station that the first event was “so great. The kids were laughing, having a good time. They could just be kids and be themselves and not have anybody judge them, which was absolutely amazing.”

Giusseppe’s isn’t the only Garden State eatery trying to create a more welcoming atmosphere for children with special needs and their families. Riv’s Toms River Hub, which opened in late 2019 in Toms River on the Jersey Shore, set up a designated sensory-friendly dining room in partnership with local special education teachers, according to the Asbury Park Press. Called Chase’s Friends Zone, it was inspired by and named for co-owner Monica Hmielewski’s six-year-old son, Chase, who is on the autism spectrum. When Chase wandered into a side room set up for private parties while the restaurant was under construction, his mom noticed he became noticeably calmer in the quieter, darker, cozier setting. “I thought, ‘We have something here.’ We really want to do a dining room for sensory needs,” she told the newspaper.

Chase’s Friends Zone has soothing lighting, a corner with bean bags designated as a “chill area,” a visual menu and iPads for the kids to place their orders. Soothing décor includes a mural depicting a seagull set against a clear blue sky, plus toys and activities that foster hand-eye coordination and a “No Bully Zone” sign. Kids can receive a certificate recognizing them as “VIP members” of Chase’s Friends Zone.

Riv’s servers all received sensory-inclusive training from an organization called KultureCity. “I absolutely love this room,” server Silvia Espana told a Philadelphia TV station. “There’s such a need for this room that I’m so happy I’m a part of [the experience].”