The true origin of the sandwich is murky, but one popular myth points to English nobleman John Montagu, the fourth Earl of Sandwich, who, during a lengthy card playing spree in the 1700s, requested a meal that he could eat without getting his hands dirty—or interrupting his game. In 20th-century America, sandwiches grew to be associated with different regions of the country: grinders, heroes, hoagies, po’ boys, submarines, torpedoes. The quintessential American meals—hamburgers and hot dogs—are in fact forms of the sandwich: a filling between bread halves. Lately, restaurants and fast food outlets across the nation are revamping the definition of the word by introducing breadless “sandwiches” (i.e., KFC’s Double Down, with chicken breasts replacing the bread), placing fillings between two donuts or waffles, stacking them sky-high, and tossing everything but the kitchen sink into them.

The history and continuing evolution of the sandwich, of course, speaks to everything that is desirable about this food category: It is portable, quick and easy to make and eat, inexpensive, and can take on seemingly endless variations. No wonder the sandwich has long been a favorite the world over—the British Sandwich Association reports that Britain alone saw more than 3 billion sandwiches purchased from retail and restaurant outlets in one year. For pizzerias, however, the sandwich also provides an alternative, especially for lunchtime patrons, to pizza, as Domino’s (dominos.com) found when it introduced its line of oven-baked sandwiches in 2008. When customers are on the go or have a mere 30 minutes for lunch, this menu item, with its amazing versatility, can satisfy both guests and your bottom line.

Sandwiches offer your customers an option that, especially in a rocky economy, is an inexpensive alternative, during certain dayparts. “We offered sandwiches from the beginning, because people wanted another choice besides pizza, especially at lunch,” says David Smith, executive chef at 900 Degrees Neapolitan Pizzeria (900degrees.com) in Manchester, New Hampshire. “Our 14” pizzas have a higher price point, so a sandwich allows them to come in for a $7.95 lunch that includes a side item.” The pizzeria offers sandwiches only at lunch because its one oven became too crowded at dinner with sandwiches, pizzas and pastas going in and out, and because they proved more popular with the lunch crowd.

Jeff Varasano, owner and operator of Varasano’s Pizzeria (varasanos.com) in Atlanta, also wanted to offer a wallet-friendly option alongside his more expensive pizzas. “For us, deciding to offer sandwiches was about hitting a different price point, because we do a Neapolitan-style pizza, which is hard to do in a smaller size and doesn’t last long when sold by the slice,” he explains. “Our basic pies go for $11 to $15, and we wanted to hit a lunch price point in the range of $7 to $8, plus drink.” He adds that his personal love of sandwiches and the culture of delis in New York influenced his decision; the four sandwiches he offers—San Gennaro’s Sausage & Pepper, Italian Deli, Caprese and Sopressata—are ones he made at home himself for years (the sausage-and-pepper, however, has proven to be the bestseller).

Hannah Erich, manager at Warrior Gourmet Pizza and Ice Cream (warriordriveinandpizza.com) in Ontario, Ohio, says that customers also like the quickness and convenience of a sandwich. “A lot of people get them for lunch; we have a drive through, and even though we make them to order, sandwiches are faster than pizza,” she notes. The pizzeria entices customers with a daily special that features one of its sandwiches (more than a dozen are on the everyday menu) and includes a drink and French fries. 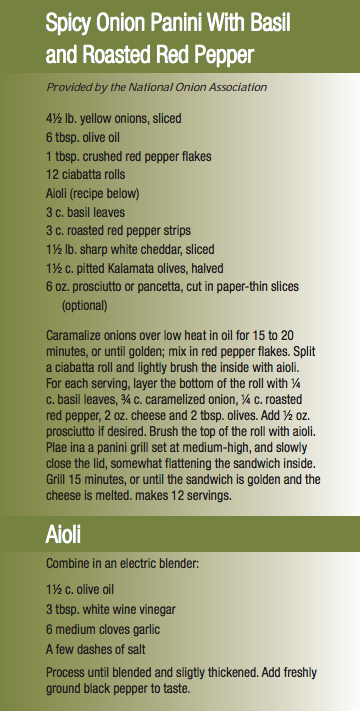 From Make Line to Marketing

Sandwiches have multiple benefits but, as with any menu item, you also need to consider the logistics of adding them—your prep and space needs, how to ensure smooth production during busy times—and then, of course, get customers to try them. “Sandwiches require more multitasking, which is a different skill than pizza making,” says Scott Jewitt, operating partner of Nick’s Pizza & Pub (nickspizzapub.com), with two locations in Crystal Lake and Elgin, Illinois. “Also, the timing of sandwich orders with pizza orders is a challenge.” Jewitt recommends that owners who are getting into sandwiches for the first time start small and add items as guests request them; using high quality ingredients and keeping sandwiches simple will also help streamline the process and attract customers. “For the preparation of sandwiches, you have to have everything portioned out and ready to go, and you need space—not only to make them, but in the oven if you’re offering warm subs,” adds Smith. “You might have to warm bacon for an order while toasting the bread; make sure you can handle everything you have to do!” He suggests that pizzeria owners consider their average checks before adding sandwiches—for example, is it more profitable for you to sell an $8 sandwich to one individual or have two or more customers split a pizza? Customers are less likely to split sandwiches, which may up your check averages. Varasano finds that one challenge was baking his own bread; he uses his pizza dough, but still had to perform the extra process, plus the different prep steps for sandwiches. To bake the sandwiches at a different temperature than the pizzas, he also purchased a salamander. However, he made the menu addition easier by using ingredients already on hand. “Definitely try to make use of what you already have in the pizzeria,” he says. “It’s fine to source a few extra ingredients, but in general, use what you’ve got!” He also fi nds that, having added sandwiches after becoming known for pizza, it’s challenging to get his pizza devotees to try them.

However, you can entice customers to try your sandwiches through several efforts. Jewitt mentions that Nick’s offers lunch specials and different promotions that emphasize lunch items, and posts specials for the pizzeria’s 4,200-plus Facebook followers. Smith also uses Facebook (he might post, “Come by for lunch—we have a great meatball sandwich!”) and writes up daily chalkboard specials for panini sandwiches. Varasano advertises on table tents and offered a special price for the annual San Gennaro Festival. But ultimately, says Smith, your sandwiches will bring people in the door by their mere presence on the menu. “Sandwiches bring something else to the table in a pizzeria,” he says. “They give people another reason to come to your restaurant.”