This Pizza Box Doubles as a Board Game - PMQ Pizza Magazine 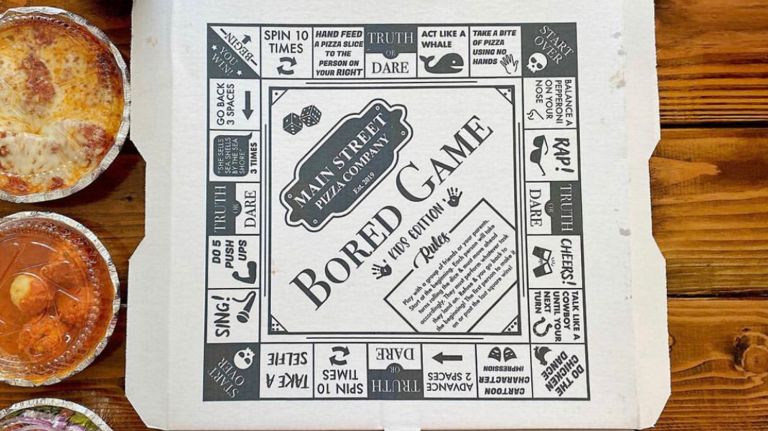 When the boredom of quarantine becomes too much to bear, some Long Islanders turn to a pizzeria that’s anything but dull—Main Street Pizza Company, home of the Boozy Ice Pops, virtual bingo nights and pizza boxes that double as board games.

Owner Davide Fabrizi’s creative marketing approach has garnered free publicity from two local TV stations and Newsday during the pandemic—a big advantage at a time when consumers are still nervous about eating out. He needed to get creative since he opened the restaurant in Farmingdale just five months before the pandemic hit.

“On social media we’ve been labeled as the kings of quarantine for all the innovative things we’ve been doing, so we’ve kind of taken the moniker and run with it as well,” Fabrizi told News 12 Long Island.

“Once the virus started, we had to adjust and do some different things, so we came up with some ideas,” Fabrizi explained to ABC7NY.

He started out with regular pizza kits, then added sangria to the kits. But he knew he needed something bigger, which is how the Bored Game pizza boxes came to be.

Initially, the “Bored Game” boxes were offered upon request but now they’ve become the pizzeria’s permanent box. They come in two variations—one kid-friendly, and the other geared toward adults. Newsday describes the game as a “take on the classic Monopoly board game,” with dice included. 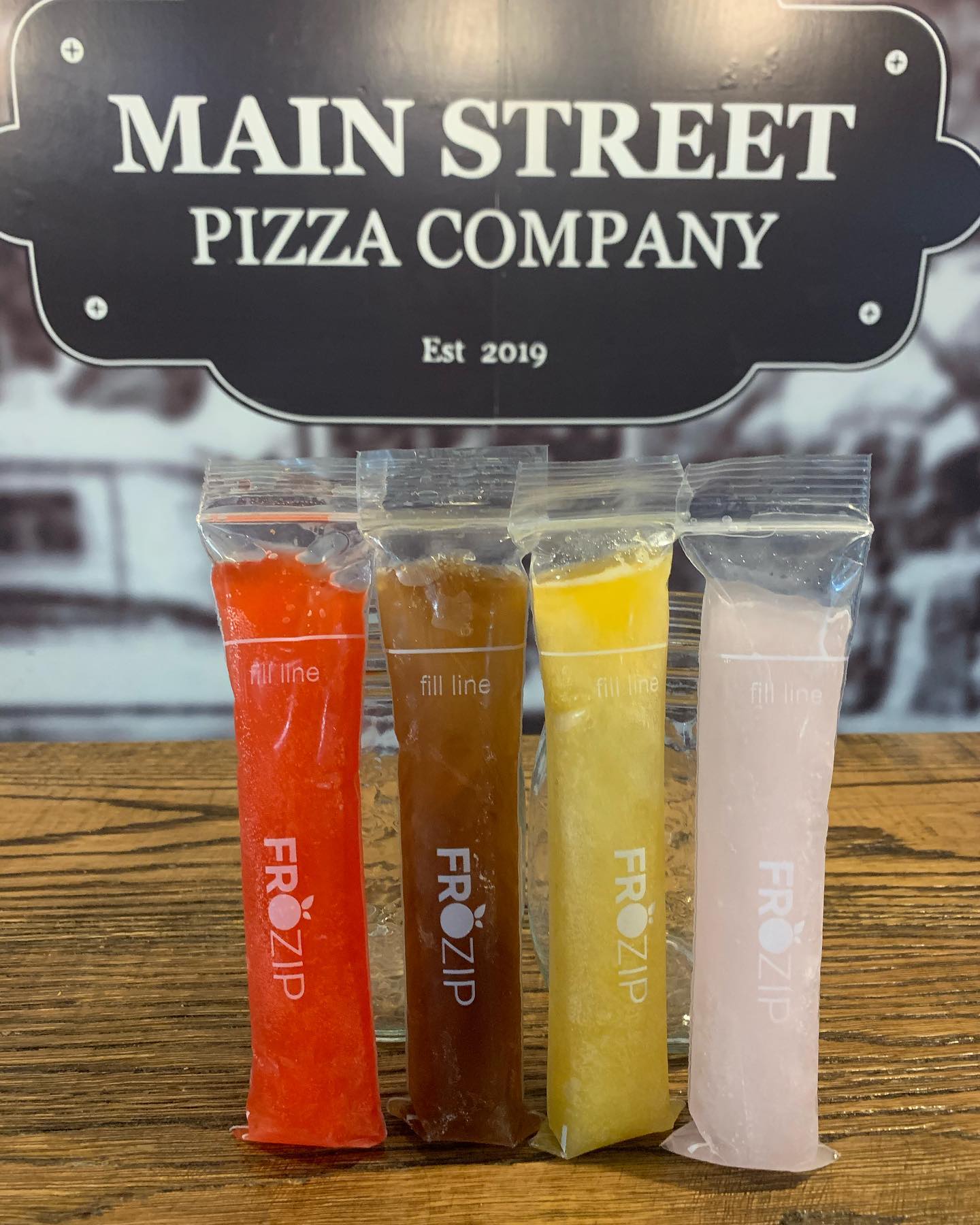 Main Street Pizza also hosts a virtual bingo night. For every $20 spent at the pizzeria during the week of the bingo game, customers get a playing card with a Zoom ID and password. Prizes for winners have ranged from gift cards to a beer sampling kit from Lithology Brewing Company, a local brewery in Farmingdale.

The Boozy Ice Pops have been another conversation-starter. Sold for $5 each or $22 for five, they come in flavors such as Jack and Coke, Peach Bellini, Twisted Tea and Rum Punch. The pizzeria also offers alcohol-infused slushies. “We just really started letting the creative juices flow,” Fabrizi told ABC7.

Fabrizi and his team get creative in the kitchen, too, whipping out specialty pies like the French Onion Soup and Tortellini Bolognese pizzas as well as the Big Mac Pie featuring ground beef, cheese, lettuce, pickles and a “special sauce.”