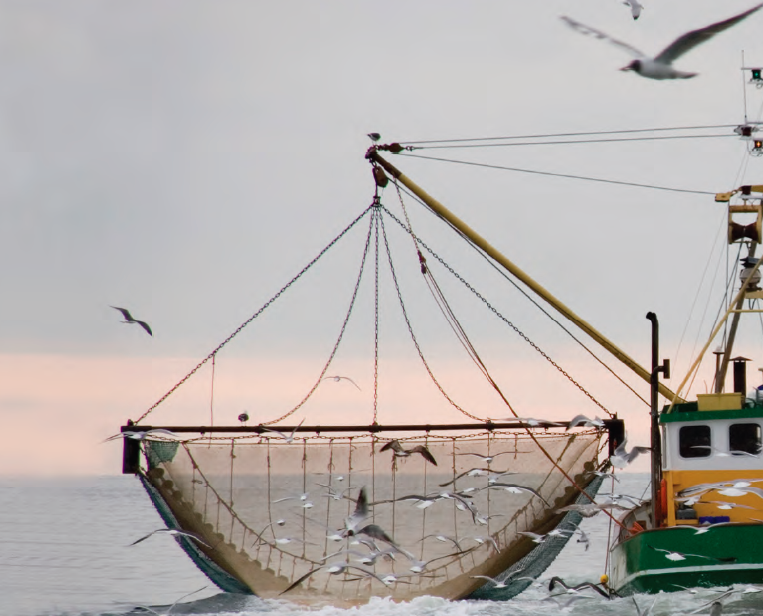 Crabmeat as a topping on pizza? Anything is possible in the pizza business if you do your homework and hit upon the right formula. That’s what Dana Siller, marketing director for Jerry’s Subs & Pizza, has discovered in his 20 years in the business. Jerry’s is based in Gaithersburg, Maryland, where Siller and his colleagues oversee 100 stores located throughout the Virginia, D.C. and Maryland area. While he generally adheres to an “if-it-ain’t-broke-don’t-fi x-it” school of management, he admits to a certain restlessness. “As a marketing person, I’m always looking,” he says. “Even when things are going well, which is the case with Jerry’s, I always feel I have to keep my eyes open for something new or unconventional. About a year ago, I started exploring the idea of a crab topping. You never know if something like that will be too far-out for people, so we didn’t jump into it. In fact, I had a hard time convincing the owners.” 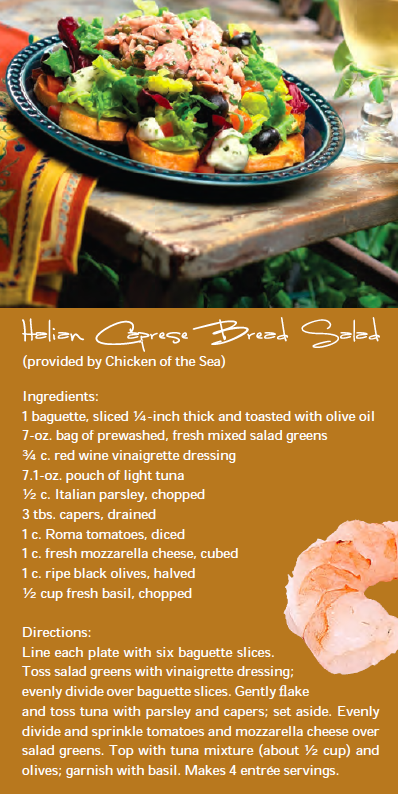 Seafood would seem to be an intriguing addition to the classic pizza menu, though the marriage between the two can be tricky. But it seems that seafood is bulletproof when it comes to its status on the American palette. Regardless of press coverage, seafood has become a staple of the American diet.

Consumers have been shown to take praise and warnings alike in stride when deciding their dining choices. For example, only 15% of Americans altered their diet when seafood was praised by the American Heart Association and U.S. Department of Agriculture (which advised consumers to eat seafood at least twice a week), but SeaFood Business magazine reported that more than half of survey respondents were aware of the AHA and USDA recommendation.

“We’re living in a time when consumers are becoming increasingly aware of what they’re putting into their bodies,” says Doug Schmick, chairman and CEO of McCormick & Schmick’s, which conducted the survey. And consumption of seafood is on the rise, according to the government agency the National Oceanic and Atmospheric Adminstration (NOAA): Findings showed that each American ate a record 16.6 pounds of seafood last year, up from 16.3 pounds in 2006 (and compared to 14.8 pounds in 2001).

Bill Hogarth, director of NOAA Fisheries, commented on the survey: “Seafood is a safe and healthy food choice for all Americans and, as this trend shows, the demand keeps rising.”

Plays Well With Others

Siller says when operators are looking to add something new to their menus, they often play it safe by taking a favorite and disguising it as new. “Some people take grilled chicken and put different sauces or different veggies on it, or mix up some cheeses. But to add seafood to your menu where it wasn’t there before, that’s introducing a new product, a new item. Everyone on our team was hesitant.” Siller says everyone at Jerry’s had many questions about crabmeat that they wanted answered before committing to it on the menu. The foremost question was, how will it interact with other menu items?

“That crab comes out of the same fryer as our potato fries, a Jerry’s signature,” Siller pointed out. “We were afraid it was going to change the flavor of our fries. We were delighted to discover that the crab didn’t ruin the oil for cooking other items. We would hate to have to add an extra fryer for crabmeat—that’s a deal killer.”

However, as might be expected, Jerry’s team of research chefs discovered that some minor adjustments would have to occur: “We now have to change the fryers more frequently,” he says, “and there’s a little more cleaning. We run a lot of food through there. We have a grill, a pizza oven and a fryer in each of our stores. We make mozzarella sticks, onion straws and chicken nuggets, and we were afraid the fish smell might come off on everything else, but the smell hasn’t been a problem.”

Siller says a crab sub sandwich the company introduced earlier definitely helped pave the way for the crab pizza topping. “I kept bringing up the idea of a crab sub, and the company wanted to wait. Finally, we tried it at two of our stores, and it did surprisingly well. We put it in two more stores to make sure it wasn’t a fluke, and then we just decided we were going with it, so we rolled it out in the spring of 2007.” For operators, the addition of seafood such as crab brings an added cost that has to be passed on to the customer, and too-high prices could chill a customer’s warmth to seafood items. But Siller says his experience has been that people tend to buy premium products, but in smaller sizes. “We’re selling a lot of the small crab pizzas,” he says. “We sell them for $6.24 (small), $10.99 (medium) and $14.49 (large). The small pizzas are really moving well, so we’re getting a $6 sale on a small item, and that’s a profitable sale.”

To market the new pizza, Jerry’s did most of its advertising in the store. “We made a poster, highlighted the crab on our menu board, and put a picture of it above the menu board,” says Siller. “We also added the Phillips seafood logo on the menu, because the company has a solid reputation on the East Coast. We even color-keyed the menu so you could see it better. It’s the only item that’s in red.” Jerry’s also offers a crab salad, which Siller says is doing well and is staying on the menu. But the crab pizza’s success is what Siller finds most remarkable. “We’re surprised, because we weren’t sure it would go over; and we never knew it would go over this well.” 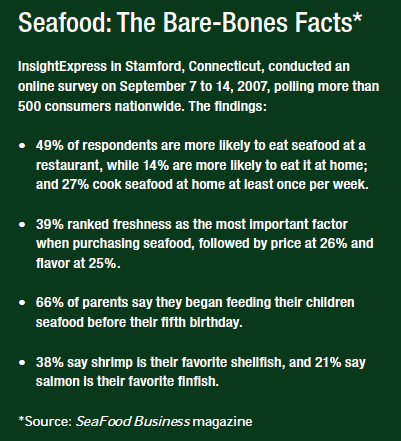 Michael Ehlenfeldt, the chef and manager of Stone Hearth Pizza Co. in Belmont, Massachusetts, says several of his customers requested a shrimp pizza but, like the management team at Jerry’s, he and his kitchen staff had to be convinced. “One of our line cooks started messing around with it; we worked on it and finally developed a very tasty item.”

Ehlenfeldt says the shrimp pizza is a seasonal item; he brings in fresh shrimp from the Gulf Coast every summer. “We put the shrimp on a pizza with cilantro, avocado, chilies and a little lime. It’s a real summertime flavor—we put it on the menu last summer, and we’ll bring it back this summer. We don’t have seafood in the restaurant on a regular basis; I bring it in for special occasions, and that way I can control it a little better and cut down on waste.”

It’s no wonder that customers at Stone Hearth requested a shrimp pizza—according to the National Fisheries Institute (NFI), shrimp is the country’s most popular seafood. The NFI survey revealed that Americans consumed 4.4 pounds of shrimp per capita in 2006, and 2007 retail sales showed a continuation of that trend. Shrimp is the largest subcategory in the shellfish category, accounting for 29.7% of seafood sales during the 52 weeks of the last fiscal year, with crab representing the second highest share of average weekly sales at 22.9%, followed by scallops at 5.9%, lobster at 5.2%, clams at 1.7%, and oysters at 1.3%. Mussels, squid, crayfish/crawfish and octopus each represented less than 1% of the total category share.

Another positive of shrimp is that they are ecologically friendly in both harvest procedures and sustainability. Experts say that shrimp are short-living fast growers that produce many young and are thus resistant to being overfished. 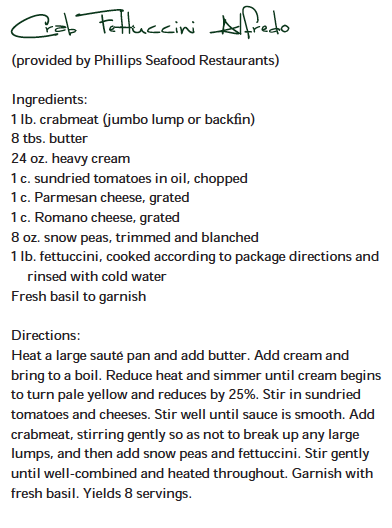 A restaurateur in London has taken the seafood sustainability movement one fin further: Tom Aikens is opening a sustainable fish and chips restaurant in London’s trendy South Kensington district. Aikens spent a year researching fi sh and developing recipes around fish species that he knows are not overexploited, and diners at Tom’s Place will dine on fish that have been legally caught.

“If you’re having a piler in Spain, it’s probably coming from West Africa and may be illegal,” Aikens says in an interview with The New York Times. “If it’s cod from the Baltic, there are huge problems with illegal fishing.”

Ehlenfeldt at Stone Hearth is also vigilant about serving a menu with sustainable ingredients. “We use 35 different local vendors, producers and farmers,” he points out. “Sometimes we’ll use local clams in a baked pasta dish, and the clams come from Wellsfleet, Massachusetts, or Cape Cod. These are premium items, but we charge only $1 when they are present on the menu.”

If diners are unsure of the precise origin of their seafood, they know its exact final destination: their plates. Seafood has arrived as a solid dining trend, and that helps answer the question we originally posed: Crab on pizza? “The movement to our crab pizza has not slowed down, which is great,” Siller answers. Even though months of research went into his company embracing seafood, he says the most important criteria for keeping it around is simple: “If it sells, it stays on the menu.”