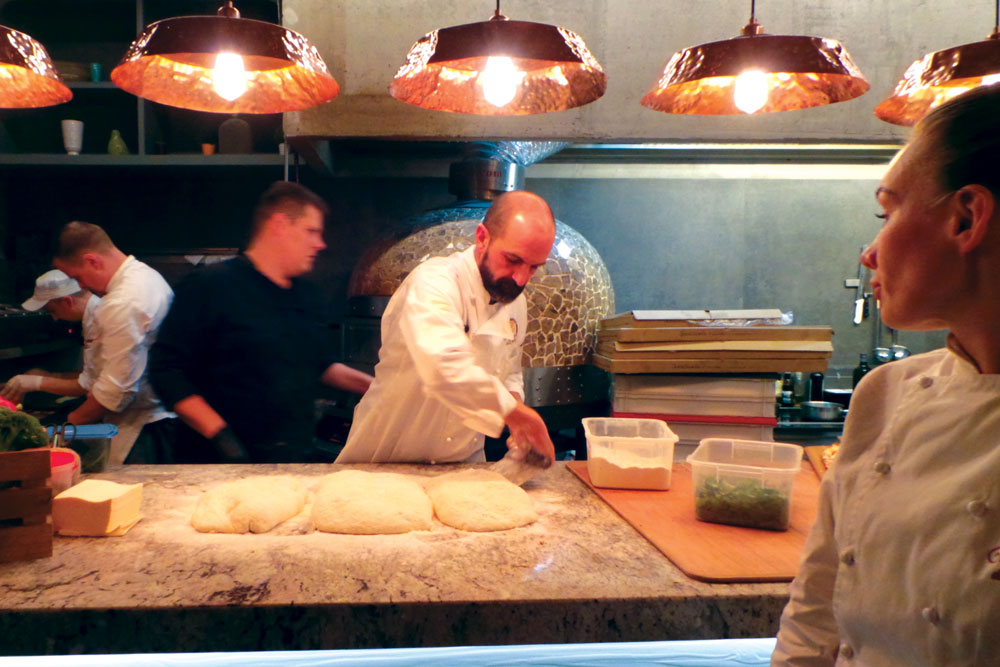 Scrocchiarella, a Pizza Restaurant Based On a Flour Mix, Opens in Russia

Two Russian families opened a Moscow pizzeria last year that takes its name from a brand of flour mix called Scrocchiarella, which is derived from scrocchiare, the Italian word for “crunch.” Italmill developed the special combination of flour and dehydrated mother dough that’s said to let pizza makers produce a light, crunchy, Roman-style pan pizza in mere hours instead of days.

The Sidorov and Fedorov families opened Scrocchiarella in March 2016. “You can’t find pizza with this kind of quality in Moscow,” says Evgenia Fedorova, the company’s head of marketing. The product’s quality and uniqueness convinced the family to create a pizzeria aroundthe Scrocchiarella product and to become a point-of-sale for the Italian flour company as well as a training space for pizza making.

Although using a mixsaves time, producing the perfect Scrocchiarella pizza is no easy task. Tiziano Casillo, head of the pizza division at Italmill, says he requires those who purchase Scrocchiarella to undergo special training to use the product beforeItalmill will sell it to them. As a result, Casillo spends much of his time on the road, holding workshops at distributor locations and trade shows with his translator, Oxana Bokta.

This type of pizzeria is one-of-a-kind and a welcome change to Moscow, says Fedorova. “Family businesses are rare in Russia. [The government] demands a lot of taxes and documents to prove inheritance rights, but we’re very happy working together. My brother is the pastry chef, while my mom is the cook, and my dad, who is now a grandfather, stays at home and takes care of the children and dogs. So we all help out. We hope this project will thrive.” 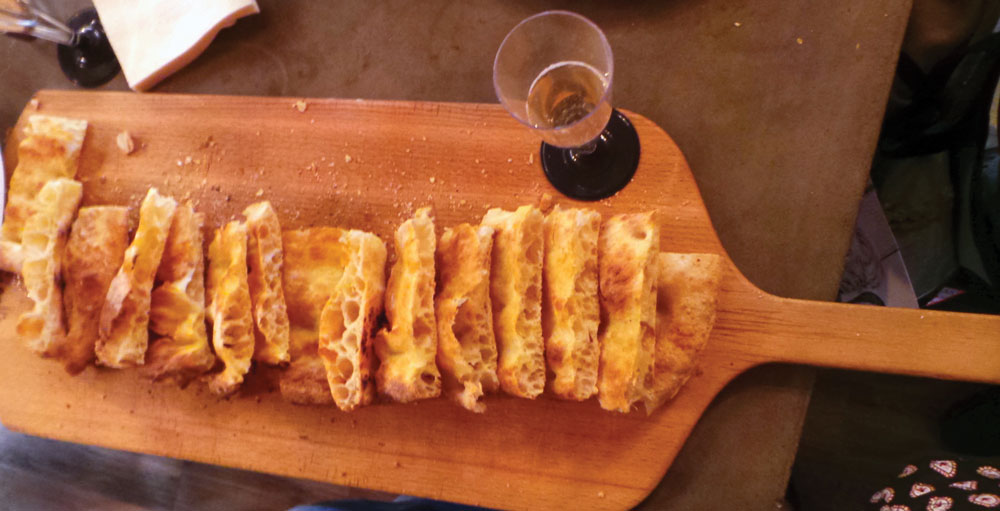 When Korean-American Eugene Kim moved to South Korea, he had no clue he was about to go into the pizza business. Born and raised in New York, Kim moved to South Korea to teach English, but he found himself longing for the authentic pizza he grew up on, yet couldn’t find in his new country. So he took on the challenge to learn everything he could about pizza and finally opened Gino’s New York Pizza in Itaewon, an increasingly affluent hotspot for Western cuisine.

Kim aimed to get as close to the New York-style pizza experience as possible. “I worked relentlessly on my dough recipe and food menu items until they were authentic and nostalgic of my childhood eating at restaurants in New York,” he says. “I import all my own flour and tomatoes from the States and use only imported cheese and pepperoni. I pushed a very strong New York concept and designed the interior as such, and we carry products that are local to New York, such as Snapple, Brooklyn Brewery and Sixpoint Brewery craft beers.”

The store, which opened in December 2014, is now booming with expats, hipsters and American military personnel stationed nearby, plus a huge Korean demographic. “I have not spent a single dollar on marketing and solely used the power of social media and cross-marketing collaborations with other expat restaurant owners,” Kim notes. Examples of cross-marketing include a promotion with Sixpoint Brewery and Jarritos Korea that gave free drinks for following Gino’s Instagram and Facebook page.

Gino’s has worked with local food and culture organizations to promote authentic Western flavors to South Koreans. The pizzeria has also collaborated and cross-marketed with other restaurants to create new signature pies, boosting each restaurant’s brand power. Recently, Gino’s was featured on a nationally famous TV show called Wednesday Food Talk (). The very next day, hundreds of Koreans lined up for hours to grab a seat at Gino’s and taste the pizza. Kim also counts a recently opened slice concept among his successes.

Want to learn more? You can watch a three-part mini-documentary highlighting Kim’s visits to leading pizzerias in New York with Scott Wiener of Scott’s Pizza Tours. The documentary can be found on Gino’s Facebook page and on the Shooter Bright Facebook page.