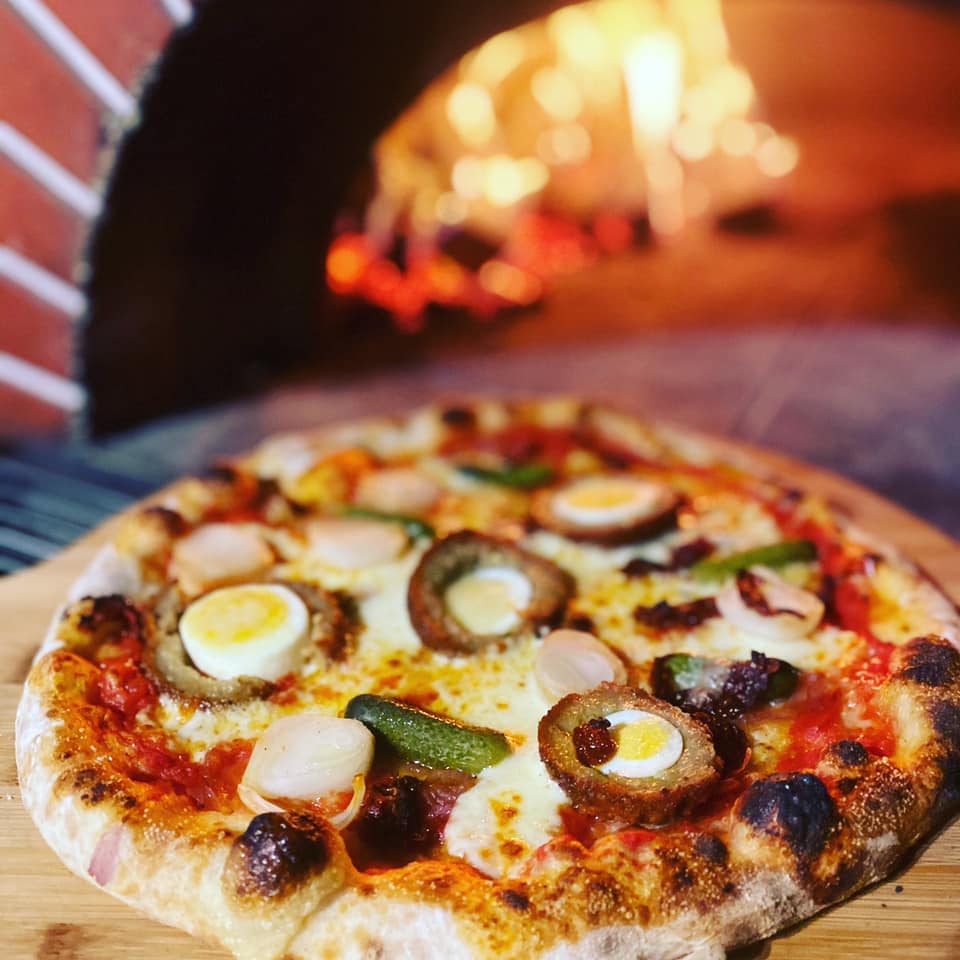 Oakfired at the Royal Oak Pub

Leave it to politicians to argue about what constitutes a “substantial meal.” At the heart of the debate among members of Great Britain’s Parliament is the scotch egg—a whole soft-boiled or hard-boiled egg wrapped in sausage, coated in breadcrumbs and baked or deep-fried to a golden-brown hue.

The controversy has sprung from restrictions on the reopening of pubs and bars in so-called Tier 2 areas, where COVID-19 has been shown to be a “high alert” threat. New regulations require drinking establishments in these areas to serve or provide a “substantial meal” to customers if they want to resume operations. But some members of Parliament have disagreed on whether a scotch egg constitutes a substantial meal, as Big Hospitality has reported.

Regardless, a pizzeria called Oakfired, located at The Royal Oak pub in Beccles, has introduced a pizza that is undeniably substantial and based on the classic scotch egg.  Oakfired’s pie features scotch egg slices, pickles and various cheeses as toppings. It’s another example of one of the weirdest pizzas in the world, but it looks quite tasty, especially if you’re a fan of British cuisine (or a pickle-on-a-pizza aficionado).

Oakfired’s Paul Jackson also introduced a Christmas-themed pizza topped with turkey, stuffing and cranberry sauce. Jackson expressed confidence in his shop’s chances for making it through the pandemic. “We are sure to survive and looking forward to getting back to normal,” he told The Beccles and Bungay Journal.