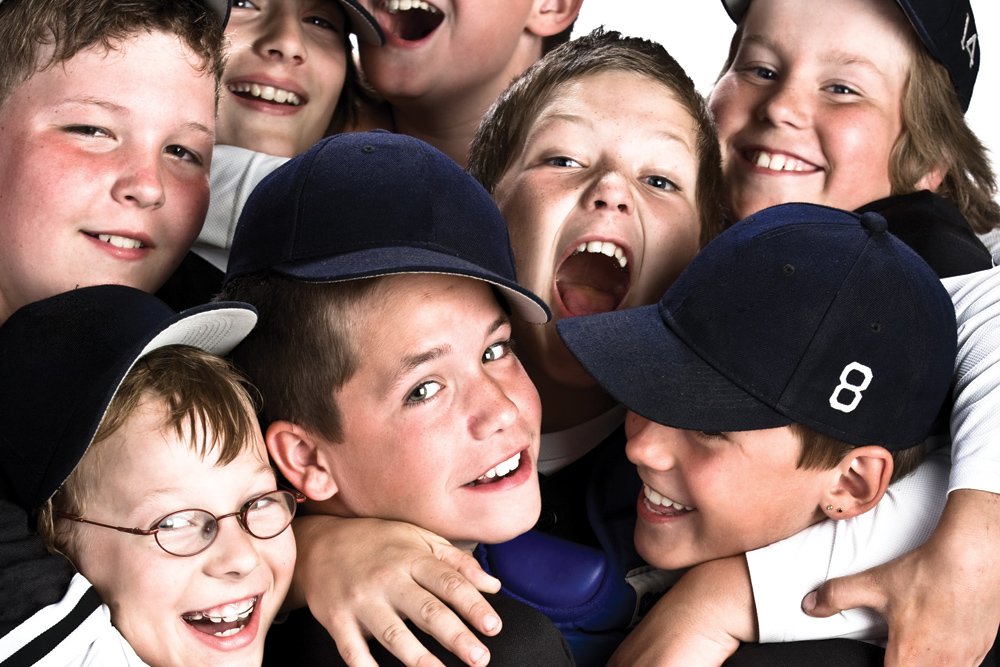 From Little League baseball and girls soccer leagues to the Super Bowl and the World Series, nothing brings Americans together like sports—unless, of course, it’s pizza. Sports promotions and pizza restaurants are a winning combination in any season. In fact, hometown pizzerias that cater to local sports teams can build a grassroots customer base that will remain loyal for many years to come.

The beauty of sports promotions is that they appeal to a broad cross-section of consumers: males and females, young and old, from pizza-loving children who play football, hockey or tennis, to their parents, who want to support their kids, and all of the many fans of the various sports. Even youths who don’t actually play sports still often want to be associated with their school’s teams, and they’ll go where the players go. Older sports participants, such as players with golf leagues or community tennis associations, crave a good pie, too. Make your pizzeria a team hangout, and you’ll score points with a wide and diverse customer base year-round.

So how do you get started? Put your money where your team is. Most local sports teams need money for uniforms, equipment and travel expenses, and you can help. If no one reaches out to you, be proactive and reach out to them. Visit with the coaches or the booster clubs and offer your pizzeria as a venue for team fundraisers and throw in some special offers to sweeten the pot.

At Harborside Pizza (harborsidepizza.com), a takeout-only pizzeria in tiny, remote Cordova, Alaska, owner Brian Wildrick supports a wide range of school sports. “We have donated gift certificates, made cheesecakes for scholarship fund raffles and donated money for uniforms for the basketball team,” he says. “We also sponsor a Little League team. You get a banner with your logo on it, and you name the team.”

Additionally, Wildrick has had success with a coupon promotion. Local students and team members sell the coupons, which offer a small discount on Harborside’s pizza, to their friends, parents and neighbors to raise funds for their teams. “They split the proceeds with me,” he says. “They give me a check for all the coupons they sell, and the customers just bring in the coupon. This year they raised about $3,000 to keep for traveling to other parts of the state or around the country.”

Wildrick benefits from this arrangement financially because it drives traffic to his pizzeria, and, even better, he usually upsells the coupon-wielding customer for extra toppings, garlic knots, drinks and desserts. “It really does help keep people coming into the shop and keeps them looking at the menu, so that they’ll try something new and add something on,” he explains. “It works extremely well, and it’s a really good boost in the winter, plus the kids learn how to show initiative and raise money.”

Loyal as he is to local teams, Wildrick is also perfectly happy to sell—and deliver—pizzas to their opponents. “You can only get here by plane or ferry, so when rival teams come from out of town, they will order a bunch of pizza, and we’ll deliver it up to the school. It’s a big hit with the kids. It keeps us in everybody’s mind and expands our audience to all different kinds of people.”

“I love seeing these kids running around town in their Anna’s Pizza & Pasta jerseys. You see it all year long, and it’s great advertising!”
—Brian Weavel, Anna’s Pizza and Pasta

Brian Weavel, owner of Winnebago, Illinois-based Anna’s Pizza & Pasta (annaspizzawinnebago.com), has supported local sports for more than 15 years. “I sponsor both boys’ and girls’ teams and, on occasion, men’s and women’s teams,” he says. “I prefer the kids—they are much more fun and much more loyal. I have sponsored baseball, softball, soccer and basketball and have even coached many of these teams.”

Weavel says he typically sponsors one team per sport, and it’s not cheap. The startup costs for a fresh sponsorship of a youth baseball team is the costliest investment—up to $1,000 for equipment, gear and uniforms. “Once you have the equipment, it generally costs about $500 per year,” he notes. “This includes jerseys, upgraded equipment, pants, socks, etc. I always throw an end-of-the-year pizza party for each team, and, if I’m not a coach, I make sure to attend several games.”

While this might seem like a lot of money, especially for a small pizzeria, Weavel thinks it’s worth the investment. “I feel that people are very loyal to Anna’s Pizza and Pasta because of how much I am involved in not just sponsoring teams but in being a part of their kids’ lives,” he says.  “Playing for one of the Anna’s teams definitely makes the kids want to eat at Anna’s, and kids are the driving force as to where their parents eat.”

Besides garnering great free publicity through local newspaper articles and pictures, every jersey with the Anna’s logo on the back serves as a can’t-miss billboard. “I love seeing these kids running around town in their Anna’s Pizza & Pasta jerseys,” Weavel adds. “You see it all year long, and it’s great advertising!”

But there’s another unexpected perk that Weavel has noticed over the years: It turns out that many of the youths on past Anna’s Pizza teams have gone on to take jobs at the pizzeria. “We just counted them off from the team pictures on Anna’s ‘Wall of Fame’ and saw at least 10 kids who went on to put in great years of work at Anna’s when they became old enough,” says Weavel. “Now that’s true loyalty!”

Not every sports lover keeps up with local games, but virtually all fans follow the college and pro teams. Even if your pizzeria isn’t in a position to work with the nearest high school or junior high squads—maybe your competitors already have that niche sewn up—you can always switch on the TV set and promote around the big leagues.

“We have TVs all over the restaurant, including the dining rooms, sports lounge and bar,” says Todd Wabeke, marketing manager of Uccello’s Ristorante, Pizzeria & Sports Lounge (uccellos.com) in Grand Rapids, Michigan. “We offer all of the TV packages that cover the major sports—NFL, NBA, MLB and NHL. We also carry soccer games, golf and tennis. We are busy year-round, but we have great sports days during football, basketball and baseball seasons and the playoffs.”

Just how serious are these folks about their sports? For starters, Uccello’s serves as an official sponsor of the Grand Rapids Griffins, the minor league hockey team for the Detroit Red Wings. “West Michigan is a great hockey area, from high school to college to the pros,” Wabeke points out. “We have a fantastic relationship with the Griffins, who are the future Red Wings players. That brings us great exposure.”

But Grand Rapids is located in a state with a proud gridiron tradition, too—schools such as the University of Michigan and Michigan State University play powerhouse football, and the Detroit Lions are no slouches, either. With that in mind, at each of Uccello’s four locations, the centerpiece of the sports lounge is a football-shaped bar. “It’s perfect for viewing all sports,” Wabeke says. “We have tons of TVs at every angle for our bar guests.”

Of course, even a million wide-screen, high-definition TVs won’t earn you a dime if they’re playing to an empty room. Uccello’s offers drink and appetizer specials for all college and pro football games, but if you’re willing to spend a little extra—and get creative—consider the following ideas:

1) Host a Jersey Day promotion in honor of your local or regional sports team (college, pro or semipro). Customers who show up wearing that team’s jersey get a free slice of pizza, a free appetizer or some other worthwhile special.

2) Use your Facebook, Twitter and other social media accounts to spread the word; shoot out an announcement to your email database as well.

3) Host fantasy football or baseball draft parties for the diehard sports fanatics in your area. You can either let your patrons create the leagues themselves or offer to create the leagues for them, then encourage them to watch all of the big games at your pizzeria. At the season’s end, consider giving away a big-ticket prize to the overall winner or winners.

4) Create promotions around favorite pro or college team players. The Post Sports Bar & Grill in St. Louis, for example, gives away rounds of shots whenever the Cardinals’ Lance Berkman hits a homer. On the other hand, they may do the same when a particularly hated player on a rival team hits into a double play.

5) Offer to host team dinners or to provide food for post-practice get-togethers. For pro or semipro teams, you may want to go so far as to offer free catering for their team breakfasts or dinners throughout the season. Once you get pro athletes hooked on your food, they’ll start showing up on their own, and the resulting publicity is priceless!