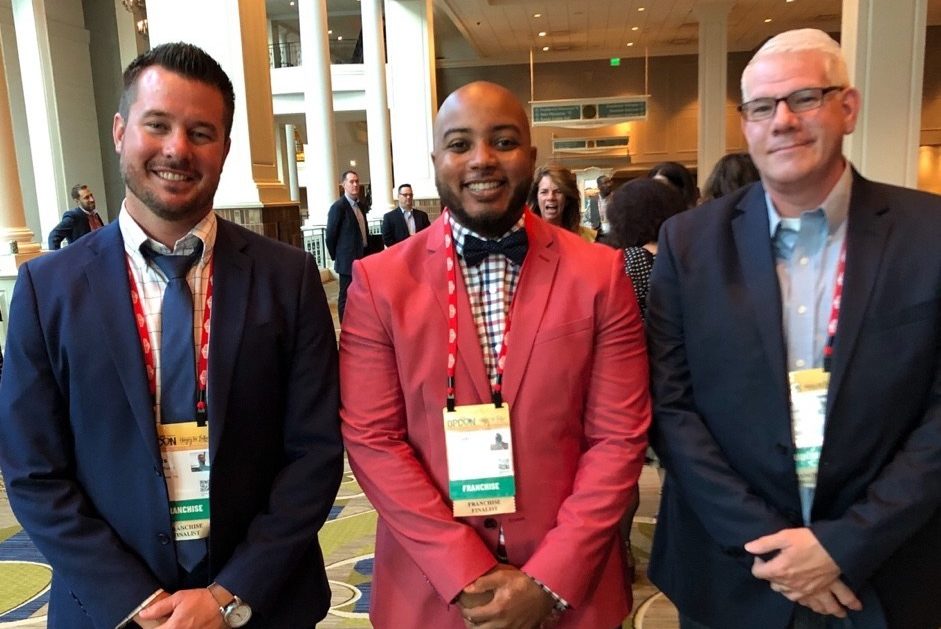 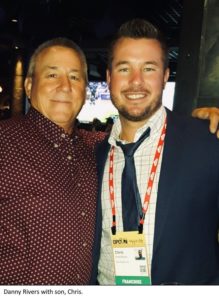 With over 5,000 restaurants worldwide, franchisees are nominated from each of four regions. Rivers’ locally owned-and-operated group represented the Southeast Region. Papa John’s granted Rivers a $20,000 check and a crystal replica of a Papa John’s restaurant at the awards banquet.

As he accepted the award, Rivers credited his operating supervisors, Jason Fresh and Elliott Washington, for their contribution along with managers and team members this past year.

Rivers thanked his father, Danny Rivers, who operates a Papa John’s franchise in Texas and Louisiana.

“I will always be grateful to him teaching me to listen to your inner voice,” he said, “always do the right thing, and have the courage to fail… and [to] get back up.”

Rivers also welcomed Shaquille O’Neal to Papa John’s as its board member, franchisee, and brand ambassador.

“We’re thrilled to have won the award,” Rivers said, “and I can’t think of a better way to celebrate than by welcoming Shaq to the Papa John’s team. Wow! Shaq’s size 22s are some big shoes to fill, and we can’t wait. It’s going to be an exciting year for Papa John’s.”

It will be an exciting year for Rivers’ franchise company, too. Say Cheese is opening a twelfth Papa John’s in Robertsdale, Alabama this summer.