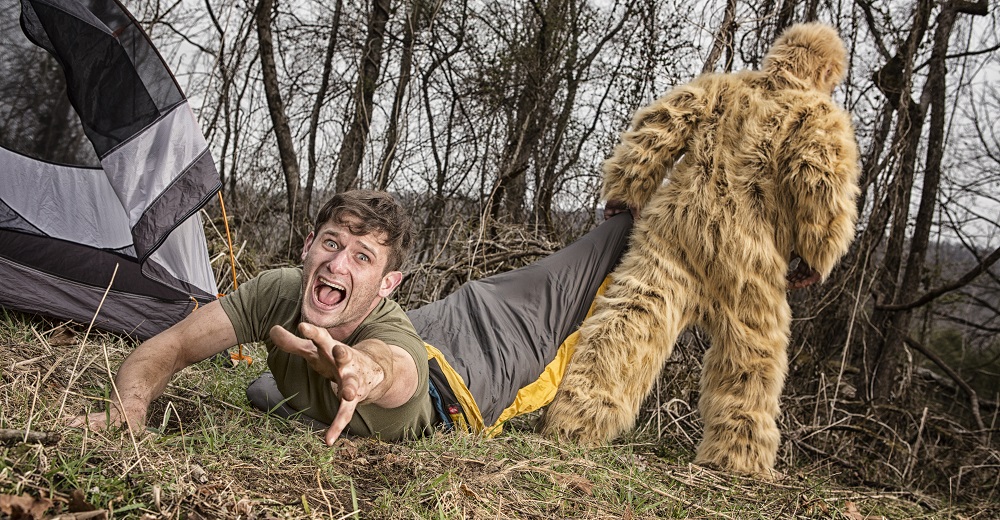 Pizza Hut’s social media staff learned the hard way this week that the trending #Bigfoot hashtag didn’t mean what they thought it meant.

Either that or the chain has a wickedly canny sense of humor, and no one can fault them for that.

Apparently keen to cash in on the hashtag despite (or because of) its context, Pizza Hut yesterday tweeted the hashtag in reference to its oversized Bigfoot pizza from the 1990s: “Did someone say #BigFoot? Throwback to one of our favorite guilty pleasures.” 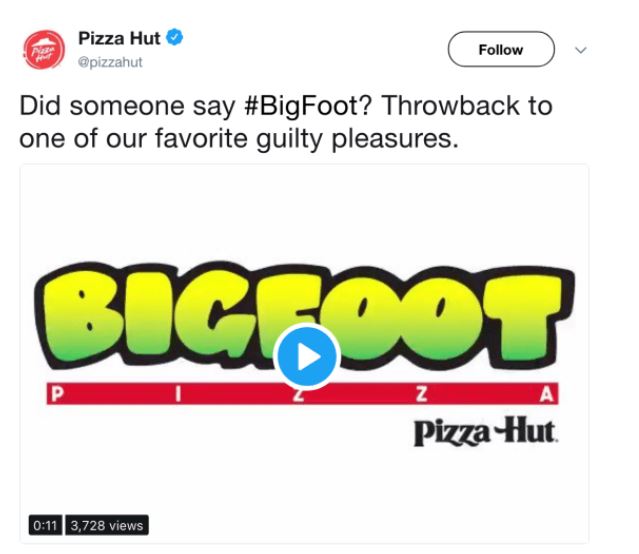 In fact, the hashtag refers to a claim by Leslie Cockburn, a Democratic candidate for Congress in Virginia’s 5th District, about her Republican opponent, Denver Riggleman. Cockburn tweeted a screenshot of a post from Riggleman’s Instagram page that depicts a Sasquatch with a censor bar covering its genital area, noting that Riggleman “has been exposed as a devotee of Bigfoot erotica.”

According to Rolling Stone, Riggleman is, in fact, “something of a Bigfoot aficionado” who self-published a book called, “Mating Habits of Bigfoot,” apparently a parody of an anthropological study of the mythical “missing link.”

Just for fun: The world's largest gummy pizza sells for $150 a slice.

Whether Pizza Hut’s Twitter team knew the origins of the hashtag is unknown, but some online publications and social media users have been making fun of the chain for what they assumed to be a PR goof.

“It’s going to be a rough day for the people who run Pizza Hut’s social media accounts,” Cale Guthrie Weissman wrote on Fast Company. “They likely got up this morning and checked various lists and analytics to see what was trending online, as a way to figure out what social posts they should deliver to their pizza-loving audience. They probably saw that the #bigfoot hashtag was trending and assumed there was another Yeti sighting, or something. I’m guessing they didn’t click the hashtag to investigate further.”

Or the chain’s Twitter team might have known exactly what it was doing. When a Twitter user called the company out for its use of the #Bigfoot hashtag, the company simply responded with a sunglasses emoji, implying that they were in on the joke all the while.

For the record, Riggleman has called Cockburn’s accusations “absurd.” He told the Daily Progress that the Bigfoot posts on his Instagram were a joke played on him by his military friends. He posted the images for fun and never thought they’d be used against him in the political campaign. 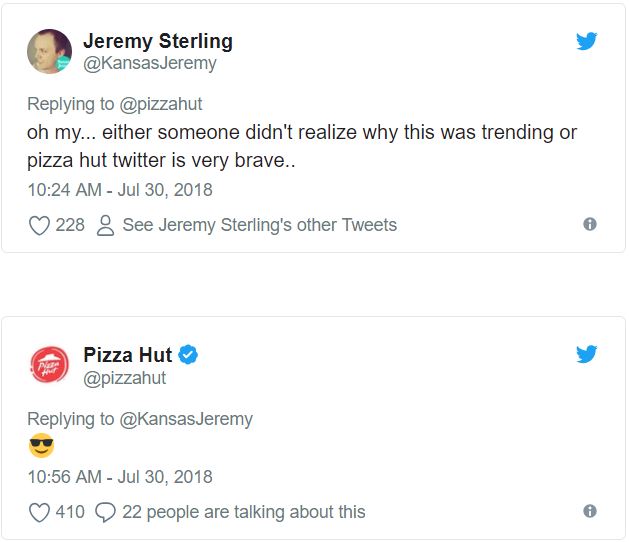