After Less Than a Year, Vegan Pizza Menu Is a Hit for Sarpino's - PMQ Pizza Magazine 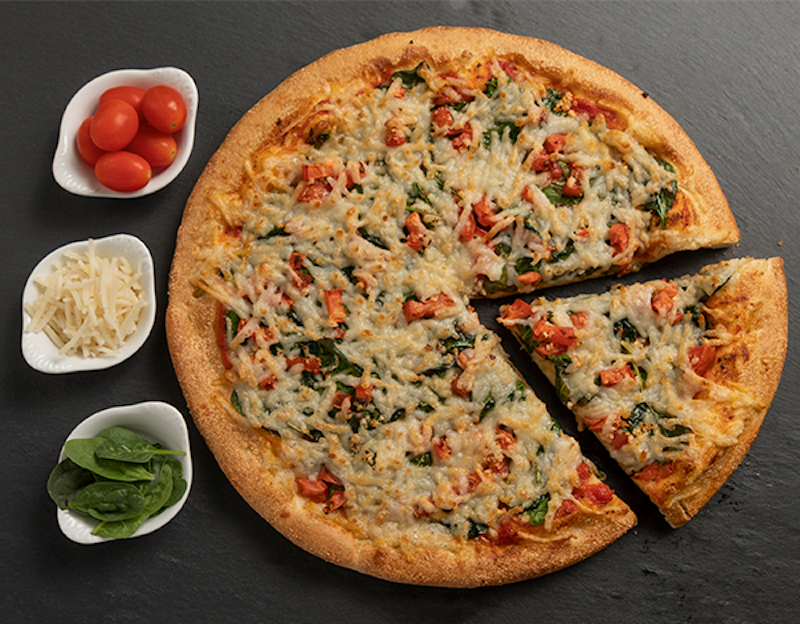 The Vegan Florentina Pizza is one of more than a dozen vegan pizzas on the menu at Sarpino's Pizzeria.

Sarpino’s Pizzeria, with locations throughout the Midwest and Southeast, says its lineup of vegan pizzas, unveiled in June 2020, has been a success, bringing in new customers drawn to its extensive plant-based menu.

In a press release, the company said it has been able to “provide great food options to customers that were previously restricted” and “plans on continuing to enhance [its] vegan offerings, [which have] resonated well with the customer base.”

Last November, People for the Ethical Treatment of Animals (PETA) listed Sarpino’s as one of the top 50 chains offering animal-free pizza.

Sarpino’s has celebrated Meatless Mondays every week in April with a 10 percent discount on all non-meat menu items, excluding appetizers and desserts.