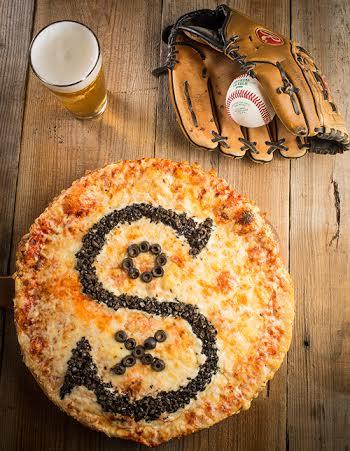 "Say it ain't so" is a quote that's meaningful to baseball fans and now pizza fans of a famous South Side Chicago pizzeria.

Sanfratello's Pizza, among the originators of Chicago's other pizza — thin-crust, square-cut tavern style — recalled the anniversary of the famous youngster's pleading to baseball star Shoeless Joe Jackson outside a Chicago courthouse on September 28 1920. Jackson admitted throwing World Series games that fall in the Black Sox scandal, which resulted in the lifetime .356 hitter being banned from the game. To commemorate the cry heard 'round the baseball world, Sanfratello's, on Sept. 28, offered a large pizza topped with black olives in the shape of a black sock at its Highland, Indiana, location.