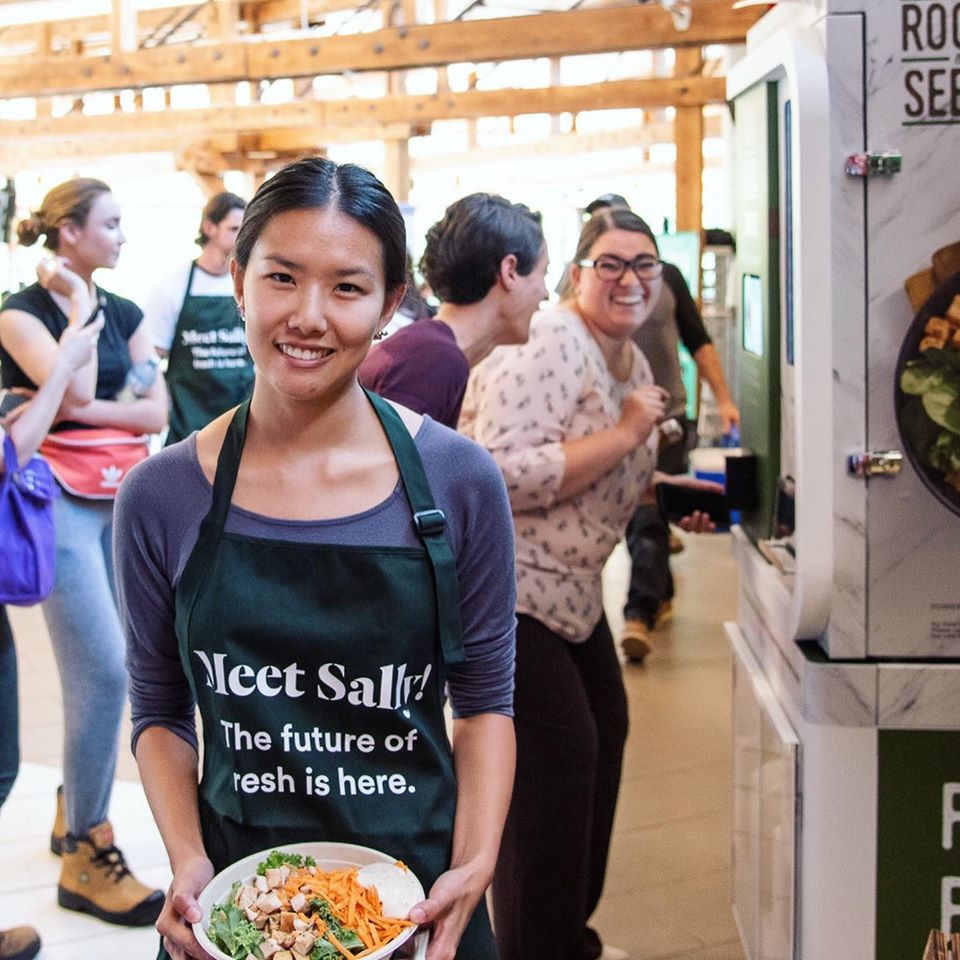 Does Chowbotics' Sally the food robot point to the future of foodservice automation?

Described as “the world’s first fresh food robot,” Sally, which looks more like a fancy vending machine than R2D2, can assemble and serve customizable salads, yogurts, pasta bowls, grains and more. It can be stocked with fresh seasonal ingredients, such as cherry tomatoes, cucumbers, lettuce, cauliflower, quinoa and walnuts, and programmed to produce a variety of regional cuisines, including French, Mediterranean, Latin and Indian, according to the company’s website.

Nation’s Restaurant News (NRN) reports that Chowbotics has thus far sold 184 Sally robots, which are designed to operate 24/7 in buildings where physical space is limited, such as hospitals and college campuses. It can hold 22 ingredient canisters and assemble eight-component, whole-food meals in 90 seconds, using sophisticated robotics and algorithms to dispense portions in specific sizes.

Sally was one of two food bots that received a Kitchen Innovations Award at last year’s National Restaurant Association Show. The other was Penny, a serving robot from Bear Robotics that can shuttle food from the kitchen to tables and bring dishes back for cleaning.

Chowbotics has also been named one of “The World’s Most Innovative Companies in Robotics” by Fast Company.

Chowbotics founder Dr. Deepak Sekar hired Rick Wilmer as the company’s CEO last October, with the goal of moving Sally into more markets. “I was immediately drawn to Chowbotics because of its phenomenal people, innovative product, impressive financial growth, and promising outlook for the future,” Wilmer said in a press release when he was hired. “I am thrilled to be working at the forefront of making fresh, healthy and delicious food ubiquitously available through technology.”