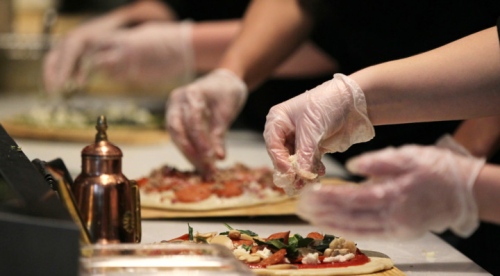 According to Ohio.com, the new restaurant will specialize in thin-crust pizza, made in front of customers and rapidly baked in a 700-degree oven — is a main ingredient in Sean Brauser’s new pizza restaurant concept, dubbed PizzaFire.

Brauser and his partners opened the first PizzaFire in October in downtown Akron. They plan to open as many as eight more in Northeast Ohio over the next 18 months. Brauser claims to be the Chipotle of pizza, touting PizzaFire’s fresh ingredients and super-quick baking time: 180 seconds.