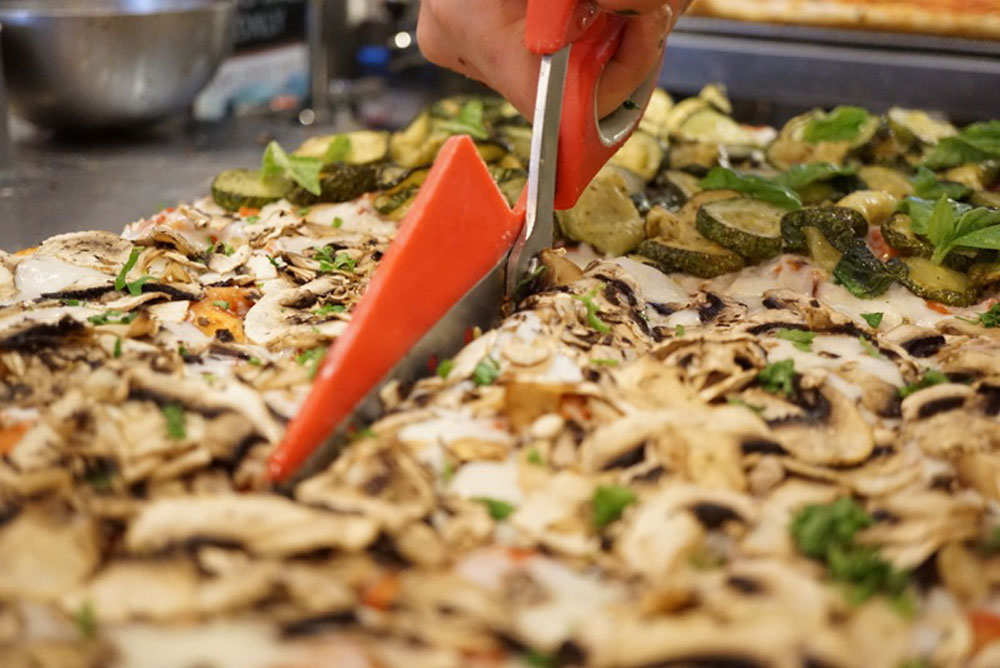 Rome wasn’t built in a day, and neither is Roman-style pizza. The dough for Roman pizza, also known as pizza in teglia or pizza al taglio, takes 72 to 96 hours to prepare and results in an incredibly light, chewy, crunchy, and airy pizza crust which can be topped with just about anything. It’s not a complicated process, but it takes time to learn—and anyone can at the Roman Pizza Academy.

The Roman Pizza Academy grew out of an increased demand for specialized pizza skills and renewed interest in Roman pizza al taglio. “Pizza in teglia is unique,” says Massimiliano Saieva, lead instructor at the academy. “It’s not Sicilian. It’s not focaccia. It’s not ‘pan pizza.’ What you want is a firm, highly digestible crust with large, honeycomb-like air pockets.”

Roman-style pizza will allow you to cut back on preparation time during rush hours, because most of the preparation is done in advance, leaving you more face time with customers during service. Although the rise time for the dough is long, serving pizza al taglio is a snap. Each one is par-baked and topped, ready to be cut with the traditional scissors, and finished off in the oven. “Americans like to see their food in advance,” says Saieva. “The Chipotle model has shown us that. Pizza al taglio gives you a beautiful display to catch your customers’ eye.” 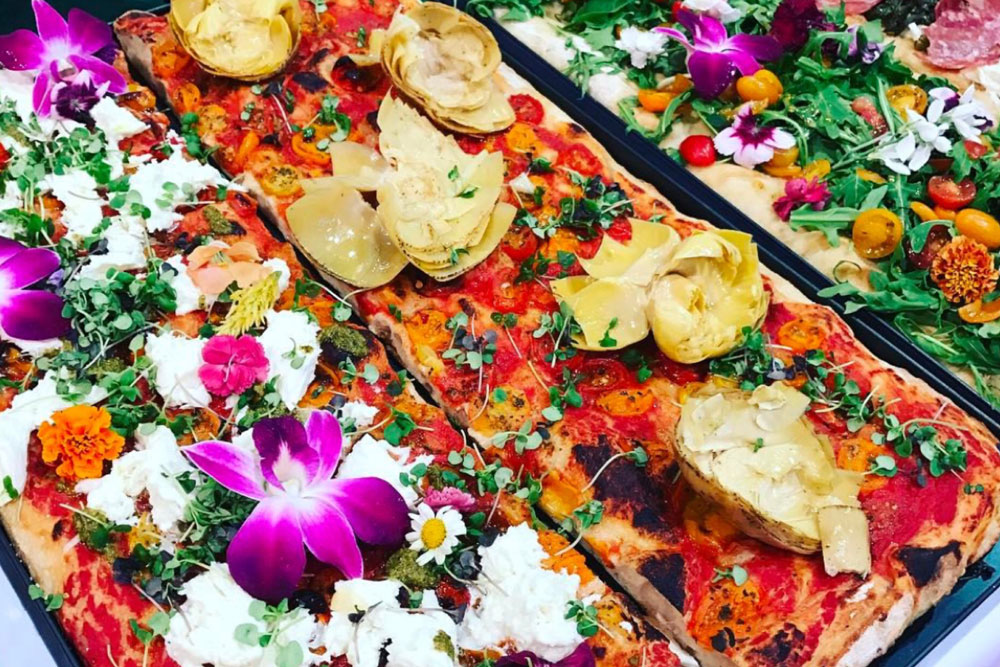 The texture of the crust allows tremendous versatility with toppings, unlike traditional round wood-fired pizzas, which usually can only support one or two toppings without affecting the quality of the bake. Toppings are limitless, but the high-end toppings are what really make this pizza shine: Porcini mushrooms, pistachio cream, truffle shavings and smoked salmon are just a few. Your creativity is the only limit.

The Roman Pizza Academy teaches you not only how to make great pizza al taglio, but also offers everything you need to open your own pizzeria, including consultation, ingredients, equipment, and tools.

Classes vary depending on how much experience you already have in pizza and where you want to take your new skills. “The majority of our students already own a pizzeria and are looking to make a change,” says Saieva. “We can help with either established classes at our school or on location, where we teach you in your own working environment.”

To find out more, visit their website at www.romanpizzaacademy.com. 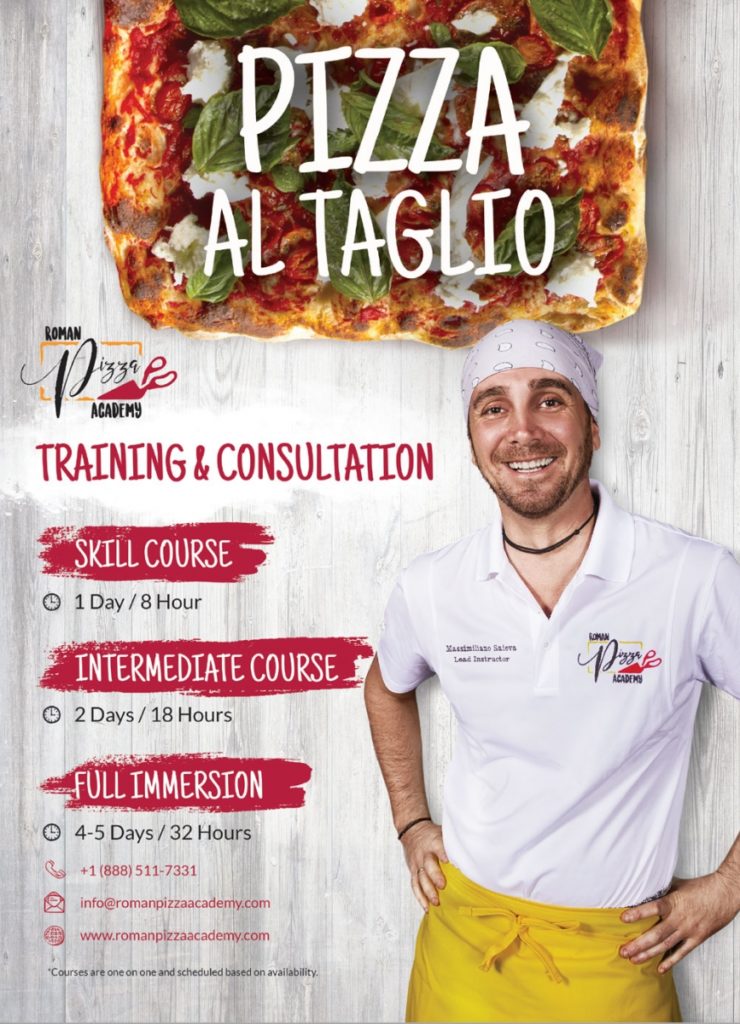