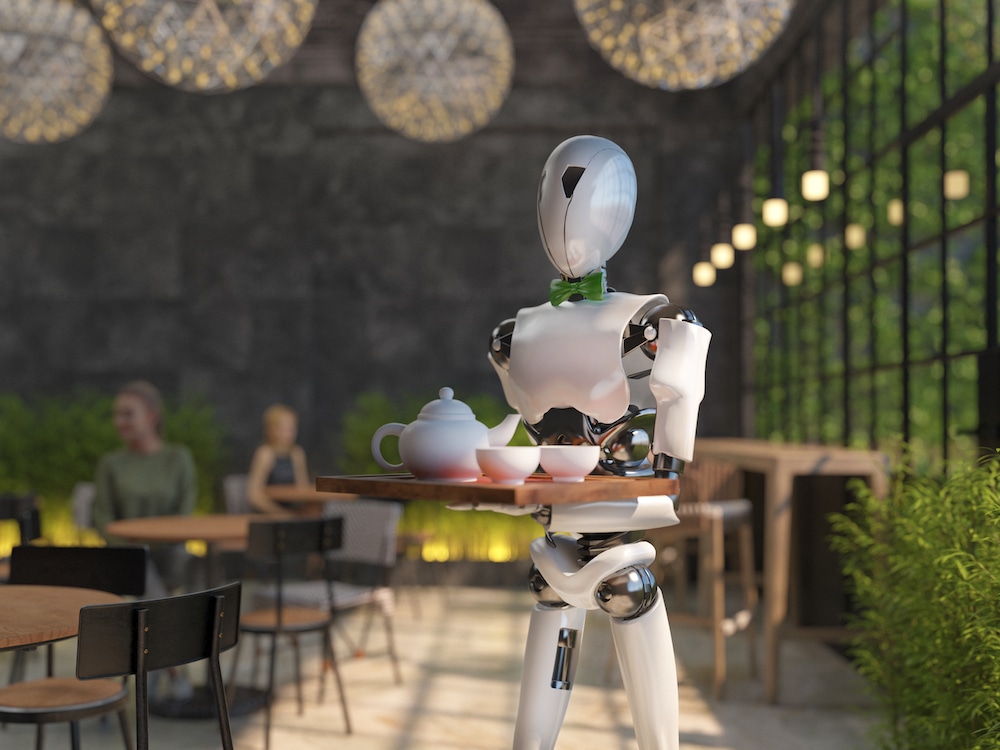 Your best server or bartender could soon be replaced by a mechanical counterpart, says a new study from Ball State University. But that doesn’t mean your customers will like it.

In her study, “How to Build a Better Robot for Quick Service Restaurants,” recently published in the Journal of Hospitality and Tourism Research, Dina Marie Zemke, an associate professor of residential property management at Ball State University, found that the overwhelming majority of respondents believe there is no stopping the robotic transformation of the food service industry, including quick-service restaurants (QSRs).

“There was a high level of resignation about the inevitability of QSRs incorporating robots during our group interviews,” said Zemke, who collaborated on the study with several faculty from the University of Nevada, Las Vegas. “This finding is similar to the acceptability of routine societal change. Participants felt that the incorporation of robotic technology is a question of when, rather than a question of if.”

“And imagine telling your problems to a robot instead of a human,” she said. “It changes the dynamic of bartending dramatically when you add in a mechanism with artificial intelligence and not common sense.”

Zemke points out that robotic technology designed to perform specific physical tasks has recently emerged as an option for hospitality businesses due to decreasing robotic equipment costs.

The price to purchase a hamburger-cooking robot is about $60,000. However, many industrial service robots, such as robotic vacuums and robotic assembly arms, are leased. A commercial robotic vacuum will cost between $7,000 and $15,000 to purchase, but they are often leased at $4 to $6 per hour of operating time, less than the minimum wage of $7.25. The manufacturer or distributor is responsible for all maintenance on the device.

Zemke noted that the majority of robots used in the hospitality industry are technologies initially developed for other industries, such as automobile and food manufacturing, which have been modified from their original functions to perform their tasks in a hospitality setting.

Examples include the work performed by robotic vacuums, information displays, and robotic manufacturing assembly arms that can put together pizzas or make cocktails.

The study also found that robots are still a novelty for most people.

“At this point, a lot of people have a positive impression of robotic technology that entices guests to visit the location at least once, although they were unsure whether the robotics would sufficiently overcome average food or service to entice them to return to the restaurant a second time,” Zemke said. “This is consistent with past examples of restaurant concepts that provided a highly unique experience but suffered from the reputation that the guest would visit once because of the ‘experience’ but would not return because the food was too expensive and/or the food quality or service provided a poor value overall.”

Despite the impending changes, the study found that respondents have major concerns regarding the societal impact of robotics entering the realm of QSR operations, including the cleanliness and food safety of robot technology as well as the ability to communicate with robots, especially in terms of voice recognition, for both native and non-native English speakers.

In the end, Zemke believes rising labor costs will force restaurant owners to turn to robotics.

“The genesis of this study was the ‘Fight for $15’ movement, which focused heavily on hourly service jobs, such as those in franchised quick-service restaurants,” she said. “Many restaurant operators cautiously suggested that they may explore robotics as an alternative to absorbing these increased labor costs.”