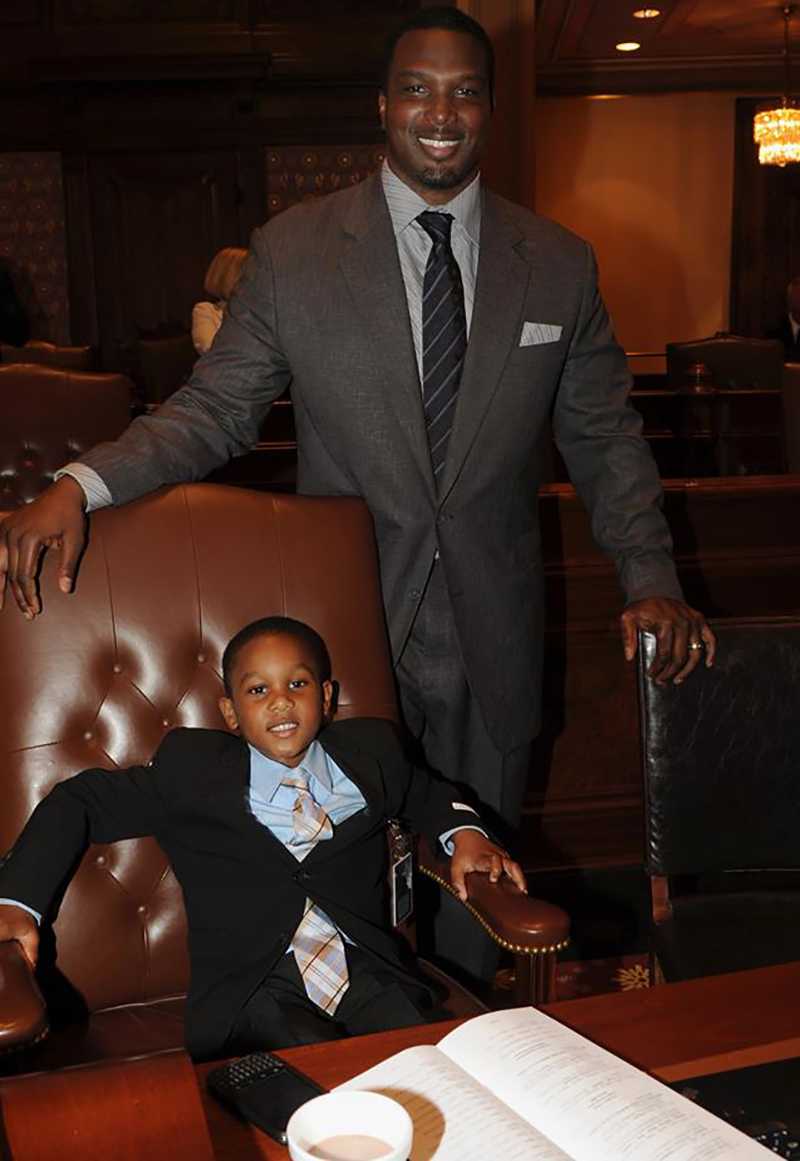 When four men tried to mug a pizza delivery guy in Harvey, Illinois, they had no idea they were robbing a state senator. But Napoleon Harris’ political muscle was the least of their problems.

He’s also a former NFL linebacker, a 6’3, 250-pound mountain of muscle. And his quick action may have even helped police solve a murder.

Harris now serves in the Illinois State Senate and owns two Beggars Pizza shops in the area. When a call came in for a delivery to a house at 158th Street and Paulina Avenue in Harvey, the Beggars’ crew was overwhelmed, prompting Harris to make the delivery run personally. He arrived to find one man standing on the porch, but then three more men jumped out of the bushes and attacked him.

“They put a chokehold on the senator, but to no avail,” his spokesman, Sean Howard, told the local CBS affiliate. “They were really trying to choke him to death, and he was just too strong. He out-powered all four of them.”

Harris, who played seven seasons in the NFL for the Vikings, the Kansas City Chiefs and the Oakland Raiders, had seen his share of scrums and easily fended off his attackers. “As they were all beating on him, one guy just went out of his way and really hit him hard, and Napoleon never moved,” Howard reported. “He just looked at him like Hulk Hogan, and from that the guys knew that ‘we better get out of here because we can’t get this guy down.’”

After the muggers fled in a Chevy Tahoe, Harris went after them in his own vehicle while phoning the police to let them know about the incident. Although the four men finally abandoned the Tahoe and got away, police found blood inside the back of the truck and soon identified its owner. Turns out he was dead, with his body discovered after the attack on Harris, and the blood in the truck was his.

Thanks to Harris’ description and other evidence, authorities were able to track down and arrest three suspects and have identified the fourth, who will likely also be charged in the attack.

Harris has a license to carry a concealed gun, but he was unarmed at the time of the attack, Harris said, because he has children and doesn't feel comfortable with keeping a gun in the car. He didn’t need a weapon anyway. “This wasn’t the average 5’9 delivery guy,” Harris noted.