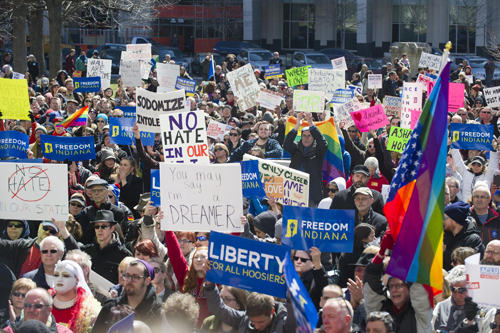 The owners of a small pizzeria in Walkerton, Indiana have publicly expressed their  support of the state's Religious Freedom Restoration Act saying, “If a gay couple came in and wanted us to provide pizzas for their wedding, we would have to say no.”That's what Crystal O'Connor of Memories Pizza told ABC 57 News.

The Indianapolis ABC affiliate reports the O'Connor's have owned Memories Pizza in Walkerton for 9 years. The O'Connor family prides themselves in owning a business that reflects their religious beliefs. “We're not discriminating against anyone, that's just our belief and anyone has the right to believe in anything,” says O'Connor.

Read more about this RFRA standoff for an Indiana pizzeria.