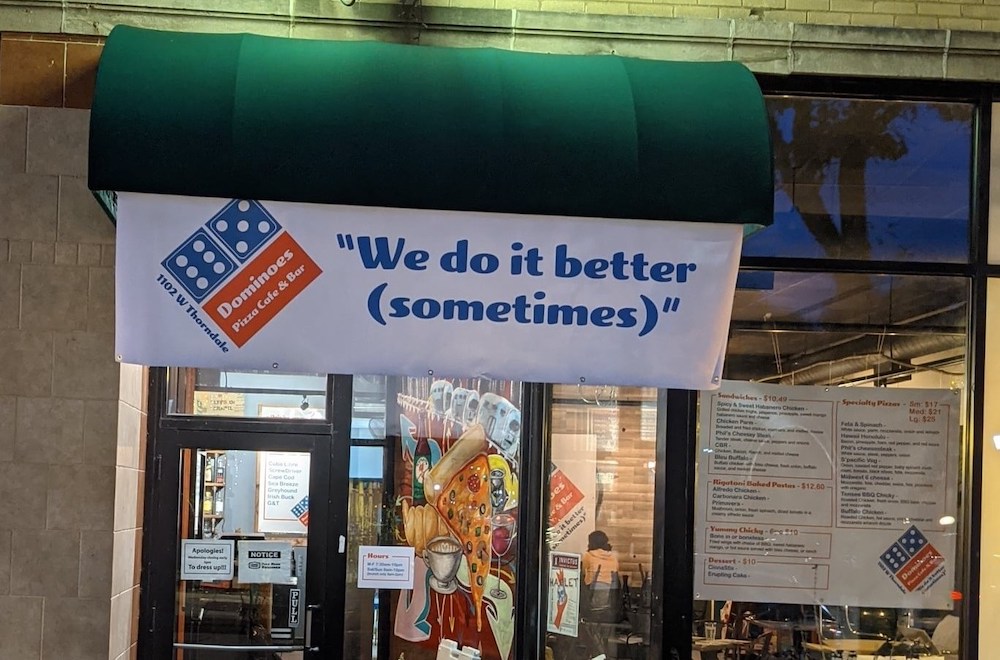 Daniel Barat might be a little too old for trick-or-treat, but he still knows how to get into mischief. He has dressed up his Chicago pizzeria, Rewired Pizza Café and Bar, in a Halloween costume that’s sure to irk the country’s largest pizza chain.

Barat has temporarily branded Rewired Pizza as “Dominoes,” complete with a logo resembling the iconic brand’s own and recipes inspired by Domino’s menu.

He told Block Club Chicago that he got the idea while building out his pizza shop, which opened last year. “We would be sitting there doing research and development, and I kept seeing Domino’s drivers drive by,” he recalled.

That’s enough to discourage any fledgling independent pizzeria owner, but not Barat. “I said, ‘We should rebrand the whole place as ‘Dominoes.’” And that’s exactly what he’s done, less than a year after opening his restaurant on Thorndale Avenue. 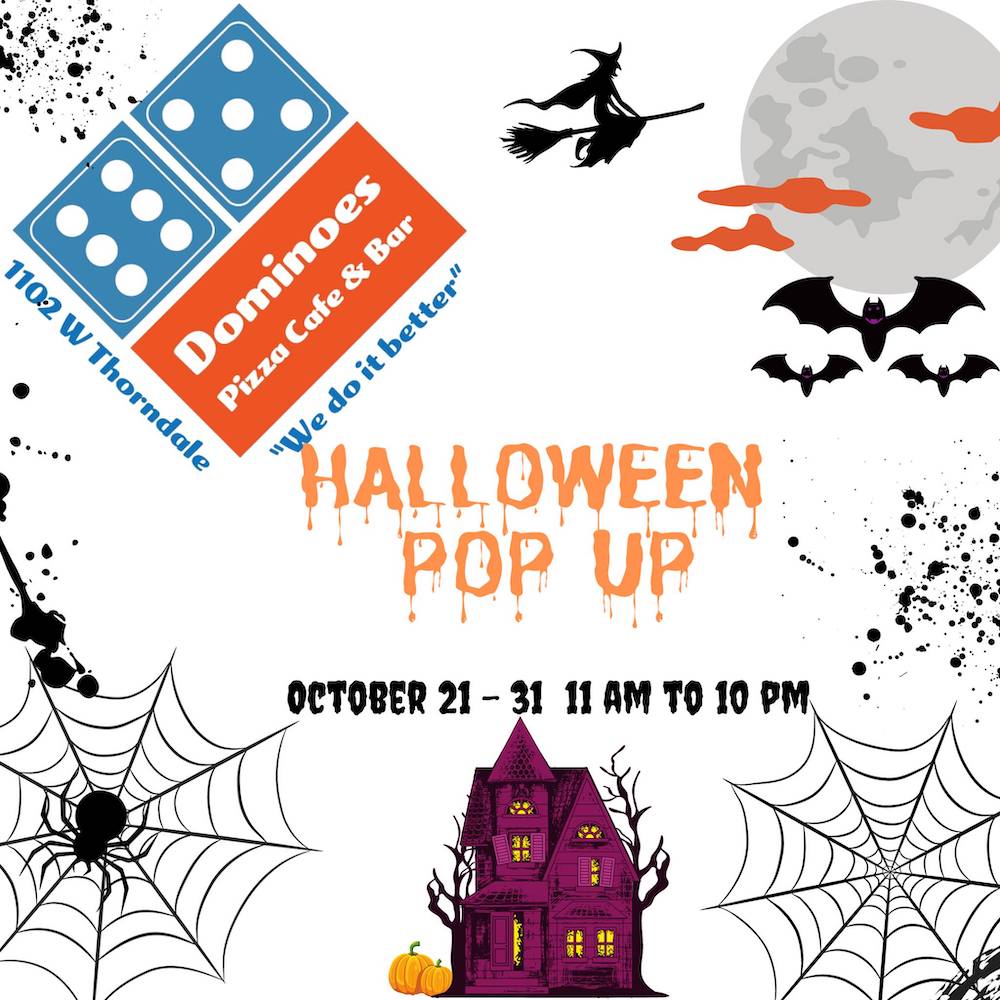 Call it a pop-up or just a restaurateur’s version of rolling some rich guy’s house with toilet paper, but Barat is taking the Dominoes stunt as far as he can. He has created Dominoes signage and décor that reflects the famous chain’s blue-and-red color palette, plus a cheeky slogan: “We Do It Better,” or, alternatively, “We Do It Better (Sometimes).”

“It’s a little play on their menu,” Barat said in the Block Club Chicago interview. “It was super-fun. I told the staff, ‘Have fun for 10 days and keep it light.”

But the “trick” has to be explained to some customers, he admitted. “There was some confusion originally, but once people learned it was a Halloween costume, they went with it. Most people appreciate it.”