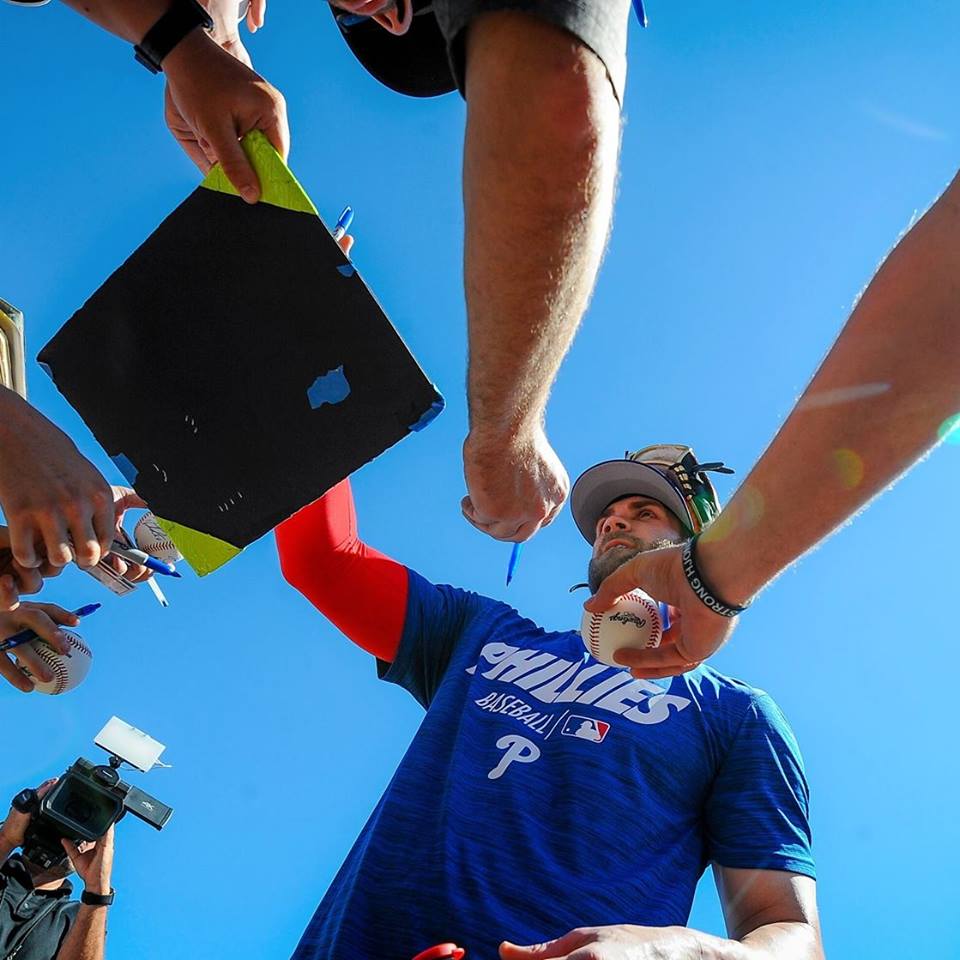 In this photo from Harper's Facebook page, the slugger signs autographs after joining the Phillies.

The Philadelphia Phillies are facing the Washington Nationals tonight in Nationals Park for a rare five-game series. For the Phillies’ right fielder Bryce Harper, the homecoming won’t be pleasant.

After a near-decade with the Nationals, Harper signed a 13-year, $330 million contract with Philadelphia on March 2, 2019, one of the largest contracts in MBA history.  The Nationals fanbase felt heartsick from his departure. Now a D.C.-headquartered pizza chain, &pizza, is getting sweet revenge with a limited-time promotion.

Bryce Harper returns to DC tomorrow + we’re celebrating with $3 pizzas. Whenever he strikes out, text #UROUT to #200-03 to get your code.

&pizza declared that every time Harper strikes out against the Nationals, it will sell pizzas for $3. The offer stands from September 23 to 26, and the fans must text #UROUT to 200-03 within 30 minutes of the strikeout to claim the discount. The best part? The discount applies everywhere, even for fans outside of Washington D.C.

Are the pizzas gonna be extra salty like y’all?

@LauraHayesDC who is going to get people some very cheap pizzas? pic.twitter.com/Q8yzTpdoaD

Clowning Bryce makes me so happy, but cheap pizza makes me happier

So what are we thinking….

Is it mean? Probably. Was it mean of Harper to leave the Nationals after nine years? Maybe. Will the pizza be delicious? Without a doubt.