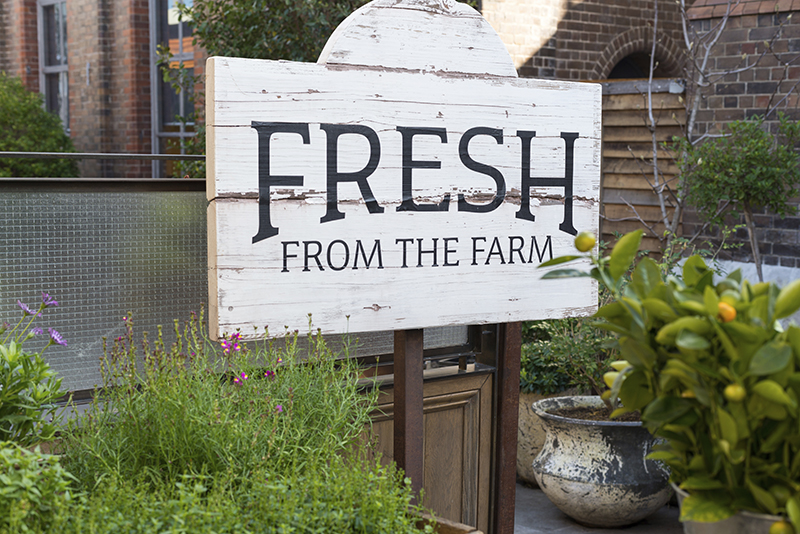 The article, bearing the headline “Farm to Fable” and penned by the paper’s food critic, Laura Reiley, looks at restaurants ranging from seafood eateries to sandwich shops. “At Pelagia Trattoria … the ‘Florida blue crab’ comes from the Indian Ocean,” Reiley writes. “Mermaid Tavern … pretends cheese curds are homemade and shrimp are from Florida. At Maritana Grille … chefs claim to get pork from a farmer who doesn’t sell to them.”

“This is a story we’re all being fed,” the article continues. “A story about overalls, rich soil and John Deere tractors scattering broods of busy chickens. A story about healthy animals living happy lives, heirloom tomatoes hanging heavy and earnest artisans rolling wheels of cheese into aging caves nearby. More often than not, those things are fairy tales. A long list of Tampa Bay restaurants are willing to capitalize on our hunger for the story.”

In her investigative report, Reiley revisited restaurants that she had personally reviewed—and praised—in previous articles. In the case of The Mill, located in St. Petersburg, Reiley calls out chef-owner Ted Dorsey for allegedly misleading customers about the provenance of his pork, quail and produce. She also questioned Mermaid Tavern chef Gary Moran about menu claims—no hormones, antibiotics or chemical additives, for example—that supposedly proved untrue. “The fish and chips, which the menu says uses wild Alaskan pollock, are made from frozen Chinese pollock treated with sodium tripolyphosphate, a common preservative,” Reiley reports. “And although the menu says its shrimp are Florida wild-caught, they are actually farm-raised in India.”

Moran didn’t deny Reiley’s findings, but explained, “We try to do local and sustainable as much as possible, but it’s not 100 percent. For the price point we’re trying to sell items, it’s just not possible.”