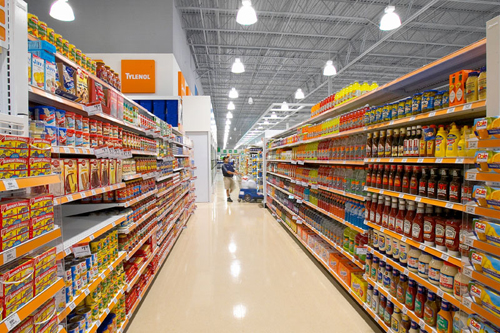 For the first time on record in December, monthly sales at restaurants exceeded grocery stores sales, according to data from the U.S. Census Bureau.  This development was hinted at through preliminary data releases in recent months, but was officially confirmed by today’s annual benchmark of Census data.

As the chart below illustrates, the gap between monthly grocery store sales and restaurant sales started gradually shrinking in 2010 – a trend that was partially due to the increase in consumers buying their groceries at big box stores.

However, the most striking part of the chart is the dramatic shift toward restaurants that occurred in the last 10 months. In June 2014, grocery store sales exceeded restaurant sales by $1.6 billion.  By April 2015, the gap had essentially reversed, with restaurant sales moving out in front by $1.5 billion.

In fact, the $3.1 billion sales shift registered during the last 10 months is nearly as much as occurred during the previous 4.5 years. 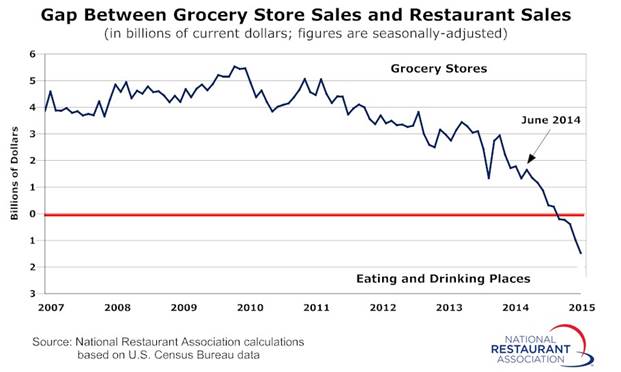