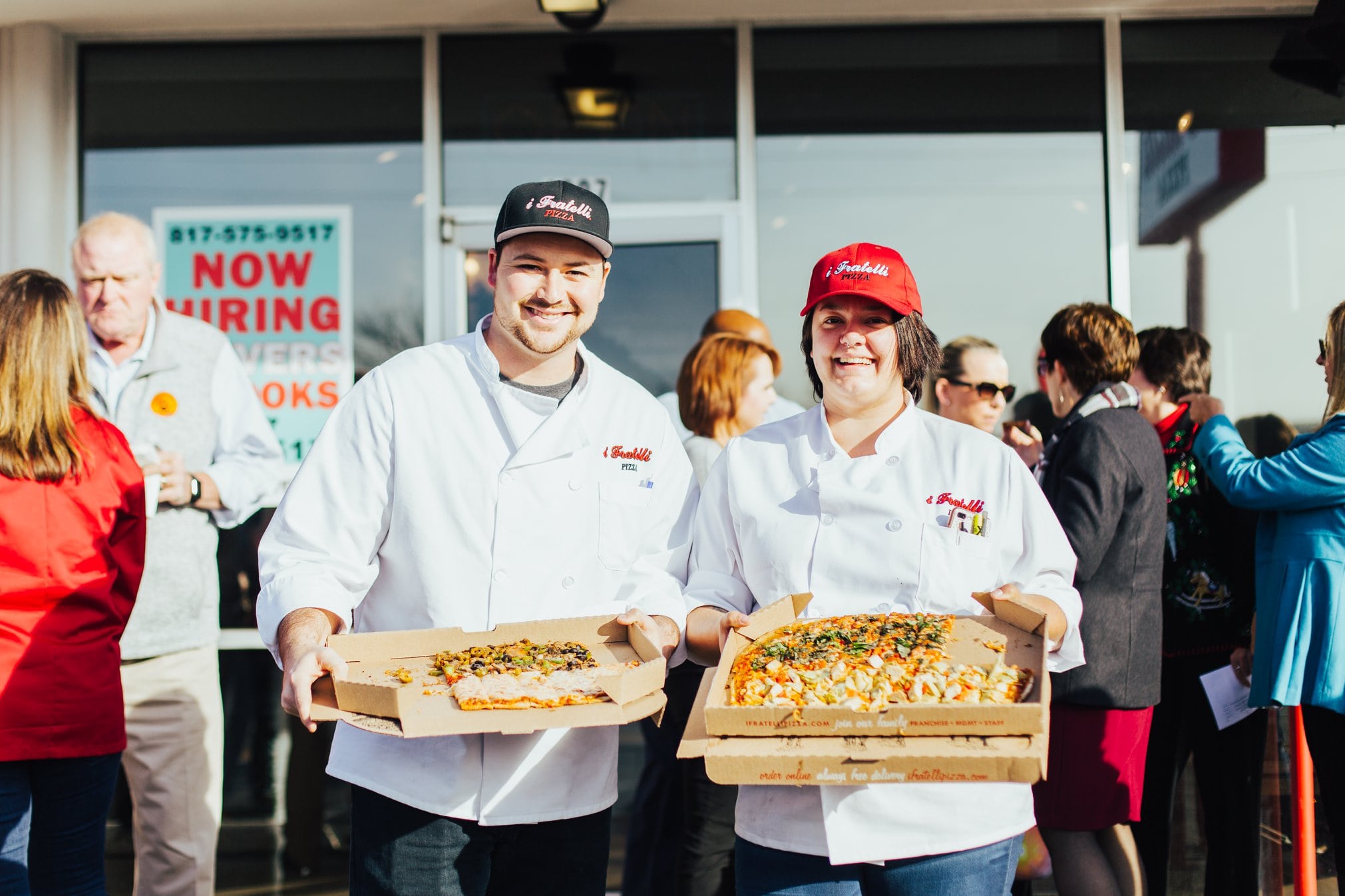 i Fratelli plans to open two new pizzerias in Texas while many restaurants are closing down around the country.

If it sounds crazy to open a new restaurant in the midst of a nationwide health and economic crisis, don’t tell that to executives at Irving, Texas-based i Fratelli Pizza Franchising LLC.

According to Nation’s Restaurant News, the company opened its 20th pizza store in Fort Worth last week and plans to open another one in Fossil Creek, Texas, next week, even as restaurants are closing down by the thousands across the country.

Related: Why Master Pizza in Cleveland is still hiring, not laying off workers

Charles Ballard, i Fratelli’s vice president of franchise development, explained to NRN that Americans need their restaurants—and the sense of normalcy they provide—right now.

“You must make an emotional connection with the customers in their market,” Ballard told NRN. “You must be involved in what concerns those customers. Right now, what concerns most people is staying healthy and keeping their life as normal as possible.”

What concerns most restaurant owners, meanwhile, is staying in business. Restaurants have taken a heavy blow as fears of the coronavirus pandemic lead to lockdowns and shelter-in-place orders across the country. According to new research from the National Restaurant Association (NRA), restaurant sales will likely be down by $45 billion nationwide in March 2020 compared to the previous year—and things look worse for April.

Related: How to get your coronavirus money – video Q&A with CPA Michael Rasmussen

The NRA surveyed more than 5,000 restaurant owners and operators and found that sales were down by 47 percent from March 1 through March 22. It also found that three percent of restaurant operators have already permanently closed their restaurants, while 44 percent have temporarily shut down. And 11 percent said they anticipate closing permanently in the next 30 days.

Other sobering findings from the NRA survey:

“This is uncharted territory,” said Hudson Riehle, the NRA’s senior vice president of research. “The industry has never experienced anything like this before.”

The NRA estimates the restaurant industry lost $25 billion in sales and more than 3 million jobs during the first 22 days of March.

Overall for March, the NRA projects restaurant sales will be down about $45 billion or 60 percent. If mandated closures continue, April sales could be even worse—down by about $60 billion, the NRA says.

Ballard of i Fratelli, meanwhile, remains optimistic that customers will still support the industry. “Restaurants should play a big part in their communities, and the more ways they can let their customers know this, the better,” he told NRN. “People will tell others what you are doing if you are doing it with sincerity.”