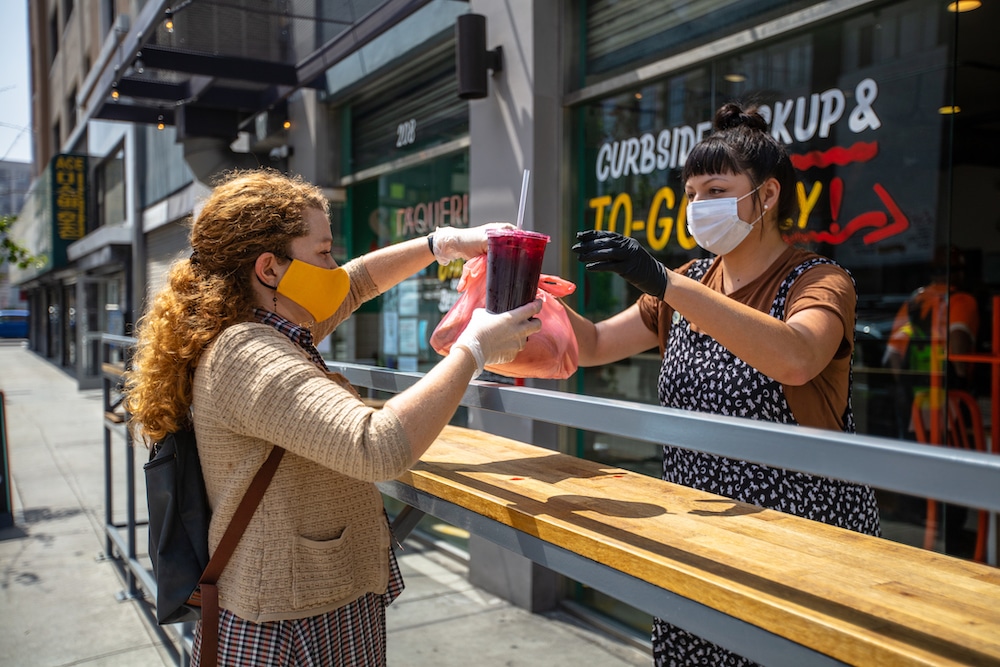 Marvin Irby, the association’s interim president and CEO, and Association Board Chair Melvin Rodrigue were among the restaurant leaders who met with the president. Irby told Trump that the restaurant industry has lost more than 8 million jobs and $240 billion in revenue in just a few months due to the coronavirus.

“While the Paycheck Protection Program (PPP) has been a great program for many businesses, including some restaurants, the industry’s unique business model has presented qualification and implementation challenges for many restaurants, and as a result they have not used the program,” Irby said.

In fact, a survey by the James Beard Foundation last month found that just four out of 10 restaurant applicants for PPP loans had received any money in the first round of funding under the CARES Act. Some that did receive loans were large chains like Shake Shack and Ruth’s Chris Steak House. But of the 88 percent of the survey’s respondents who had applied for PPP relief, only 41 percent were approved.

A second relief package from Congress in April allocated an additional $321 billion specifically for the PPP.

Under current PPP rules, loans can be forgiven as long as the business owner spends 75 percent of the money on payroll within eight weeks of receiving the funding. According to Fox News, National Restaurant Association representatives asked that the period be expanded from eight weeks to at least 24 weeks, giving restaurants more time to spend the money in rehiring employees.

In a March letter to President Trump, Senate Majority Leader Mitch McConnell and Speaker of the House Nancy Pelosi, the Association went much further in its request for help. It asked for more than $325 billion in government relief for the restaurant industry. In April the Association sent another letter and a detailed proposal for $240 billion in targeted federal relief, most of which would be given outright to restaurants rather than awarded through loans.

A press release from the National Restaurant Association provided no information about Trump’s response to the organization’s requests in the meeting. According to the Associated Press, Trump observed that financial markets were on the rise as more states reopen for business and that progress has been made on developing a vaccine for the virus.

“This was a very big day, therapeutically, cure-wise and vaccine-wise,” Trump said in the meeting, according to the AP article. “Tremendous progress has been made, as I’ve been saying for two weeks, because I’ve been seeing what’s going on and have been spearheading it largely.”

The president was apparently referring to news about positive early results from a test of a potential COVID-19 vaccine by Moderna. Dr. Tal Zaks, Moderna’s chief medical officer, told CNN that if future studies go well, the vaccine could be available to the public as early as January 2021.

Rodrigue, who is also CEO of Galatoire’s in New Orleans, reportedly told the president that the restaurant industry was a special case in terms of efforts to restart the economy. “We rely on social interaction, so it makes us really unique that we were hit hard quickly, and it’s going to make our comeback really difficult,” he told Trump.

When Rodrigue added that he was “glad to hear your news” about progress on a COVID-19 vaccine, Trump said, “My news negates what you just said because you would be back into business like you had it—no seats lost.”