The B-Word: Is It Time to Talk About a Bailout for the Restaurant Industry? - PMQ Pizza Magazine 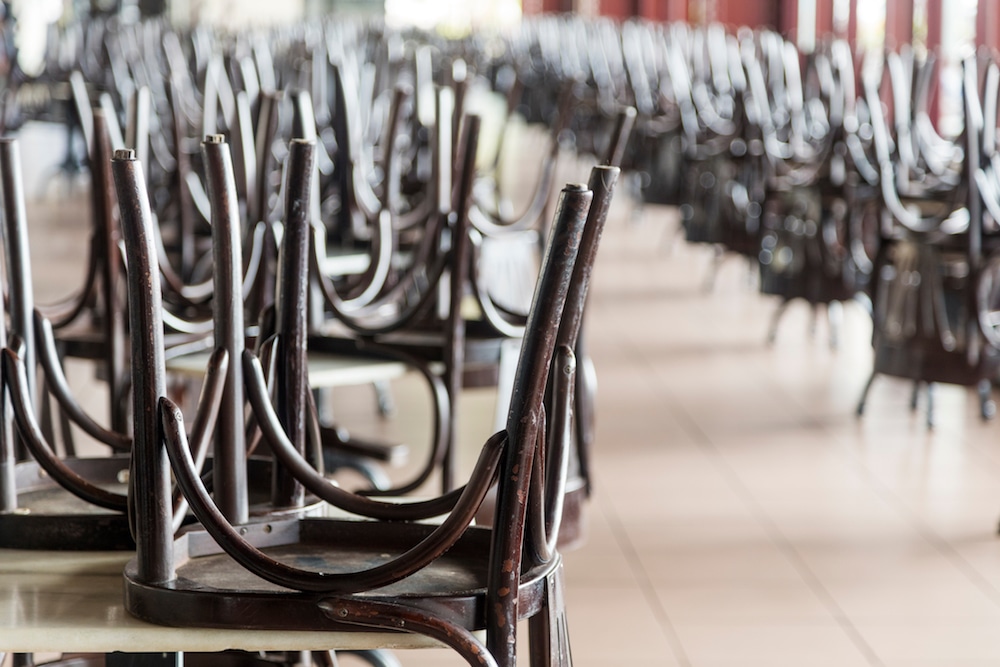 Some experts are calling for a restaurant industry bailout to keep foodservice establishments from going out of business and costing millions of jobs.

As restaurants close their doors and lay off employees nationwide in the midst of the coronavirus pandemic and political leaders debate solutions to prop up the economy, Eater.com isn’t afraid to use the b-word: B for bailout, that is.

Eater published an article, penned by Restaurant Editor Hillary Dixler Canavan, titled “Restaurants Are F—ed—Unless They Get a Bailout.” Canavan writes that the coronavirus seems “tailor-made to render restaurants unusable,” adding that “restaurants will not be able to delivery or takeout their way out of it.” Many will end up closing for good as the crisis drags on, she predicted, leading to “a restaurant landscape that will be entirely different” before it’s over.

“Independent operators need a major infusion of cash—cash that’s more readily available from the government than from their stressed-out customers—to make it,” Canavan writes. “They need rent alleviation, eviction protection, and tax deferrals, at a minimum, to live through this body blow. Who knows what they’ll end up getting?”

Restaurant and hospitality associations in several states have echoed Canavan’s plea for help from local, state and federal governments.

The city of Chicago, a hotbed of pizza restaurants and innovation, is currently working with the Illinois Restaurant Association to craft a bailout package for its restaurateurs and employees. At the national level, the White House and congressional leaders are mulling plans to provide $1,000 checks to every American and low-interest loans of up to $2 million for small businesses affected by the coronavirus pandemic, which would include most independent restaurants.

Sam Toia, president of the Illinois Restaurant Association, believes government leaders have an obligation to shore up the restaurant industry as it has done for other sectors in the past. “The federal government has got to do for the hospitality/restaurant industry in 2020 what they did for the auto industry and the bank industry in 2008,” he told the Chicago Sun-Times, in a clear reference to the controversial government bailouts during the Great Recession. “The federal government needs to step up and come up with money—real money—to keep these restaurants open. It’s bad.”

Other state and regional associations, including Hospitality Minnesota and the New York City Hospitality Alliance, have also requested financial and tax assistance for industry operators in the past couple of days.

President Trump has said he wants to provide money to keep the airline industry afloat. But as Politico reports, lawmakers face tough choices as to which industries they will and won’t directly help. Douglas Holtz-Eakin, president of conservative think tank American Action Forum and a former director of the Congressional Budget Office, said political leaders will have to consider which industries “have a spillover value to the rest of the economy.”

That probably doesn’t include the restaurant industry, he said.

“I think of transport—whether it’s trains or trucks or airplanes,” Holtz-Eakin told Politico. “You want to look at those and where there’s distress that you can help. You want to go in and do that because it spills over to every part of the economy. I don’t think the same case can be made for restaurants and hotels. I care about the workers and employees, but you know when you build restaurants and invest in hotels, you take business risk. And this will be a bad year for them.”

In fact, restaurants are leading job creators and, in many cases, pillars of the community throughout the U.S. According to National Restaurant Association research, the industry employs 15.6 million people – nearly 10 percent of the country’s workforce. Prior to recent events, restaurant spending accounted for 51 percent of the food dollar in the U.S. More than six in 10 adults have worked in the restaurant industry at some point in their lives, and nearly 50 percent got their first job experience in a restaurant.

The NRA also says restaurants are the top employers of teenagers, with one in three employed teens working restaurant jobs.

In its 2020 State of the Restaurant Industry Report, the NRA forecast national sales of nearly $900 billion this year, but that seems unlikely in light of the coronavirus pandemic.

CNBC reported on Tuesday, March 17, that President Trump had spoken with representatives from large restaurant companies like Domino’s Pizza, Yum Brands (parent company of Pizza Hut), Papa John’s, Chick-fil-A, Subway, McDonald’s and Wendy’s. According to the report, an unnamed industry executive urged the president to create a fund that would provide cash flow for small business owners, including restaurateurs, and help them meet payroll.

According to one CNBC source, the president indicated his support and said, “I think you’re really going to like what we’re doing.”

Trump said last week that he would instruct the Small Business Administration (SBA) to provide low-interest (3.75 percent) loans to small businesses, which would include restaurants. Restaurant Business notes that the funds “will be channeled at the request of state governors” to businesses in “areas that have been particularly hard hit by the pandemic.” Restaurant Business says restaurant owners have traditionally been the biggest users of SBA loans.