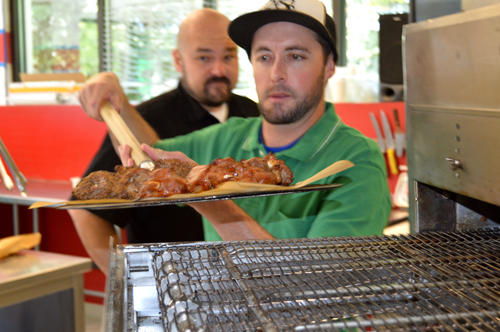 The National Restaurant Association (NRA) has filed a petition claiming New York's minimum wage increase for restaurant workers is Gov. Andrew Cuomo's way of dodging Constitutional separation of powers. The NRA adds that the September ruling authorizing the increase was arrived at without input from the restaurant industry.

Eater.com reports the NRA is asking New York's Industrial Board of Appeals to throw out an order from the state's Department of Labor that incrementally hikes fast food workers minimum pay from $8.75 to $15-an-hour by July 2021. New York's labor commission approved the increase after Gov. Cuomo went around the state legislature and convened a May panel that recommended $15 as a living wage for fast food workers. The raise applies to workers at restaurant chains with more than 30 locations. The NRA's 26-page appeal calls Cuomo's actions "blatant executive overreach."

Read why New York fast food franchise owners agree with the NRA and are considering filing lawsuits to stop the increase.