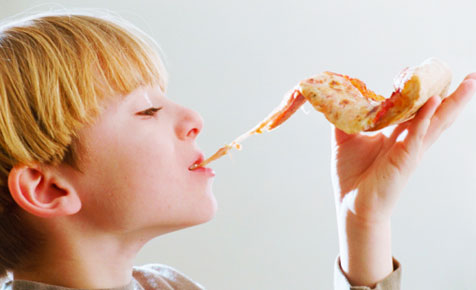 "There is a war brewing." That’s the stark, but realistic message of a report from market research publisher Packaged Facts. The report, called Pizza Market in the U.S.: Foodservice and Retail, 2nd Edition, outlines the conflict between the health and pizza industries.In the wake of the study published in "Pediatric," numerous articles detailing the relationship between kids and pizza claim that overeating of the popular food results in increased calorie consumption for youth. Some reports seem to put the blame on pizza itself instead of looking closer at the eating habit of youngsters.

Packaged Facts reports that pizza appears on a quarter of all kids' restaurant menus, and sales are growing. Despite the prevalence of pizza on kids' menus, there is a war brewing. Factors like the new "Pediatric" study, but also the nationwide shift towards health and wellness, has put a harsh spotlight on pizza and its popularity with youth. The report says pizza's craveable quality has convinced menu developers to push the envelope towards the less healthy side of the pizza option spectrum and not in the direction of placing pizza in the context of a well-balanced diet.

For more on the best way the pizza industry can overcome negative publicity, read on.