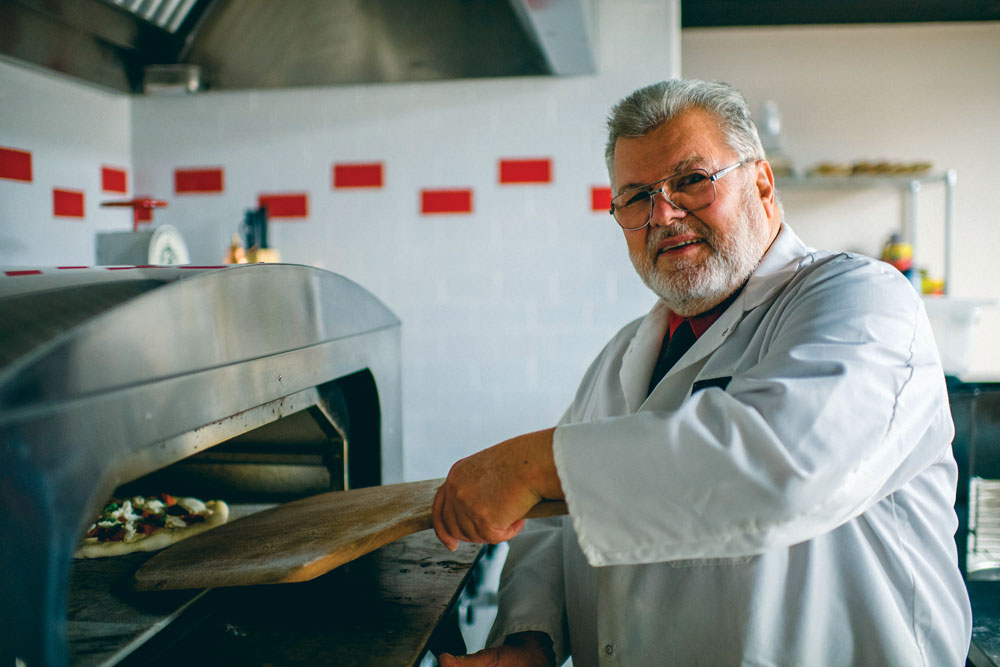 The pizza industry lost one of its greatest allies when Tom “The Dough Doctor” Lehmann passed away on Saturday, December 12, after battling COVID-19.

Recalling Lehmann’s life and unparalleled contributions to the pizza industry, a famous quote by Sir Isaac Newton springs to mind: “If I have seen further, it is by standing on the shoulders of giants.” Lehmann was, like Newton, a scientist, with an encyclopedic knowledge of the chemistry and physics that underlie the dough making and baking processes. And in our industry, he was a giant. It’s safe to say that countless pizzeria owners and pizza chefs have gotten far in this business by standing on Tom Lehmann’s shoulders.

Lehmann discovered his life’s calling by accident, as he once explained to PMQ. During his senior year in high school, he thought he had signed up for a world economics class. It turned out to be a course in home economics. “At first, I felt like an idiot,” he recalled. “But I soon came to the realization that I was the only boy in a class of nearly 30 girls. I thought, ‘Hmm, this might not be too bad after all.’

“We baked cookies, breads and rolls,” Lehmann continued. “This was the spark that ignited my lifelong interest in baking.”

After college, Lehmann went to work for the Manhattan, Kansas-based American Institute of Baking (AIB) and eventually became its director of bakery assistance. It was Tom’s job to solve—and help the layman understand—the mysteries of flour, dough and fermentation. His tenure at the AIB lasted nearly half a century, from 1965 to 2014, during which time he developed new programs, taught numerous classes and seminars, and consulted for foodservice clients around the country.

He came to be known as The Dough Doctor and one of the country’s leading experts on pizza dough. Starting with PMQ Pizza Magazine’s first issue, he contributed hundreds of columns and articles about dough and never charged a penny. As his busy schedule allowed, he also logged into our Think Tank forum, where he answered users’ questions about everything from baker’s percentages and parbaking crusts to cross-stacking dough boxes.

“He was always an inspiration,” said Richard “Daddio” Ames, owner of Daddios Pizzeria in Grande Prairie, Alberta, Canada, in a Think Tank post. “There was never a time when he didn’t teach me something.”

The news of Lehmann’s death inspired numerous tributes on Facebook. “He was like a professor whom you could consult with and was genuinely excited when he helped solve a problem you might have had,” wrote the owner of Johnny Rad’s Pizzeria Tavern in Baltimore.

In addition to the Think Tank, Lehmann also advised pizza professionals on the pizzamaking.com forum. “I never met Tom personally, but I considered him to be my mentor because of all I learned from him,” one poster wrote. Another said, “He was more than just knowledgeable about pizza and baking. He was generous with his knowledge and tireless in answering the endless questions that came his way.”

When a pizzamaking.com forum user asked him if he ever got burned out on the pizza world, Lehmann responded, “Occasionally I get those feelings, but then I’m reminded that there are so many new things happening with pizza and so many people in need of assistance that I quickly put those thoughts to rest and jump right back into the pool and seldom ever look back or have any regrets. I’m always up to trying one more slice, because I’m afraid I’ll miss something if I don’t.” 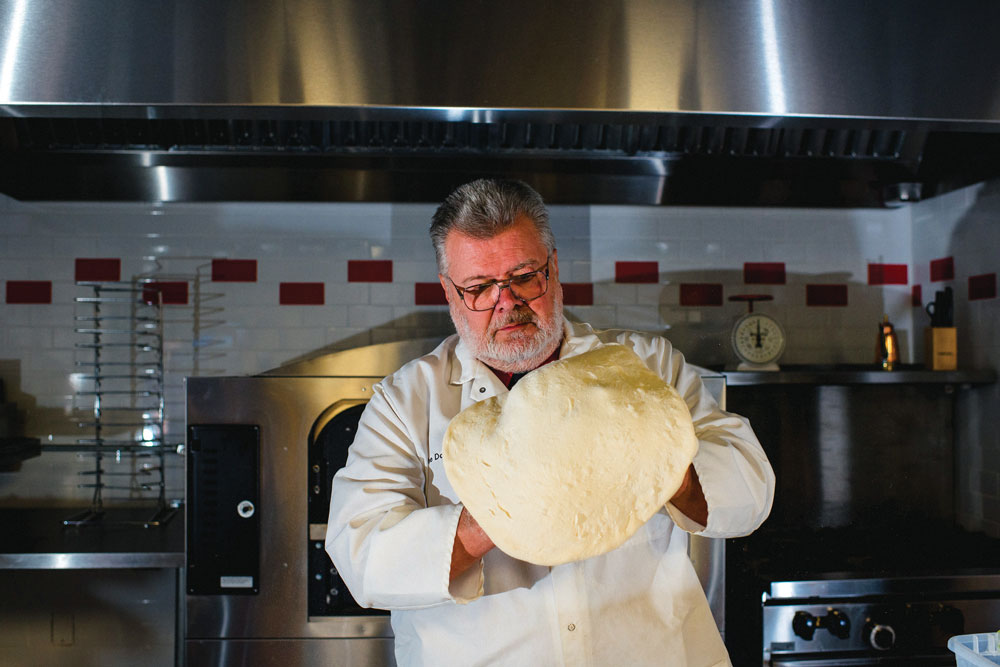 Lehmann was always up for a trip to PMQ’s office, too, where he sat down with us for interviews, recipe videos and photo shoots. Easygoing and friendly, he patiently answered every question we posed to him. When he wasn’t speaking to the camera about pizza dough, he delighted in regaling us with corny humor (the cornier, the better), smiling that winning smile all the while.

After he retired from the AIB, Lehmann continued writing his columns (he never missed a month) and advising and helping PMQ’s readers. And, again, he did it all for free. He didn’t have to do it. He did it because he loved it and because he genuinely cared about the success of each and every pizzeria owner who reached out to him. Whether you ever met him or not, if you were a pizza operator, Lehmann was your loyal and trusted friend.

Burly and barrel-chested, smart and strong, Lehmann remained physically active and mentally sharp in his so-called “retirement” years. He seemed damn near indestructible. But none of us are that. Even so, he left us too soon. It’s hard to imagine the pizza industry without Tom Lehmann. It’s hard, in fact, to imagine the pages of PMQ without him. We are deeply and forever grateful for all that he did for our industry. And our hearts are broken by the loss.