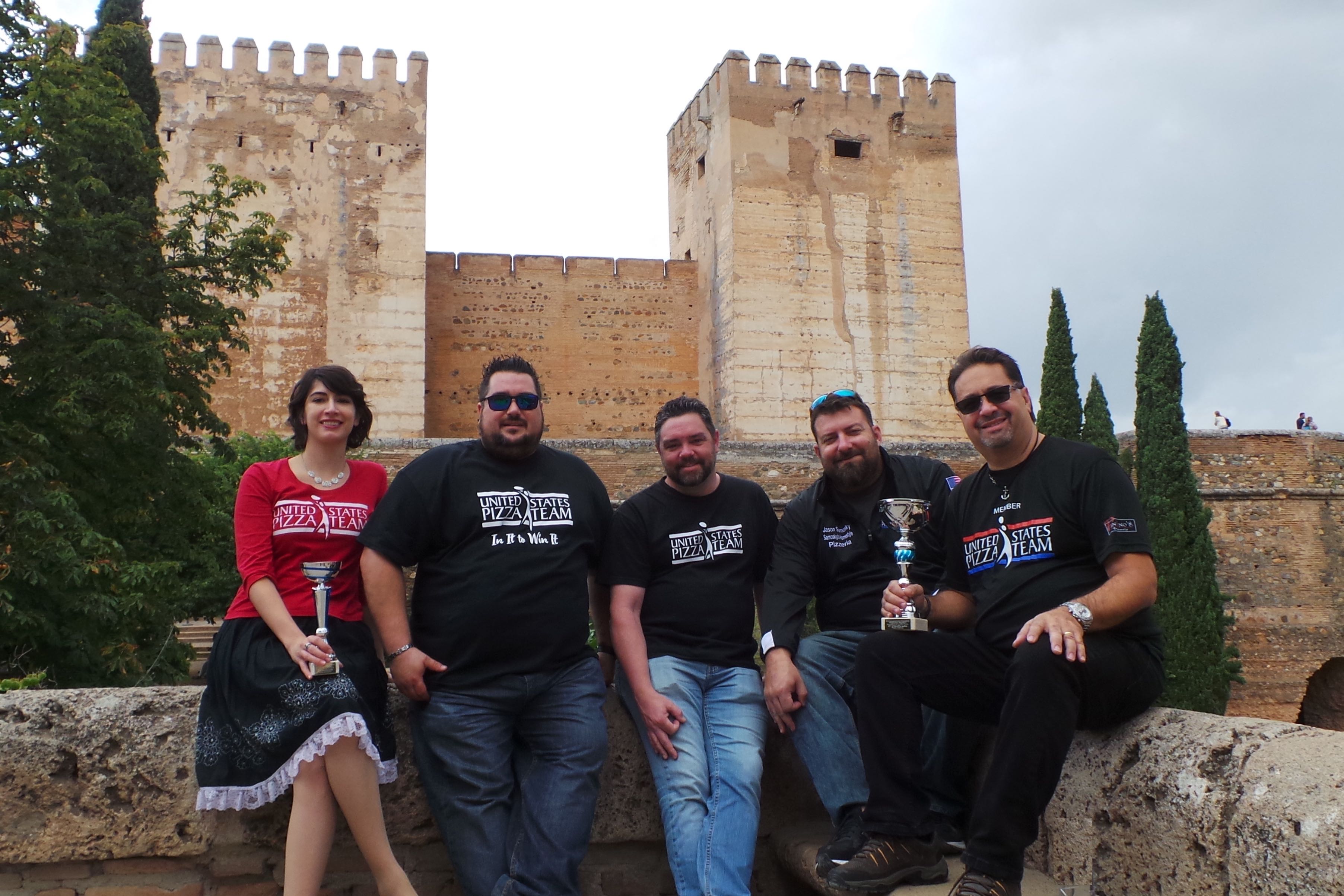 Spain’s historic city of Granada will be the backdrop of the the 4th annual “Pizza por Pasión” competition. The competition takes place October 7th during the Sabores de Nuestra Tierra food show, a regional trade show for Andalusia. It is organized by the UPIM (University of Italian Pizza in the World). Categories are in Pizza Classica, Best Presentation, Largest Dough Stretch, Fastest Pizza Maker and Acrobatics. 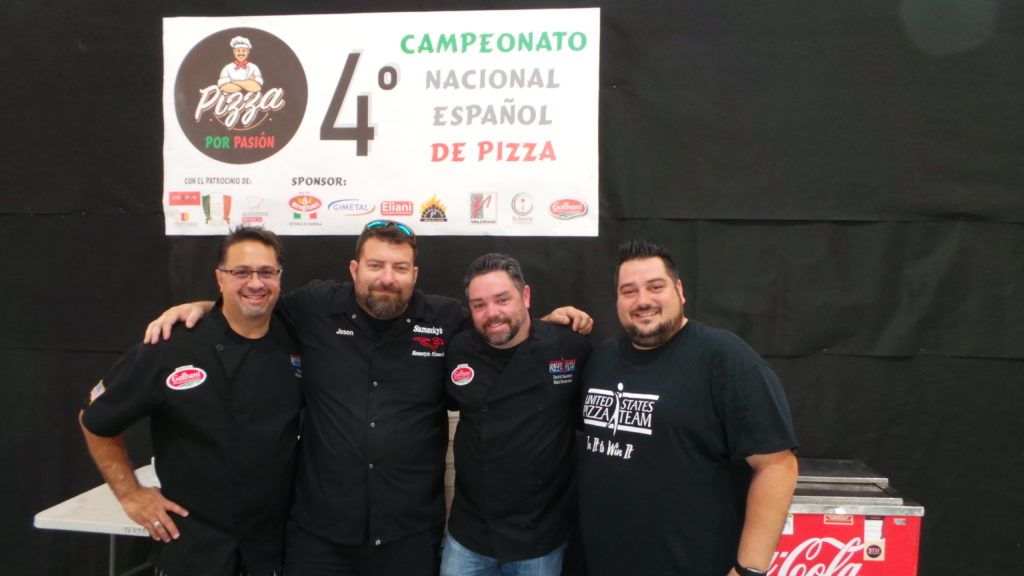 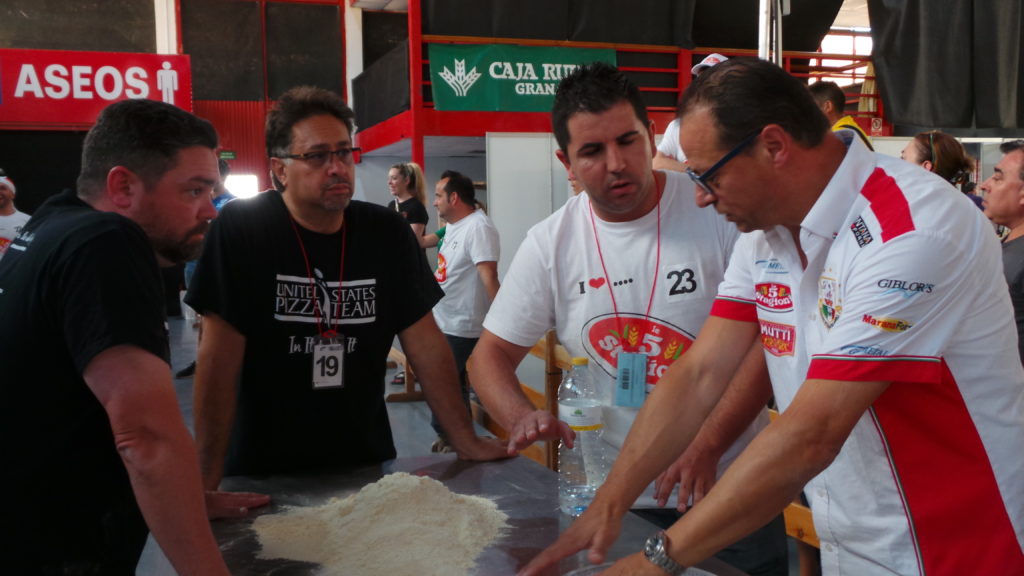 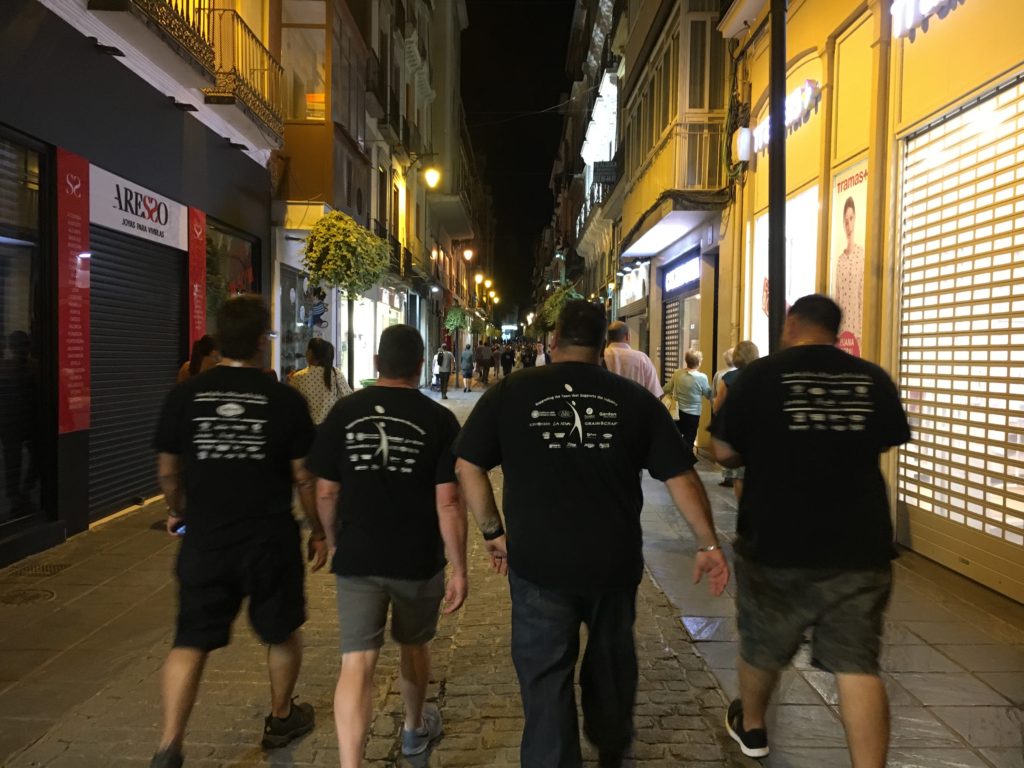 The other competitors – Dave Sommers, Michael LaMarca and Jason Samosky – came back home with experience and great memories. “There is so much to take in here: the food, the sights, the culture. But the people – it’s like we walked into a family member’s home. The people by far have been what made the trip in this beautiful place,” said LaMarca.

This picturesque town in southern Spain was once the capital of the Moorish empire. Influences of Arab, Jewish and Gypsy cultures abound in the city’s architecture, food and dance. The climate of the surrounding area is both mountainous and Mediterranean, ideal for growing olives, herbs and grapes. 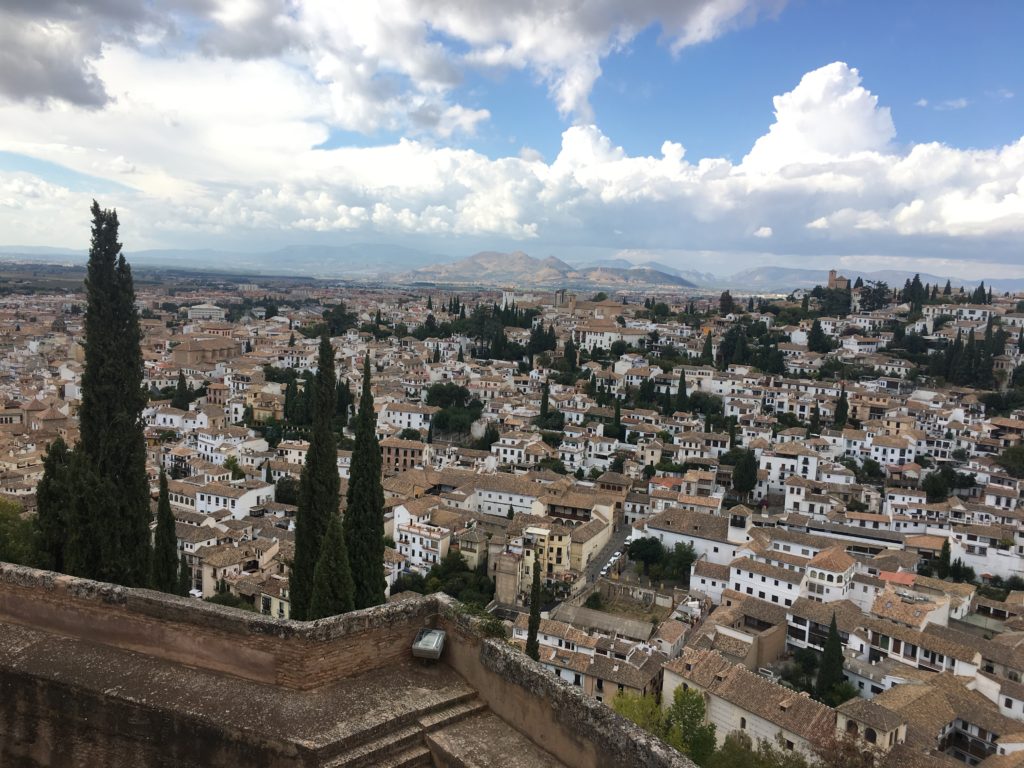 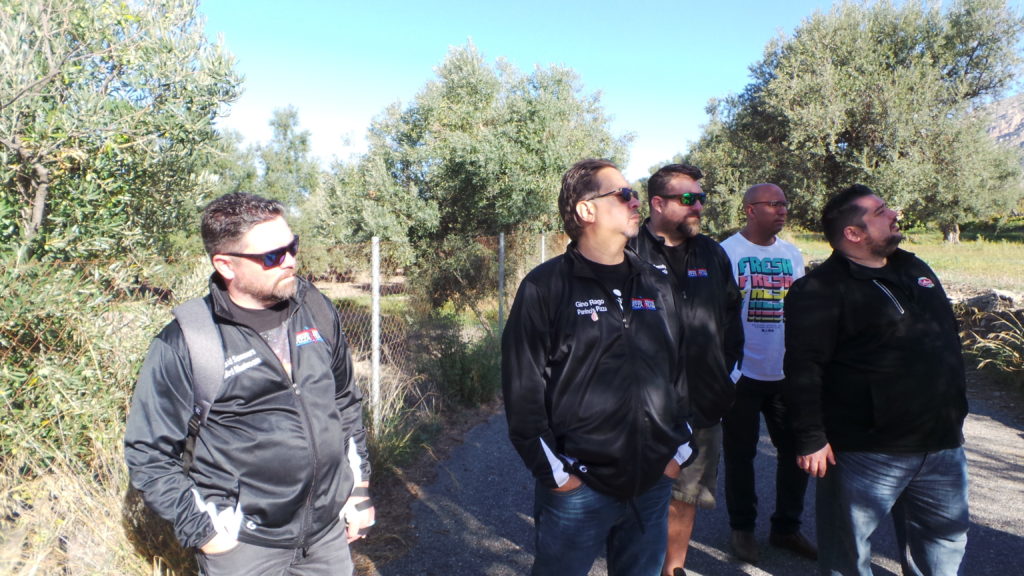 The team visited an olive orchard, roamed around the Alhambra palace and had some of the best seafood on the Southern coast. This year team members have been invited by a member of the Spanish pizza team, Luciano Grigolato, for an Argentinian barbecue at his home. Grigolato says he would also like to take the team to a local wine bodega with high-quality wine and invite the mayor to welcome the Pizza Team. 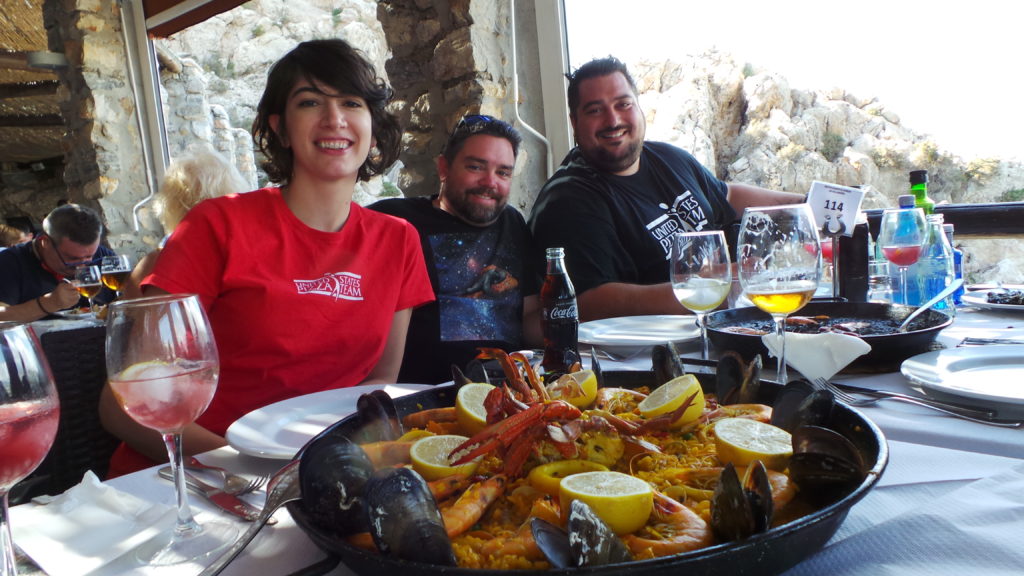 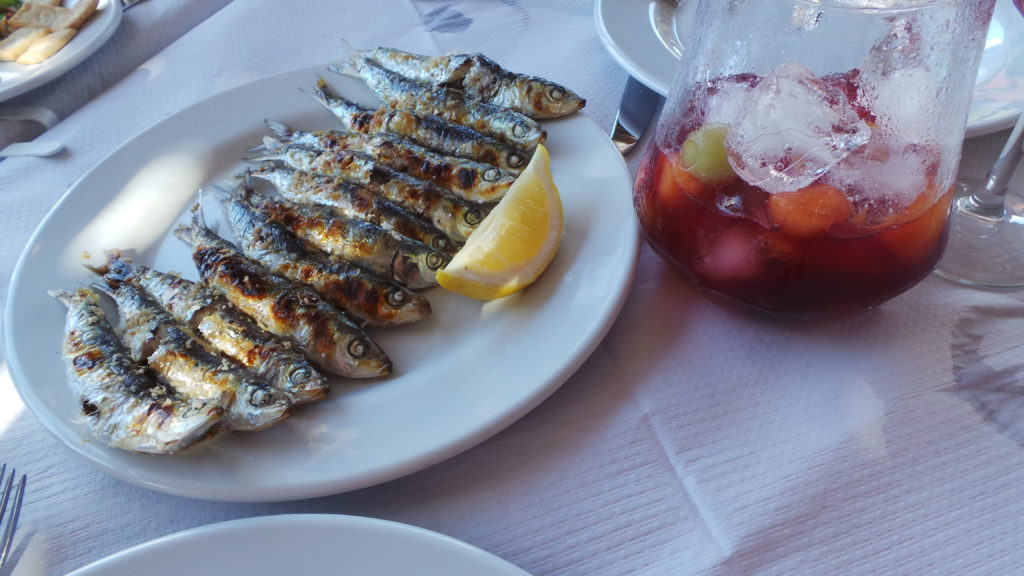 Places are limited! To secure your spot, email Antonio Ricciardi at info@upim.es and copy Missy Green missy@pmq.com. Events cost only 50 euros per category to compete. Flour company 5 Stagioni will sponsor the first place winner’s trip to Parma to compete in the World Pizza Championship on behalf of Spain! 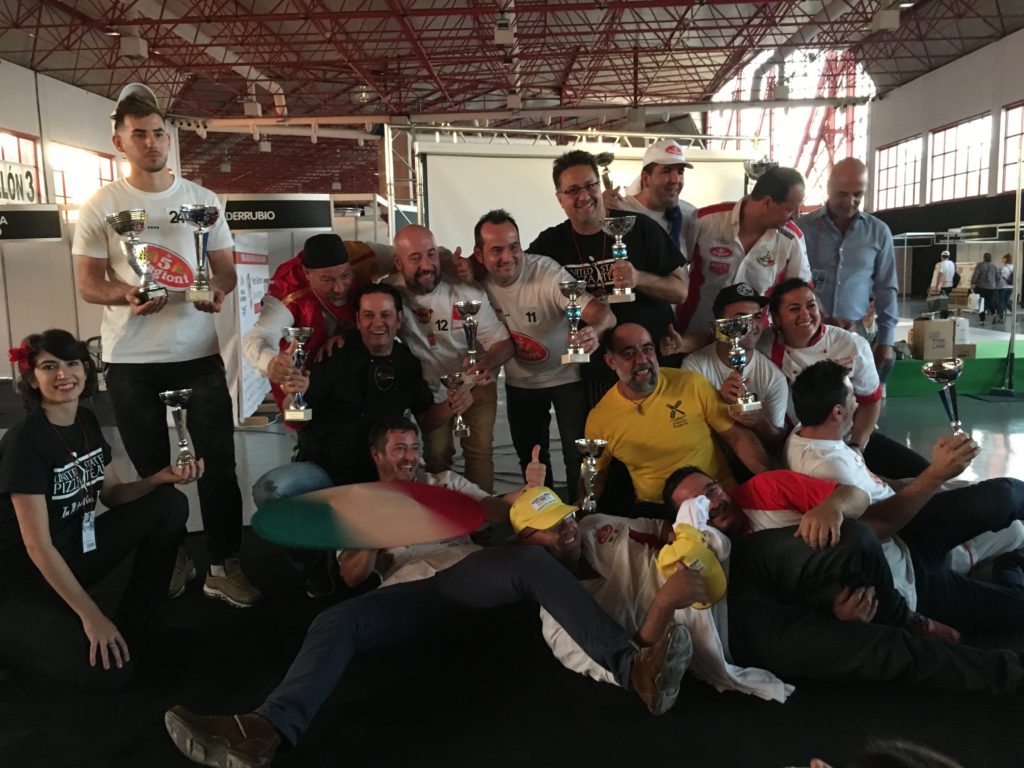