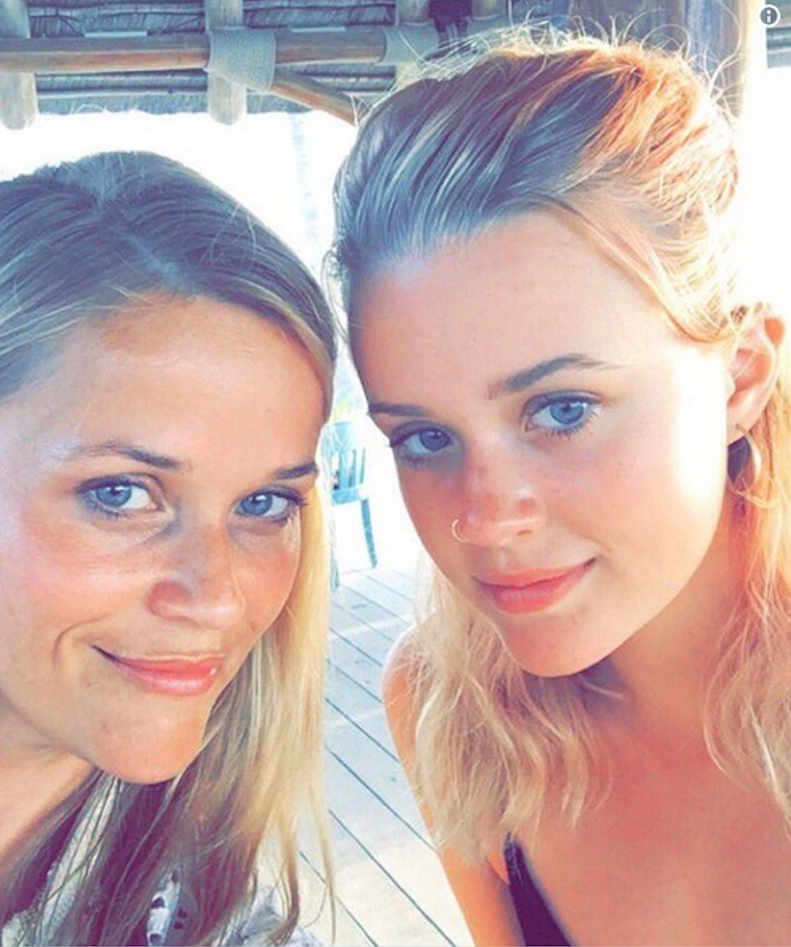 That’s according to Metro.co.uk, which reports that Ava Phillippe, daughter of Witherspoon and actor Ryan Phillippe, is working as a hostess at Pizzana. A number of photos, credited to Backgrid/Rex, show the young Ava greeting people at the pizzeria’s front entrance and escorting them to their tables. 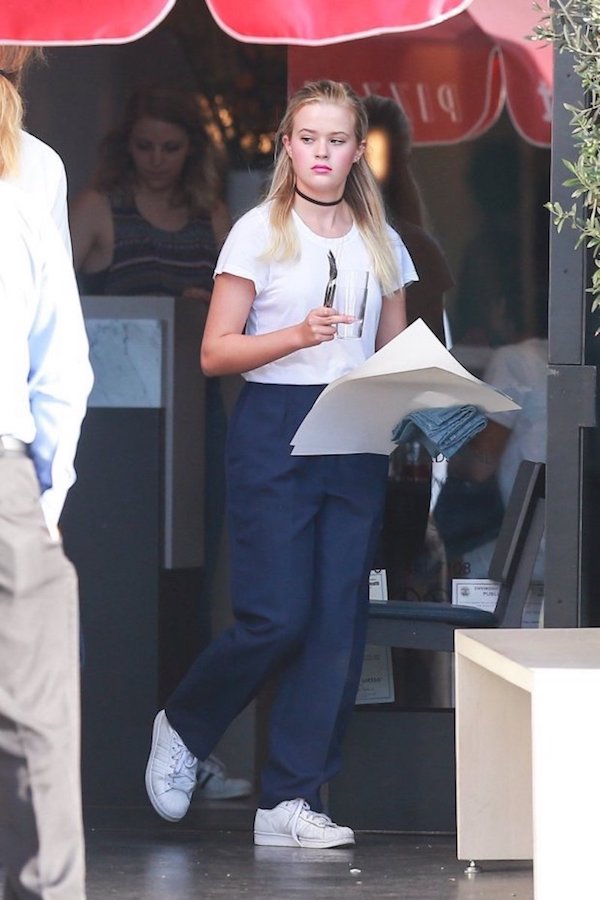 “Wearing a plain white tee, blue trousers, a choker and white trainers, she might have thought she could go unrecognized,” the website says. “But her lookalike similarities to her 41-year-old actress mum will no doubt have every diner realizing who she is.”

Indeed, mother and daughter look enough alike that multiple Twitter users have speculated that Ava is her mom’s clone. 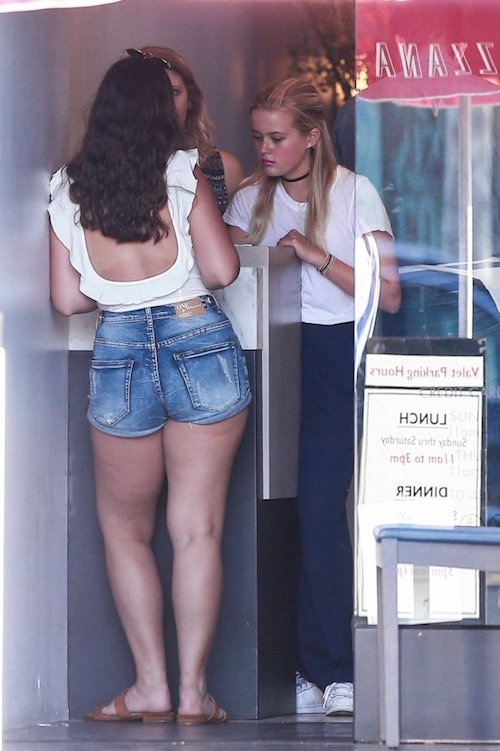 BravoTV.com describes Ava as “down-to-earth,” adding that “she drives a used Volkswagen Jetta, volunteers with kids” and plans to attend college in the fall. Career and executive coach Maggie Mistal told BravoTV that Witherspoon, who was born in New Orleans and grew up in Tennessee, is trying to raise her kids right. “As a mom, she’s teaching [Ava] to be humble,” Mistal said. “Her daughter might get perks because she’s her daughter, but she’s trying to instill life skills so she can create her own success. Living off someone else’s success isn’t very fulfilling. You need to get exposure, you need to understand what regular people go through.”

And we can’t think of a better way to instill a solid work ethic—and to learn about the lives of “regular people”—than working at a pizza restaurant, even a trendy one in Tinseltown.