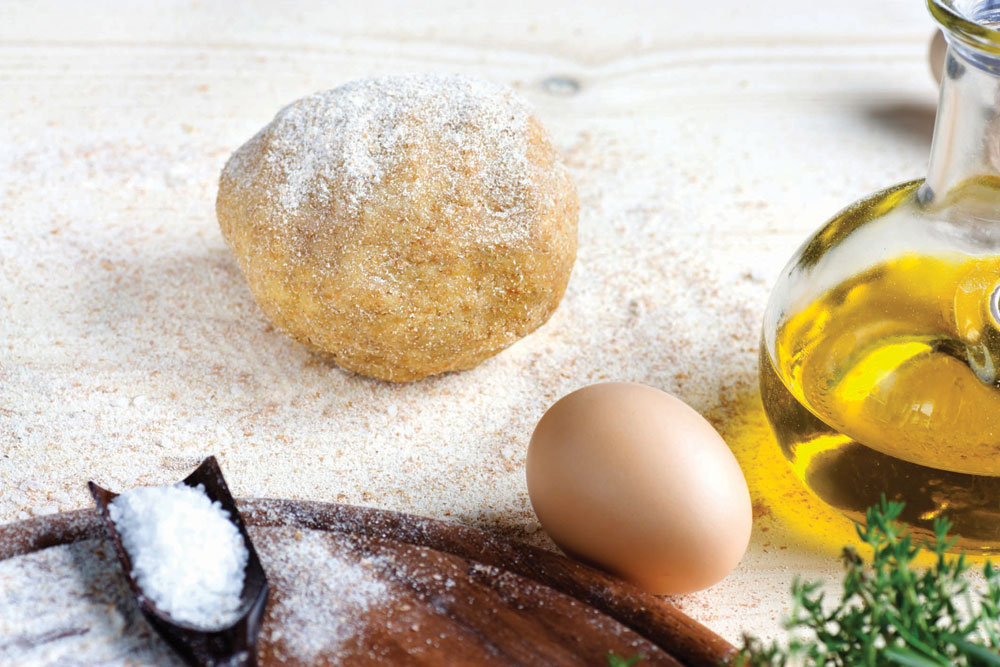 Q: How important is salt to the texture and taste of pizza dough?

There are various ways to reduce the amount of salt or sodium in your dough. Obviously, one method is to simply cut back on the amount of salt added to the dough formulation. Salt is often used at a level of 2% based on the quantity of flour—this amounts to eight ounces in dough prepared with 25 pounds of flour. Generally, the salt level can be lowered to 1.5% based on 25 pounds of flour—a total of six ounces of added salt—without a noticeable difference in the performance of the dough or the flavor of the finished crust.

Some ingredients—such as potassium, calcium, magnesium and choline chlorides, so-called “light” salts (blends of salt and other chemicals) and seasoning herb blends—serve as salt substitutes. These ingredients can be used to partially or completely replace the salt in your dough. But none of the sodium-free salts taste like regular salt, nor do they all behave like salt in the dough system. They also cost more than regular salt.

Some chefs increase the apparent saltiness in foods by heightening the umami flavor profile. Umami, a Japanese word meaning “savory,” refers to one of the five basic tastes—along with sweet, sour, bitter and salty—detected by the human tongue. Monosodium glutamate (MSG), inosine monophosphate (IMP) and guanosine monophosphate (GMP) all create the umami flavor. They are synergistic and provide more impact when combined than when used alone. But, like most salt substitutes, they are more expensive than salt, and some can impart an undesirable flavor. Additionally, many consumers have a negative perception of MSG, and high levels of it can create problems for MSG-sensitive individuals.

Finally, chefs can make reduced sodium levels less noticeable by boosting the overall flavor perception of their dough. Certain cooking techniques, such as smoking, grilling and broiling, can impart big flavor to otherwise bland products. Increasing the herb profile is another method to boost flavor intensity while lowering salt levels.

Jeff Zeak was a longtime contributor to PMQ and the former pilot plant manager for the American Institute of Baking (AIB). This article originally appeared in PMQ Pizza Magazine’s November 2012 issue.