Recipe of the Month: Strawberry and Banana Ciabatta with Nutella - PMQ Pizza Magazine 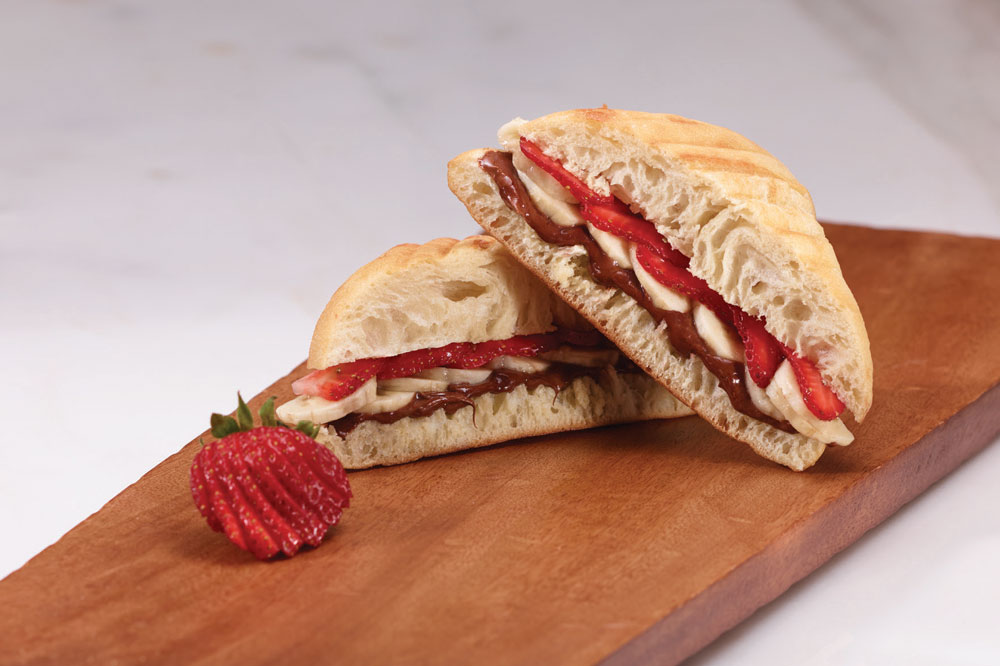 The Ferrero Group began in the picturesque town of Alba, Italy, more than 70 years ago and has since grown into a global company in the confectionary market. Did you know that the amount of Nutella produced in one year weighs the same as the Empire State Building?

The 21st century experienced the largest growth of ciabatta bread on sandwiches across the United States. Ciabatta is now available throughout many pizza, fast-casual, casual and fine-dining establishments.

Be inspired, be creative and be original. Try the Strawberry & Banana Ciabatta with Nutella today!

Heat panini grill to medium-high. Press bread on grill for marks. Spread ½ oz. of Nutella over one slice of toast. Assemble fruit on the slice and place a second slice of toasted bread, also spread with ½ oz. of Nutella, on top. Sprinkle with ½ tsp. of powdered sugar (optional). Yields 9 servings.