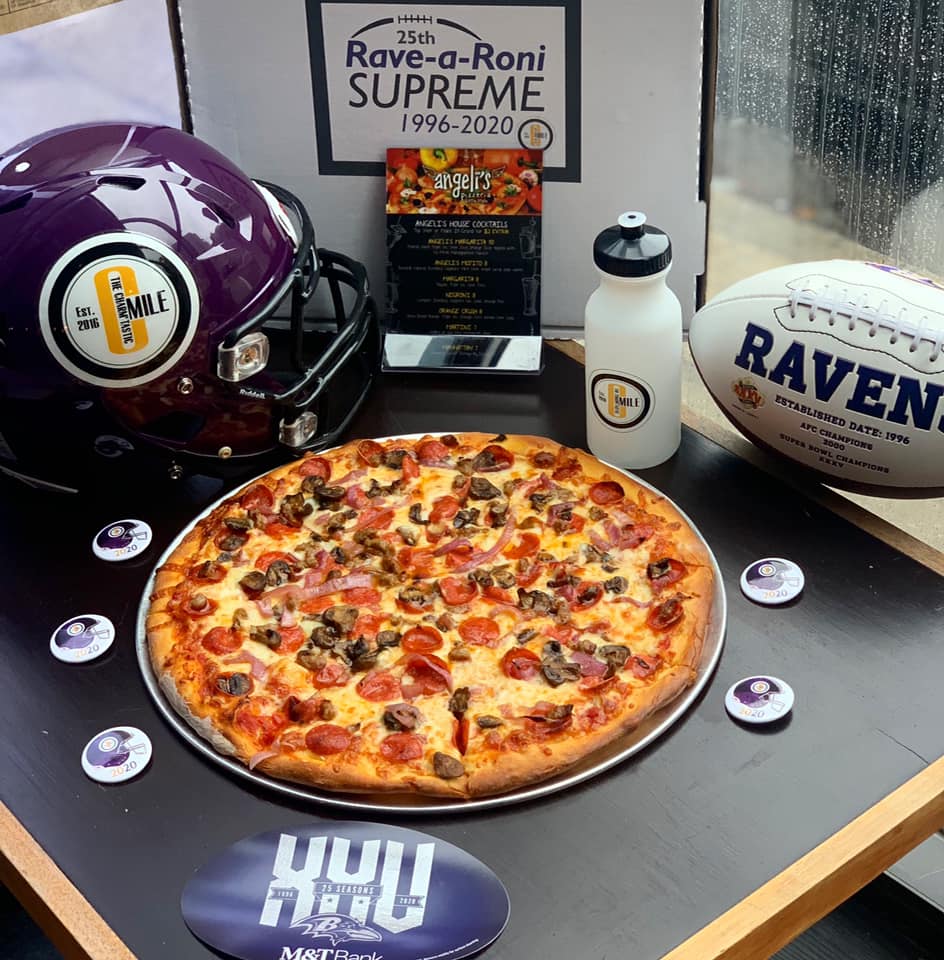 Did this pizza from Angeli’s Pizzeria help the Baltimore Ravens clinch a spot in the NFL playoffs this year? Probably not, but it definitely kept fans’ spirits up all season long as the pandemic limited in-person game attendance.

The Ravens ended the regular season with a 38-3 win over the Cincinnati Bengals and clenched a wild-card berth on Sunday. It will be the team’s third straight postseason appearance.

Angeli’s Pizzeria has been cheering the hometown team on with its signature Rave-a-Roni Supreme and Rave-a-Roni Veggie Supreme pizzas since the opening night of the 2020 NFL season.

Related: 4 tips for selling more pizza during the Super Bowl

Angeli’s introduced the pizza in celebration of the Ravens’ 25th anniversary. It was a smart move since the vast majority of Ravens fans have been stuck at home watching the games on TV, making them hungrier than ever for Angeli’s carryout and delivery pies.

Business Insider hailed Angeli’s Pizzeria as the best takeout restaurant in Maryland last April. In March 2020, Hoodline ranked Angeli’s as one of Baltimore’s top 4 Italian eateries based on Yelp reviews.